Is the government subverting television regulation? 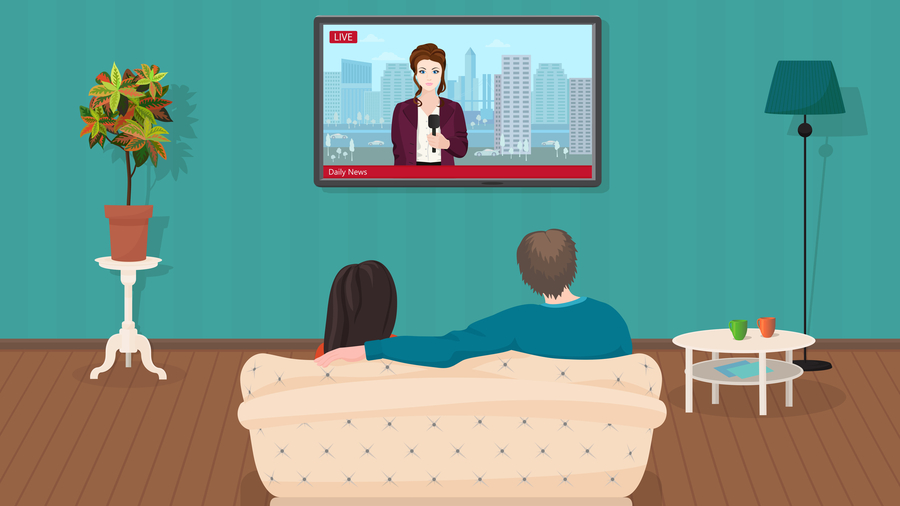 A TV ratings scandal has broken out simultaneously and a carefully nurtured media culture of dog-does-not-eat-dog is showing cracks.
Shutterstock
Sevanti Ninan   |     |   Published 19.10.20, 12:03 AM

The news broadcasting business is under the scanner, and on the face of it, it looks like we are at a tipping point for the industry. The Supreme Court and high courts are examining news broadcasts even as complaints and public interest litigations are being filed. Advertisers are speaking out on the tenor of news shows — something they rarely do — and suggesting that they will not put their ads on ‘toxic’ programmes. A Bollywood fraternity of 34 producers and four industry associations has filed a civil suit that seeks to restrain news channels from making derogatory and defamatory remarks against their members and conducting media trials.

All this over the last two months. A TV ratings scandal has broken out simultaneously and a carefully nurtured media culture of dog-does-not-eat-dog is showing cracks. TV anchors are naming rival channels with alacrity in the rating scam.

But are the scrutiny and the pushback enough to make TV news less toxic? And for how long? The Broadcast Audience Research Council, the TV viewership measurement body, has responded by suspending weekly ratings until the problems are addressed. There have been ratings scams before, but corruption has few permanent solutions. As for content and what drives it, understanding what was driving the Sushant Singh Rajput story helps locate where the problem really lies.

Two pieces of research, which have emerged in recent weeks, establish the drivers for the frenzy the country has witnessed since an actor committed suicide.

The first study called Anatomy of a Rumour: Social media and the suicide of Sushant Singh Rajput examined data from Twitter, YouTube, and an archive of debunked misinformation stories to locate patterns. They found that retweet rates on Twitter clearly suggested that those who commented benefited from talking about the case. It got higher engagement than other topics. More significantly, they found that politicians, in particular, began to change the course of the discourse by referring to the case as ‘murder’ rather than ‘suicide’.

One of the authors, Joyojeet Pal, an associate professor at the University of Michigan, writes that although depression and mental health were central to the discussions right after the actor’s suicide in June, as time went by, conspiracy-related topics became more prominent and the Bharatiya Janata Party was much more aggressive than the Congress in discussing murder rather than suicide. Simultaneously, the Bollywood industry became a central focus of trolling, with the trolls declaring themselves nationalists. One piece of misinformation put out suggested a Pakistani hand and the presence of Dawood Ibrahim among Bollywood stars.

TV stories were part of the ammunition. The study suggests that viewers were drawn in by the story of an outsider making it in the difficult world of show business before his tragic end and rewarded news channels for following this story. It also tracks Republic TV’s aggressive coverage following the conspiracy angle suggested by the ruling party, and the meteoric viewership ratings that it got. The Mumbai police and the Maharashtra government got their share of attention, which suited the BJP’s political agenda. “The local police was proposed as incompetent, or in cahoots with the cabal, the state government itself was presented as nepotistic and inimical to the interests of poor outsiders.”

The researchers looked at online groups claiming to seek justice for Sushant Singh Rajput and found “a heady mix of ultranationalism, casteism, distrust of Muslims, and misogyny.” Their study also found that the parliamentarian, Subramanian Swamy, became the most popular Twitter handle in wordclouds of trolls.

A second study gives a clear sense of the intensity of the in-studio pursuit of personalities. Two researchers filed an intervention application last week in the Sudarshan News case, which is before the Supreme Court. They used broadcasts by two of the anchors named in the Bollywood suit to document media trials.

These are the same channels and journalists named in the Bollywood civil suit filed in the Delhi High Court last week for derogatory and defamatory remarks against their members. Neither of them attracted any regulatory attention from the laws that are already in place, including the Cable TV Networks regulation.

In September, when the Supreme Court was looking at the Bindas Bol show on Sudarshan News, which was airing the series called UPSC Jihad, again there was no evidence of the Cable TV Act being deployed against the channel although the show clearly violated a number of its provisions. While Amul withdrew advertising from the show, the UP government did not.

The information and broadcasting ministry has a history of resorting to arbitrary bans to penalize channels for specific offences. Neither Sudarshan TV nor Zee TV, which ran a series on different kinds of jihad earlier this year, has been penalized with bans by the ministry.

But it did order a ban on two Kerala channels earlier this year for their coverage of the Delhi riots. It alleged that Asianet News and MediaOne TV’s coverage of the riots “could incite violence and pose danger to maintenance of law and order,” and accused both of siding with a “particular community” in their coverage. MediaOne TV was accused of improperly questioning the role of the Rashtriya Swayamsevak Sangh, the parent organization of the BJP, in the violence. And Asianet of criticizing the role of the Delhi police in handling the riots. The ban was withdrawn after an outcry.

So what price a pushback from advertisers or Bollywood, or criticism from the courts, when regulation is imposed or subverted according to what the government of the day wants?