Any resemblance to any poem by T.S. Eliot is purely coincidental 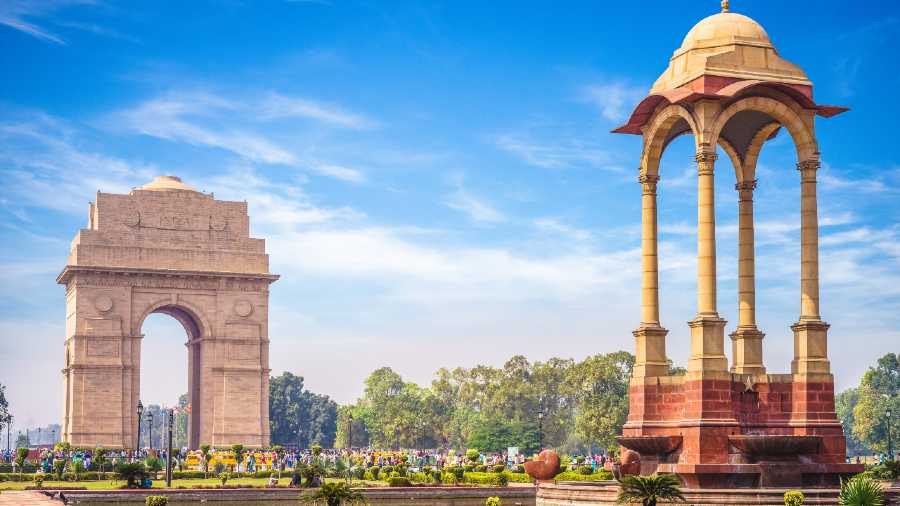 Make no mistake, holo has nothing to do with hollow, no more than hologram or holograph. Holos is Greek for whole and hologram is the three-dimensional image created by a photographic technique, which is known as holography. And what has been proposed for this the 125th birth year of Subhas Chandra Bose is a hologram of him at India Gate. Eventually, it will be replaced by a granite statue, Prime Minister Narendra Modi has promised. For now it is only holos and gramos --- message in Greek.

Modi is a fan and also a poster person of holos and gramos. In 2012, when he fought the Gujarat elections using holographic projections, at first many may have cackled at the idea, perhaps called it a ‘holo-campaign’ in private. It took a while for the opposition parties, the Congress and the Gujarat Parivartan Party, to wake up to such a campaign’s impact and efficacy. When Modi was addressing people at Ahmedabad and Rajkot, Baroda and Surat simultaneously, it was reported that the Congress barely got its advertorials right. The CPM’s Brinda Karat slammed the effort saying, “When the state government has done nothing, they have to resort to such tactics.” But "tactic" won the election and the effort found its way into the Guinness Book of World Records too.

During general elections 2014, it was holos gramos all the way and Indians were lapping it up. Modi appeared in his holographic avatar in close to 1,500 rallies. He appeared in 128 rallies simultaneously. Crores and crores of rupees were spent on this 3D-style poll. Today prime critic, then prime holos gramos I-pac man Prashant Kishor had said, “The hologram was all about making him omnipresent. The second idea behind doing the hologram was (to project that) only Modi can do this.” Indeed, only Modi can. For now the rejected Bengal tableau celebrating Subhas Bose is forgotten and all attention and accolades have shifted to a holos gramos.

Eliot wrote no poem about no holo man. But he did write these lines, “We are the hollow men/ We are the stuffed men/ Leaning together/ Headpiece filled with straw. Alas!”