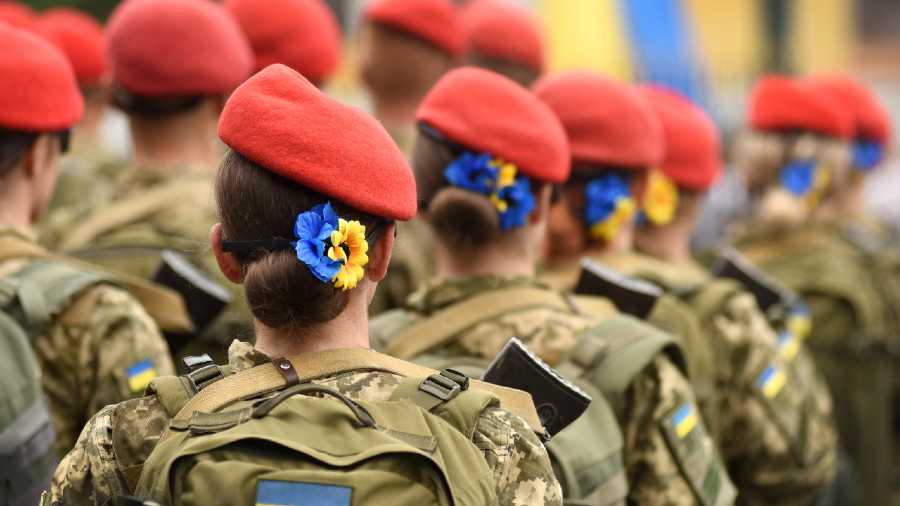 By now everyone knows how a woman in Ukraine walked up to a Russian soldier last week and shouted profanities at him for invading her country. As she walked away she flung at him this thought: “You should put sunflower seeds in your pockets so that they will grow on Ukrainian land after you die.” Now, the sunflower is the national flower of this east European country. The black steppe soil is good for the plant. In June 1996, to mark Ukraine's complete nuclear disarmament, top defence officials of the United States, Russia and Ukraine scattered sunflower seeds in a field at the Pervomaysk missile base in southern Ukraine. The same field that contained destroyed remains of missiles in underground silos. That day, the US defence secretary William J. Perry said, “It is altogether fitting that we plant sunflowers here at Pervomaysk to symbolize the hope we all feel at seeing the sun shine through again.”

Saying it with flowers

There is something about flowers and war. Last August, in the run-up to the fall of Kabul and thereafter, Afghan artist Shamsia Hassani did a series of drawings of a young woman and the dandelion. The dandelion is a flower commonly found across Central Asia. In one drawing, the fallen grenade seems to be sputtering florets of the dandelion. In another, posted immediately after the fall of Kabul, a Taliban fighter is seen standing tall. Whether he blends into the dark background or the darkness congeals into him is for you to decide. But before him stands a young woman in copper sulphate blue and a scarlet headscarf. In her hand is a black flowerpot, which on closer look turns out to be the fallen grenade from the other frame. In the pot is a single dandelion, white, fuzzy, taking off like a projectile or a stray wish. Hassani has captioned it thus: “Maybe it is because our wishes have grown in a black pot.”

In March last year, anti-coup protesters in Yangon, Myanmar, launched flower strikes. The military had overthrown the elected Aung San Suu Kyi government and seized control on February 1. What followed were civil disobedience movements that snowballed into a civil war. More than 1,300 civilians were killed, tortured. The flower strikes saw people marching down the streets holding padauk or yellow rosewood flowers in memory of those who had fallen. In June, civilians wore flowers in their hair and took to the streets to express their support towards the deposed Suu Kyi. Sunflower, padauk, dandelion, and then, of course, there are poppies, inextricably linked with war since the Napoleonic wars of the 19th century. It is said that the bombardments of war made the barren fields of Flanders in France rich in lime and therefore conducive to a riotous growth of the red poppy flower. Long after, in 1915, Canadian physician Lt Colonel John McCrae wrote after a friend of his died in the Second Battle of Ypres: “Take up our quarrel with the foe:/To you from failing hands we throw/ The torch; be yours to hold it high/If ye break faith with us who die/We shall not sleep, though poppies grow/In Flanders fields.” Flanders Fields was a major battle theatre on the Western Front during World War I.