Modi sees himself as an agent of fundamental transformation 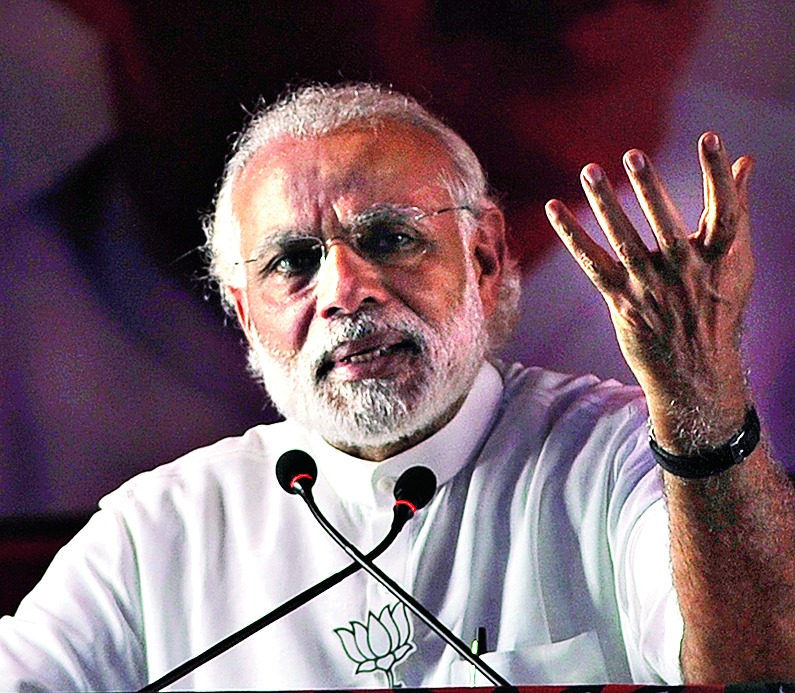 Brexit and Donald Trump produced election results this year that flummoxed political and diplomatic circles throughout the world. But this was not the only occasion. In May 2014, most foreign embassies in New Delhi were quite surprised and occasionally at a loss for words at the scale of Narendra Modi's electoral victory. They had factored in a possible Congress setback and even the Bharatiya Janata Party leading a coalition government, but an outright majority for Modi was never factored in.

The outcome, quite predictably, led to a panicky reaction since most embassies had depended on their usual English-speaking media contacts for insights. Only a few Asian countries had even bothered to develop independent connections with a man who had been chief minister of Gujarat for the past 13 years. One embassy of a very important country tried to retrieve the situation by facilitating visits by retired diplomats who had served during the term of Atal Bihari Vajpayee between 1998 and 2004. The assumption was that those who had developed friendships during the previous National Democratic Alliance administration would be in a better position to understand and anticipate the Modi agenda.

I am not privy to the reports these India hands wrote for their foreign ministry desks. However, I suspect that their insights into how the Vajpayee government operated 10 years ago helped very little in attempting to come to grips with either the style or the political philosophy of the new prime minister.

The reality that Modi is blessed with a distinctive approach has gradually seeped into the consciousness of the political punditry over the past 30 months. Yet, despite this awareness, there is a high level of cluelessness over what exactly to expect.

Part of this uncertainty stems from the fact that Modi is probably one of the few politicians who is a loner. Unlike most politicians, he is disinclined to nurturing a durbar that invariably has a large share of hangers-on. The prime minister operates with a very lean personal office that includes people who are not inclined to run a proverbial 'private practice'. On top of that, Modi himself is no socializer. He keeps his attendance at social functions to a bare minimum and most of his interactions are work related. Consequently, the tradition of fixers and intermediaries who could be trusted to bend the leader's ears and intercede on behalf of someone has been put on hold. Modi always had a certain wariness of the cosy culture of Lutyens's Delhi and on moving into Race Course Road (now renamed Lok Kalyan Marg) he has put it into practice, much to the consternation of the ancien régime that feels dispossessed on political power and influence.

Take the decision on demonetization as an example. For the first few days after the November 8 announcement, a section of the Opposition convinced itself that some people had prior information of the decision. In Parliament, the Congress and the Trinamul Congress demanded a joint parliamentary committee to probe into suspicions of insider trading. The former prime minister, Manmohan Singh, couched his indictment of the economic logic of demonetization with the grave charge that the country witnessed "organized loot and legalized plunder". On his part, the Congress vice president has competed with the Delhi and West Bengal chief ministers in levelling unsubstantiated charges of cronyism.

At one level, these charges of insider trading are part of the culture of hurling insults and calling your opponent a thief. Those levelling the charges may not even be convinced of their veracity. However, at another level, there is a huge surprise, bordering on absolute disbelief, that a decision of this enormous magnitude could be kept secret in an otherwise porous Indian system. The question as to who exactly knew before November 8 has become a subject of intense speculation. In the Rajya Sabha, the loquacious Samajwadi Party MP, Naresh Agrawal, suggested that the finance minister, Arun Jaitley, could surely not have known about the exercise prior to the late-evening broadcast because he is apparently incapable of keeping a secret. The observation was greeted with some amusement but there was a larger point. Whether it is to do with the post-Uri surgical strikes against Pakistan or the demonetization announcement, Modi has displayed his ability to motivate his ministers and officials to rise to the occasion. He has succeeded in creating a culture of purposefulness and commanding leadership. It is not that every decision is a command from the top - Modi revels in a focussed discussion and is not afraid to take one step backwards - but that his ministerial team has moulded themselves to fit the new style of leadership.

The unquestioned dominance of Modi in a party that has traditionally favoured a collegiate style has prompted speculation over a possible rift with either the party or the larger Rashtriya Swayamsevak Sangh parivar. In the first months of the Modi government, when the focus was on political appointments and the so-called "intolerance" assaulting Constitutional values, there were facile suggestions of the RSS being the real masters of India. Curiously, at the half-way point of the government these accusations have yielded place to the theory that Modi's imperiousness will create strains between the party and the government, just as it did between Vajpayee and the RSS. This is the opening that Modi's political opponents are desperately looking for.

There is always scope for friction between those who run the government and those entrusted with running the party. What is remarkable is how little evidence there is of the government and the party being out of step. Some of this can be attributed to the tact and nimble-footedness of the BJP president, Amit Shah, and the RSS chief, Mohanrao Bhagwat. Both seem to have imbibed the larger lessons of the tensions that existed between the sangh parivar and Vajpayee's PMO. On its part, the RSS has desisted from the micro-management that the former RSS chief, K.S. Sudarshan, attempted, particularly on appointments and policies. And Amit Shah has ensured that the party is sufficiently focussed on immediate issues to desist from the gossipy and dalali culture that often plagues political organizations when the focus shifts to governance. Indeed, what Modi appears to have done is to leave the entire business of political management almost entirely to the party. This may explain why internal opposition to demonetization - particularly from the section in the party most adversely affected by it - was so muted.

This delegation to trusted colleagues has always been a hallmark of Modi. During the 2014 election campaign, for example, Modi detached himself almost completely from the selection of candidates. He focussed single-mindedly on the campaign and to some extent, the publicity. Modi has often been unfairly accused of centralizing all power in his office. The reality suggests that, apart from patronage where he was extremely anxious to prevent misuse, there has been a huge delegation of authority to ministers and party functionaries. However, there is a fanatical insistence on accountability.

As he completes his half-way mark of the present term, Modi has altered the political landscape more profoundly than what people initially imagined. Some of the changes reflect the single-minded, work-oriented and austere personality of the man himself. However, there is a larger orientation. Modi does not believe that the mandate he secured from the electorate in May 2014 was merely to 'manage' the country. He sees himself as an agent of a fundamental transformation. And in this missionary zeal, he is guided above all by his foremost inspiration - Swami Vivekananda.