India’s leaders must realize that foreign policy begins at home 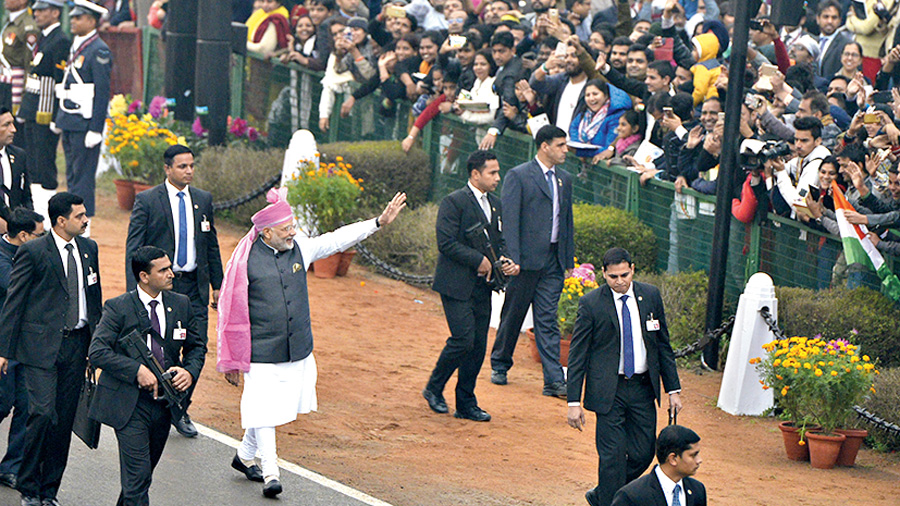 China’s Xi Jinping yearns to be loved. Anxiety neurosis, like narcissism, is inherent in the psychology of all absolute rulers. Adolf Hitler, Mao Zedong, Josef Stalin and Pol Pot probably also craved to be called “trustworthy, lovable and respectable”.

So does Narendra Modi. The hospitality extended to over 20 hand-picked European parliamentarians who were taken on a jaunt to Kashmir in October 2019 was an obvious exercise in ‘spin-doctoring’, which has been defined as an attempt ‘to explain the government’s message directly to the public without going through the distorting prism of media reporting’. It misfired when Chris Davies, a British Liberal Democrat, disclosed that his invitation was cancelled when he sought unfettered access to go anywhere and speak to anyone he wanted. While the European Parliament distanced itself from the initiative,

Davies told the BBC he was “not prepared to take part in a PR stunt for the Modi government and pretend that all [was] well” in Kashmir.

Modi’s boast of “made-in-India solutions” that not only “controlled the spread of the virus and improved our health infrastructure” but had also “given a shield not just to India but to many other countries in the world” was another demand for applause. If the applause was less than ringing, it was because the catastrophe of India’s second wave exposed the complacency and vanity of that attempt to cover up a disgracefully inadequate medical infrastructure.

The fault is not just Modi’s. But he has done little to repair the dereliction he inherited. All Indian leaders talk incessantly of doing things for India, but seldom for Indians. The promise of a chicken in every peasant’s pot on Sundays by the French king, Henry IV, to which Herbert Hoover gave modern resonance in his 1928 presidential campaign, has never seemed important to our rulers. Surviving public utilities like the railways or postal service are today limping relics of once-efficient colonial undertakings. India desperately needs hospitals, doctors, nurses, paramedical staff, ambulances, equipment and medicines. It needs relief from the fraud of a bureaucrat’s research paper comparing Indian and Chinese public healthcare that trotted out the names of expensive nursing homes in Delhi, Mumbai and Calcutta to illustrate Indian welfare. Perhaps sociologists will find an explanation in an unspoken conspiracy to conceal scabrous reality and maintain a traditional social hierarchy that has not changed drastically, as it has in China. A host of charities bearing the prime minister’s name are mainly a means of legitimizing patronage to buy votes.

A failed State assumes the collapse of aspiration and effort. Did either ever exist in India? Was India ever seriously on the brink of superpower status except in A.P.J. Abdul Kalam’s imagination and the condescending rhetoric of American diplomats playing up to our political windbags? The pace at which our bureaucracy works, police operations, the allegations that vitiate political life, unquestioning acceptance of ‘speed money’ at all levels and the vast and criminally growing gulf between rich and poor warn of ramshackle institutions of the State. Richard Nixon, whom we love to hate, thought the wonder was not that India was governed badly but that it was governed at all. Few of his critics know of Nixon’s Quaker grandmother who gave him a life of Mahatma Gandhi that he read over and over again when he was only 17. Or that he was convinced after visiting India in 1953 of Jawaharlal Nehru’s “personal thirst for influence, if not control, over South Asia, the Middle East and Africa”.

Nehru himself set the stage for today’s failures with the rhetorical question, “What does independence consist of?”, in the Constituent Assembly on March 8, 1949. “It consists fundamentally and basically of foreign relations,” he answered. “That is the test of independence. All else is local autonomy. Once foreign relations go out of your hands into the charge of somebody else, to that extent and in that measure you are not independent.” Nehru was deluded as a new brown entrant in a white man’s club. Modi seems dazzled by his intimacy with Barack Obama and “Bibi” (Benjamin Netanyahu). All our leaders neglect domestic obligations whose fulfilment alone would have earned respect. They chase foreigners instead.

The inevitable comparison with China once prompted Lee Kuan Yew to discuss in Forbes why China’s “peaceful rise” had “raised apprehensions”. Yet India prompted no unease despite an annual growth rate of between 8 per cent and 9 per cent for five years (under Manmohan Singh before the so-called ‘Gujarat Model’ sent the economy crashing) and the ability to “project power across its borders farther and better than China”.

Among the reasons Lee cited for the absence of concern were the Indian elite’s fluency in English, troublesome neighbours and the consequent need to watch the border, and democracy not because of abstruse moral reasons but because ruling coalitions of 10 to 20 parties made for an internal system of checks and balances. The suspension of nuclear talks with Washington because of the reservations of 60 Communist parliamentarians would have been inconceivable in China. He contrasted such inevitable periodic “domestic obstruction” with “the singleness of purpose in policy and its execution” China displayed.

Lee was anxious not to disparage India. He respected Manmohan Singh. Sonia Gandhi had invited him to deliver the Jawaharlal Nehru Memorial Lecture. He had rubbed shoulders with the global glitterati at two international conferences in India in 2007. Yet, reading between the lines of his Forbes article, it is clear he felt the West was justified in fearing China’s rise but losing no sleep over India’s growth. Whereas “[t]he speed of China’s change and the thoroughness, energy and drive with which the Chinese [had] built up their infrastructure and pursued their goals spring from their culture, one that is shared by the Koreans, Japanese and Vietnamese”, India would not pose a challenge until it got its social infrastructure up to First World standards.

Even a democratic China with multiple parties that lagged behind India economically would not allay Western suspicion. The Chinese would still be haunted by the “yellow peril” phobia reinforced by memories of the Cultural Revolution and Tiananmen Square massacres, not to mention objections to censorship. So, spin-doctoring wouldn’t solve Xi’s dilemma even if the Chinese system allowed it. Contrary to Lee’s assessment, however, a world which respects wealth and power will continue to deal with China while also continuing to try to cut it down to size. Xi may have to modify China’s “wolf warrior” (a term taken from a Rambo-style Chinese film) diplomacy whose provenance goes back to the 1793 Macartney Mission when King George III was commanded to “... Tremblingly obey and show no negligence!” But Xi is unlikely to make concessions on Tibet, Xinjiang, Hong Kong and Taiwan. Nor will the West insist. It knows its limitations.

India is different. It has no high-powered professional spin doctors like Ronald Reagan’s Michael Deaver or Tony Blair’s Alastair Campbell. Modi, who has never run the gauntlet of a press conference (so far as anyone knows), is wise not to risk a press secretary who might try to upstage him when not angling for employment abroad. But our durbari culture enables every rookie politician and many journalists to operate as spin doctors, hoping their image-building efforts will be noticed and rewarded with a diplomatic assignment, a corporate directorship or a Rajya Sabha membership.

But even they can do little to promote an Upper Volta not even with missiles. Nuclear-armed India is not a failed State. It’s a State that never took off. It will not do so either until its leaders realize that foreign policy, like charity, begins at home. The pandemic has exposed massive lacunae. Now is the time to invest in India instead of worrying about reports of China doubling its fleet of destroyers or transforming New Delhi into a ‘Modinagar’ that has eliminated all signs of Muslim or British rule.