Most members share the concerns about Pakistan’s money-laundering, but their focus is on getting it to change course 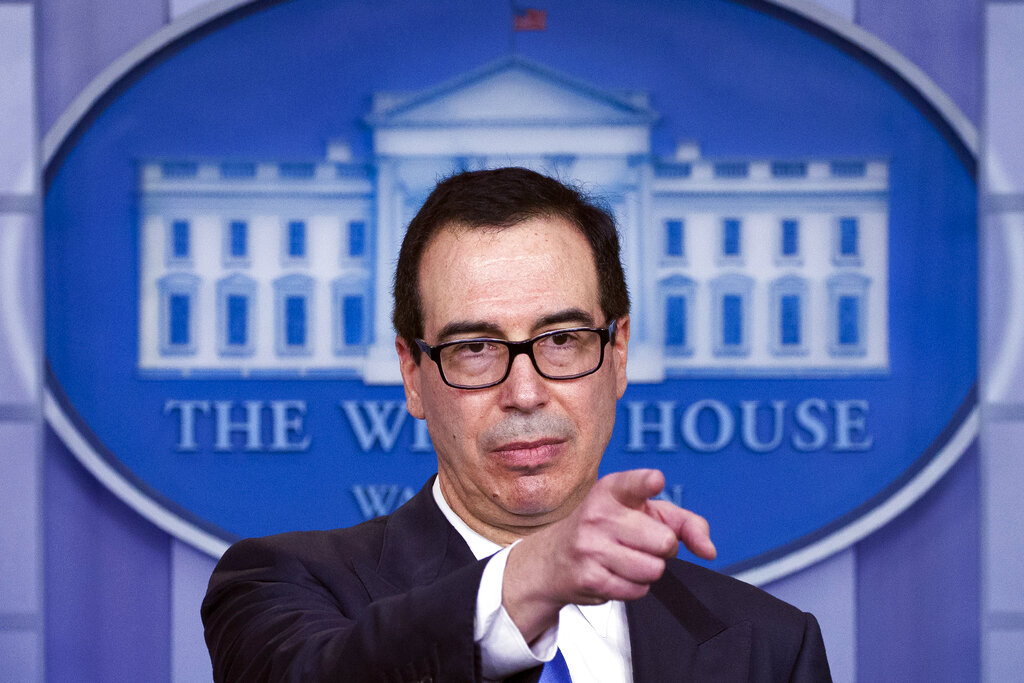 Of the 36 countries and two regional organizations which are members of the FATF, India was the only country which vigorously campaigned during the plenary in Orlando for blacklisting Pakistan. US treasury secretary Steven Mnuchin did not have a single word to say against Pakistan.
(AP Photo)
K.P. Nayar   |     |   Published 25.06.19, 02:48 AM

The outcomes of last week’s plenary of the Financial Action Task Force (FATF) give enough clues that India’s campaign to get Pakistan blacklisted by the FATF in October will be an uphill task. The immediate future course before the FATF and the hard realities of international financial diplomacy are not good omens for India’s campaign against Pakistan’s financial terror activities either.

On July 1, the chief architect of China’s anti-money laundering and counter-terrorist financing policies and regulations, Xiangmin Liu of the People's Bank of China, will take over as FATF President from Marshall Billingslea of the United States of America.

Billingslea is the US Treasury Department’s Assistant Secretary heading the Office of Terrorist Financing and Financial Crimes. His important last act as head of FATF was to preside over the June 19 to 21 plenary of the organisation in Orlando, Florida.

The People's Bank of China is the equivalent of our Reserve Bank. The profiles of the outgoing and incoming presidents of the FATF are similar. Both men have impressive records in policy development and international engagement related to anti-money laundering and countering the financing of terrorism, commonly known as AML/CFT in circles that deal with financial crimes.

Liu is not just any Communist Party apparatchik who mindlessly carries out orders handed down from Zhongnanhai in Beijing’s old Imperial City, which now serves as the headquarters of the Communist Party of China. For many years, Liu practiced law at a leading international law firm in New York. Later, he was a Fellow at Harvard’s Kennedy School of Government. He has a Ph.D. from Yale.

As a credible expert on where and how law and financial markets intersect, Liu is unlikely to be soft on Pakistan’s money laundering and terrorist financing of crimes, which have bled India through a prolonged low-intensity war in Kashmir and elsewhere. Pakistan has also provided financial oxygen globally to the Al-Qaeda parivar.

But Liu will also not allow Pakistan’s economic crimes to be politicised within the FATF, which is not like, say, the United Nations General Assembly or similar political platforms. The FATF has the clear and specific mandate to counter threats to the “integrity of the international financial system.”

Sources who have worked closely with Liu during the last one year, when he was the FATF Vice-President and second-in-command to Billingslea said the incoming president is more likely to persuade Pakistan and impress upon its leadership in the next three months to speedily implement an AML/CFT plan that it committed to carry out last year. The deadline for carrying out that action plan is September-October this year.

An FATF President convenes and chairs three meetings of the organisation’s plenary during his term. The next plenary will be in October when Pakistan will be in the dock if it is viewed by the FATF as continuing its money laundering and terrorist financing crimes. Here is where diplomacy and pragmatism are likely to play their part.

China’s leadership would not want Pakistan to be blacklisted during its FATF presidency. In addition to its global fallout, such blacklisting will adversely impact Beijing’s bilateral and multilateral engagement of Islamabad, notably the China-Pakistan Economic Corridor and the Belt and Road Initiative to the extent that it involves Pakistan.

At the same time, Liu has a reputation to guard. In all likelihood he will be the next President of the People's Bank of China, the equivalent of the Governor of the Reserve Bank of India. Any dereliction of duty as FATF President – and that includes unfairly letting Pakistan off the hook – could be a blot on his record that could hamstring Liu in his potential rise to the top as a leading figure on the global financial stage. In all likelihood, Pakistan will window-dress its AML/CFT strategy by September to the extent that it is not subject to FATF blacklisting.

Sources in Washington with insider knowledge of the Orlando proceedings said that of the 36 countries and two regional organizations which are members of the FATF, India was the only country which vigorously campaigned during the plenary for blacklisting Pakistan. Most members shared India’s concerns about Islamabad’s continued money laundering activities and terrorist financing crimes. But their focus was on getting Pakistan to change course, not on punishing it to a point of closing options.

One person involved in the Orlando process pointed out that since the FATF’s mission was to respond to threats to the integrity of the international financial system, those threats will remain even if Pakistan is blacklisted. The hardline Indian campaign in Orlando and in the run up to the plenary has created an impression that New Delhi’s effort is to ensure that Pakistan becomes a failed state. What other FATF members want is the opposite and see that Pakistan becomes a responsible member of the international financial community, howsoever challenging this task may be.

US Treasury Secretary Steven Mnuchin, who addressed the closing session of the Orlando plenary, did not have a single word to say against Pakistan. In his long address, he was, however, hard on Iran. The American delegation focused all its energy in Orlando on targeting Iran and North Korea.

In fact, the US State Department formally owned the measures which the FATF took against Iran last week. “The FATF reaffirmed its concern with terrorist financing risk emanating from Iran and the threat it poses to the international financial system. Three years after Iran committed to an action plan with the FATF, the majority of its necessary work remains incomplete,” a statement by the State Department said.

The story is similar with Pakistan but the Americans completely looked the other way on similar Pakistani transgressions and paid no heed to Indian concerns in this matter. The United Kingdom and other Western countries were primarily concerned at this plenary about cryptocurrency firms and the need for greater checks on them. They had no interest in going after Pakistan.

In the end, all that came out was a routine statement on Pakistan’s promise to complete what it had agreed with the FATF to do by September-October. Using that statement as a trophy in the campaign to blacklist Islamabad does a disservice to India’s interests in the global financial arena.