The unbridled use of plastic can lead to grievous consequences 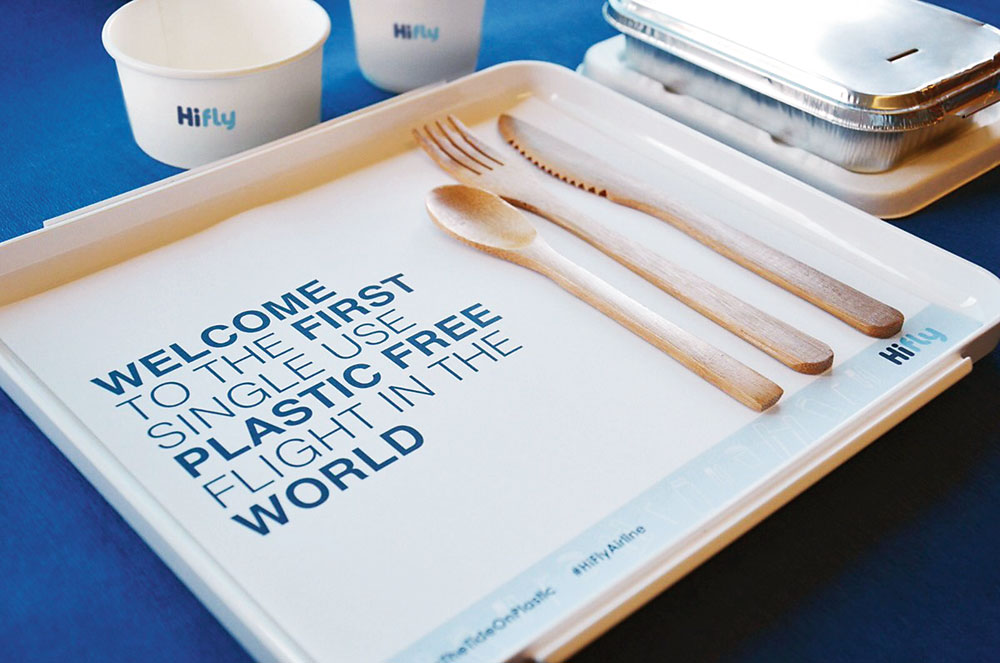 Sir — A Portuguese charter airline, Hi Fly, recently conducted plastic-free trial flights. The first such flight took off from Lisbon, Portugal, with no single-use plastic item on board. The unbridled use of plastic can lead to grievous consequences. A recent study at the Medical University of Vienna found microplastics in human stool for the first time. However, many of us are still ignorant about the harmful effects of plastic. For instance, how many people know that eating hot food off plastic plates can increase the risk of kidney stones? Indian airlines should also opt for eco-friendly alternatives without any delay.

Sir — The Narendra Modi-led government introduced a bill in Parliament to reserve jobs for those belonging to the economically weaker sections of the society (“Quota panic button”, Jan 8). This was indeed a bold decision. But critics of the regime have called this move an electoral stunt. Even if the allegation were to be true, the Centre cannot be faulted for the decision. No government or political party in India pitchforks a crucial bill without thinking about the electoral fallout.

Some have also suggested that since our Constitution allows reservation only on the basis of social and educational — but not economic — backwardness, the Supreme Court will, in all likelihood, reject the government’s decision. It is sad that these people seem to have a problem with the poor availing reservation benefits.

Sir — The Parliament has passed the Constitution (124th amendment) bill that extends reservation benefits to the poor among the general category. The ruling Bharatiya Janata Party should be commended for throwing its weight behind this historic decision. The party, under the astute leadership of Narendra Modi, has realized that it had alienated the members of the general category owing to some controversial decisions taken in the recent past. Had it considered this step earlier, it might not have lost the assembly elections in Rajasthan, Madhya Pradesh and Chhattisgarh.

Sir — The Centre’s move to secure 10 per cent quota, in educational institutes and government jobs, for the poor is definitely a laudable one.

Till now, only those belonging to certain castes got the benefit of reservations. While it is true that the policy of positive discrimination followed since Independence has helped to equip deprived sections of society with necessary skills to lead a better life, it is also a fact that after more than 70 years, there is a need to tweak the policy.

So whatever may have been the real reason behind the introduction of the quota bill for the poor among the unreserved category, it cannot be denied that the government took a bold and logical step.

Sir — Recently, all of a sudden, the Union government introduced a bill in Parliament to further increase the quantum of reservation in jobs and higher education. Surprisingly, most Opposition parties, which are otherwise eager to contradict the government, supported the bill. The parties must have thought that by opposing the bill they would be antagonizing a section of the population. It is indeed unfortunate that India still allows reservations, even when neighbouring Bangladesh has abolished them.

Also, it has been stipulated under the new quota legislation that any family having an annual income of less than eight lakh rupees will be considered economically weak. Whereas only those families that earn less than three lakh rupees annually are deemed economically weak as per the Pradhan Mantri Awas Yojana (Urban). One wonders what the reason behind this discrepancy is.

The provision of reservations was included in the Constitution to bring underprivileged classes on a par with the rest of the population. It should not be used as a tool of vote-bank politics.

Sir — If the government was serious about giving reservations to the poor, it would have pushed the quota bill much earlier. What was it doing in the last four and a half years?

Moreover, the new legislation may not pass judicial scrutiny. Earlier in 1991, the P.V. Narasimha Rao government had tried to give reservation based on economic criteria, but it was set aside by the Supreme Court. Also, the quota for the economically weak will breach the 50 per cent limit set by the apex court.

It is clear to one and all that after the electoral debacles in Madhya Pradesh, Chhattisgarh and Rajasthan, the BJP is desperate to woo back the electorate.

Sir — The Constitution (124th amendment) bill may have been passed, but it will hardly help those who are genuinely poor. With members of all families having an annual income of up to eight lakh rupees being eligible for the new quota, one fears that the reservation benefits will be cornered primarily by the middle classes.