Advertisement
Home / Opinion / How cricket gives its fans the blues

How cricket gives its fans the blues 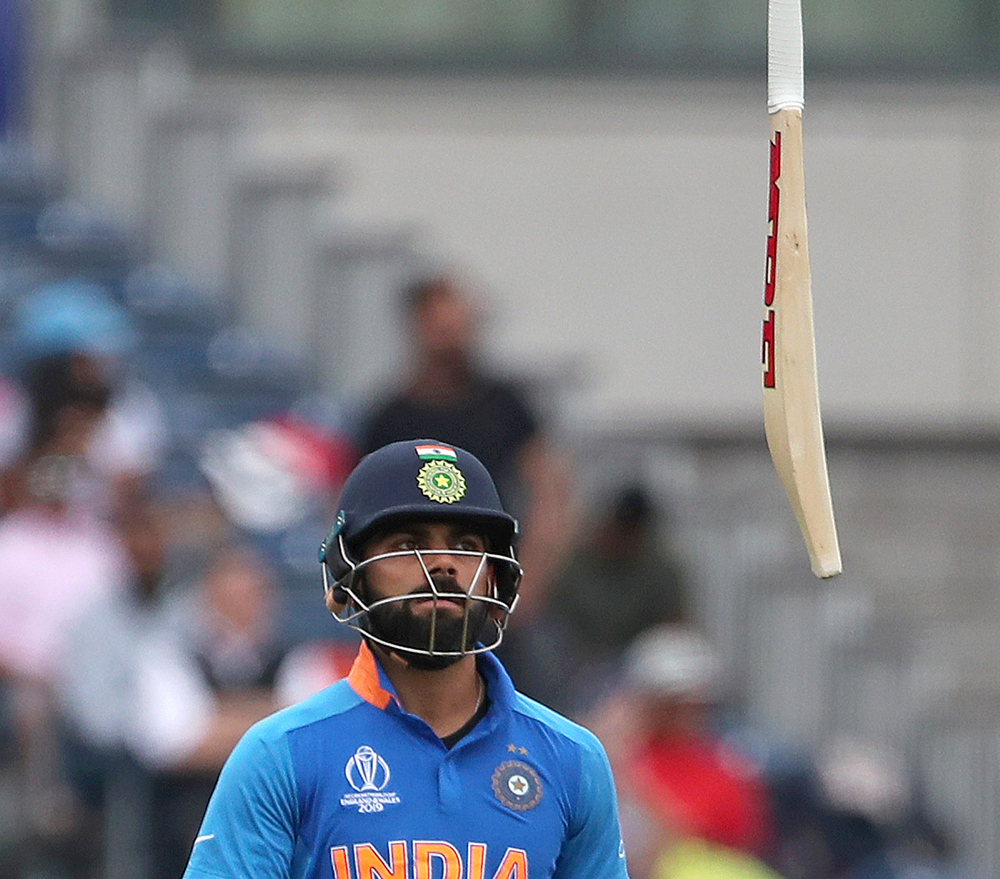 Virat Kohli throws his bat in frustration after his dismissal during the match with New Zealand on Wednesday at Old Trafford in Manchester
(AP photo)
The Editorial Board   |   Published 12.07.19, 09:50 AM

Cricket, as the cliché goes, is supposed to be a gentleman’s game. But cricket does not always behave like a gentleman. One of the attributes of gentlemanly conduct is supposed to be an assurance of steadiness, even unshakeability. Yet, cricket is quintessentially a game of great uncertainty. It is this strain of unreliability that causes cricket to break the hearts of its lovers. This ache that cricket leaves in its wake makes the game a feral creature. A gentleman, after all, is not expected to be wild in his ways.

Indian cricket fans had their hearts broken by the game when the Men in Blue, one of the contenders of the cricket World Cup that is taking place in England and Wales, bowed out to New Zealand in the first semi-final of the tournament. Indian fans have reasons to be cut up with cricket’s apparent indifference to justice. India were undoubtedly one of the favourites to lift the trophy. Virat Kohli and his men had put up a commendable performance in the group stage, winning seven of their nine matches. They ended up topping the pool as a result of their stupendous showing. But the consistency meant little as India put up a shocking batting display for about 45 minutes against their opponents at Old Trafford. Mr Kohli conceded that those 45 minutes cost India their dream of a third conquest of the World Cup. Another point raised by the Indian captain deserves scrutiny. Mr Kohli has suggested that the format of the tournament in the future — India would be hosting the Cup four years later — should be tweaked so that teams that have been consistent in the course of the tournament can get a second opportunity to undo the horror of one bad day at office. The International Cricket Council could look at the format that is in place for the Indian Premier League. The ‘playoffs’ offer the top two teams an additional chance to qualify for the final, keeping in mind their steady — gentlemanly? — conduct during the group stage. It is a fair argument in some ways. The quality of a side can be adjudged on the basis of its performance in the long-term; an unexpected defeat cannot be allowed to undermine a credibility that has been built on the basis of several spectacular victories. The ICC’s consideration of Mr Kohli’s idea, however, comes with a risk. Ironically, it is the quick change in a team’s fortune that adds to the allure of cricket. Would not cricket lose its charming visage sans uncertainty?