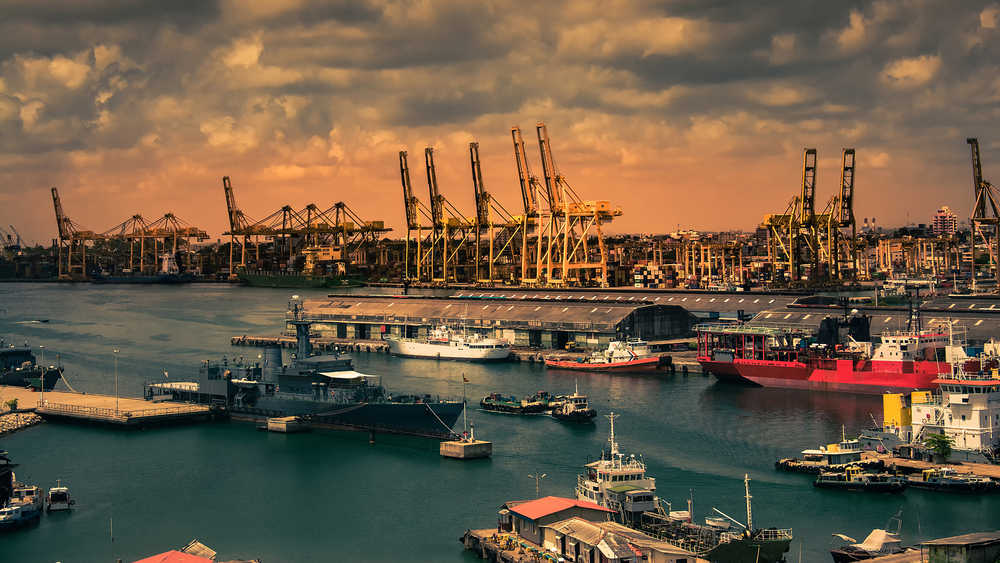 The unilateral scrapping of the East Coast Terminal (ECT) project at the Colombo port is the latest example of how far trust levels between India and Sri Lanka have plummeted in recent years. India, Sri Lanka and Japan had signed a tripartite agreement back in 2019 to develop the terminal.

Both India and Japan got a rude shock when the Sri Lankans suddenly announced that the project would be scrapped and they’re still looking for ways to salvage it. Instead of going ahead with the ECT project, Sri Lanka’s cabinet has cleared a plan to develop with India and Japan the West Container Terminal (WCT) as a public-private partnership.  This move is seen as a bid to mollify and compensate India but it’s not clear yet whether our government will accept the proposal.

From India and Japan’s point of view, Sri Lanka has clearly reneged on its commitment to the 2019 tripartite agreement. The Sri Lankans are unfazed by the charges of bad faith levelled against them.

The cancellation has brought to the fore the disarray in Sri Lankan government ranks, especially when it comes to its dealings with India. The blame must rest squarely with non-state actors in Sri Lanka who have for reasons best known to themselves derailed a major project that was intended to bring big rewards to the country.

Step back a bit and recall that India and Japan were two of the countries originally singled out by President Gotabaya Rajpaksa as partners for his rapid economic development plans. The other countries listed by him will no doubt take note of these developments and carefully chart out their investment and other plans for Sri Lanka.

The president, according to insiders, had thrown his support behind the trilateral ECT project, and had made a commitment to India at the highest political levels. This was also in keeping with his vision articulated in a media interview with Nitin Gokhale, the New Delhi-based journalist, soon after winning the presidential polls in October 2019.

To be fair to him, he has not changed his position on the subject. What’s more, Basil Rajapaksa, the third member of the ruling family triumvirate, also backs the president.

It is Mahinda Rajpaksa, the former president, who’s apparently worried that awarding the ECT project to the joint India-Japanese collaboration in the face of mounting opposition would have severe repercussions for the ruling party both in parliament and outside. It seems he’s keen to safeguard the government and the ruling party from the adverse effect of “going against popular sentiment”.

A politically shrewd strategist, Mahinda is aware of the government, the ruling Sri Lanka Podujana Peramuna (SLPP) party’s and also Gotabaya’s declining popularity. Internal political developments within the ruling party and the state of the economy coupled by unpopular measures have exposed the fault lines in political governance and management of the economy.

Opposition to the ICT project emanates from diverse elements such as trade unions, left-wing groups and minor parties including those in the ruling coalition. The powerful Buddhist clergy is of the same opinion as the trade unions.

It’s no secret that the JVP has always opposed Indian projects and participation in Sri Lanka’s development. In addition, there are more checks and balances expressed by these circles as far as India is concerned. Chinese involvement in the evolution of the anti-India campaign and influence among the non-state actors is an open secret despite denials seen in the media.

The all-powerful clergy too has thrown its weight behind the opposition to the ECT project. It is another thing that there is an impression being created that a lobby close to or identified with the Mahinda faction is not averse to India being allotted the West Container Terminal. The moot issue is whether the same clutch of trade unions which are opposed to India will agree to this proposal? Further, there is opposition to the involvement of Adani group in the port building activities.

An influential political adviser suggested that trade unions and fringe elements are imposing their views on national strategic and foreign policy, even though it’s the responsibility of the government to protect the country’s “sovereignty” and “territorial integrity.” Another school of opinion points to the complicity of some civil service elements in creating obstacles to India’s plans.

It’s another thing that Gotabaya may have already reached out to New Delhi in a fire-fighting exercise to salvage the situation with the West Container Terminal proposal. He cannot obviously be seen as weak and indecisive in matters of state policy and administration. This is not the only item on the agenda there are others too, especially the fate of the Comprehensive Economic Partnership Agreement (CEPA). New Delhi will have to consider some “out-of-the-box” solutions to remove the irritants in the bilateral relations.

From India’s standpoint, the choice of the Adani group as a party to the West Container Terminal project is a strategic one as India requires major players in such high-profile projects. The Adani group must stay the course and the thwart machinations of the JVP and others who are believed to be acting at China’s behest.

India requires a few more heavyweights to look at Sri Lanka as a manufacturing base. This means India’s corporate sector has a major role to play in this direction.

Sri Lanka is an important strategic partner for India and is in the process of developing -- so it says -- a non-aligned foreign policy. Aides close to President Gotabaya have repeatedly stressed the importance attached by him to non-alignment -- in fact, this has been reiterated by him on several occasions. There may not be any doubt on this score. But the actions and utterances of some members of his inner circle seem to convey a different message.

Sri Lanka has a critical political calendar ahead this year. The new constitution is on the anvil and will hopefully meet the aspirations of all sections of the population. There are prickly and tricky issues to navigate ahead.

While these events will no doubt evoke considerable international interest, the manner in which legal experts and political pundits address the devolution of powers remains to be seen. Last October, Gotabaya won strong approval from lawmakers to restore the concentration of powers in his office as part of plans to draft a new constitution.

But even on the future of the 13th Amendment, there’s no consensus within the government and the parliamentary party. A government minister is reportedly in favour of the abolition of the provincial councils. But it’s not clear yet whether he’s espousing a personal view or articulating the collective views of vested interests in the party. (The 13th amendment created provincial councils in Sri Lanka and made Sinhala and Tamil the official languages and English the "link language").

Whatever be the position of the various functionaries on the abolition of provincial councils or major changes to the 13th Amendment, the present leadership will have to contend with growing fault lines in political governance and national commitments.

India, on its part, will need to build on its “vaccine diplomacy” and expand the ambit of its present range of interlocutors. While Prime Minister, Narendra Modi set the trend for more interaction with the Buddhist clergy, this needs to be followed up vigorously.

There are several points of leverage available to both sides to arrest the slide in bilateral relations and importantly address the deficit trust issues. It’s clear that while India is concerned with the accretion of Chinese influence in Sri Lanka, we must evolve measures to strengthen our interests and objectives where we have advantages and create more opportunities in other areas.

Development of bilateral relations has more stakeholders now than before.  Additional involvement of the corporate and business sector, education and information technology are some potential areas of greater interaction. These should be complemented by periodic visits or interaction between parliamentarians and legislators of both sides. This is very important, especially in the case of Sinhala Buddhist politicians of other parties.  Sri Lanka can also become an important destination for MICE (meetings, incentives, conferences and exhibitions) projects, given the excellent connections between the tourism industries of both sides, including religious tourism and medical tourism.