India is a land of many ancestral cultures 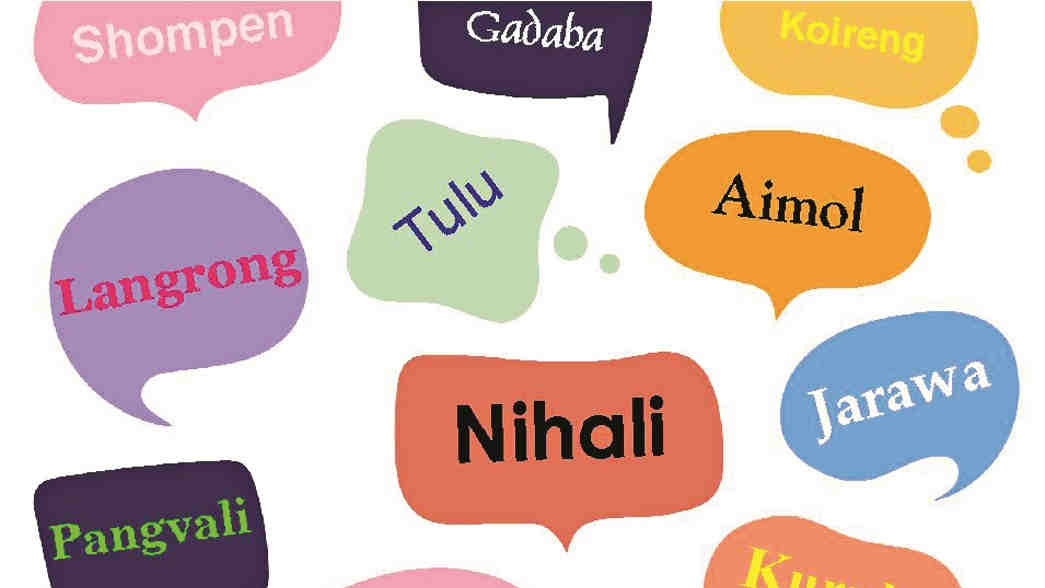 Great books, it is said, can change one’s life. In my case, though, it was not so great a book that triggered the change. Neither did it contain any original ideas, nor did it have any stylistic merit, for either of these would have damaged its objective. By design, it had to be drab. It was by R.C. Nigam, giving language data gathered during the 1971 census. It accidentally caught my attention. Two completely faceless words in it sent me on an endless quest. The words were “all others”. They came at the end of a rather long and — I thought at that moment, over four decades ago — uninteresting list of 108 language names. What got me interested in those two words was the fact that the 1961 census list of languages had 1,652 names of languages. So, I thought, some 1,544 languages had disappeared during the 1960s, and had become “all others”. At that time, I had no idea of the intricacies of the census data. I felt pained and agitated by the news of the death of so many hundreds of languages in India in such a short time. The pangs of pain propelled me into doing many things in life, one of which was to carry out a nationwide survey of living languages. When the survey, which identified and described some 780 languages, was completed, mediapersons, friends and young students often asked me if I had noticed, like the legendary Sindbad, any ‘stranger than life’ phenomena worth talking about. Initially, I used to evade that question as a pointless query. But a decade after the People’s Linguistic Survey of India has been completed, I venture to respond.

A particular language, officially described as ‘marginal’, spoken in northern Maharashtra, has never ceased to amaze me. It is true that every language is amazing in its own way; but this one, the Nihali language, stands out. Kordev, Jamod, Shantinagar, Sonbardi and Chinchari are the villages in Buldhana district, at a distance of about 250 to 300 kilometres from the Rashtriya Swayamsevak Sangh headquarters in Nagpur as the crow flies, where Nihali is being spoken. The population of those who understand it may now be a little under 2,000. They feel deeply attached to it, though some of them speak Marathi, Hindi and the language of the neighbouring Korku tribe. The day is not too far when their numbers will dwindle and India will never again hear Nihali being spoken. But the dwindling numbers are not what draws attention to it. There are several hundred languages in India that have died during my lifetime, or are on the verge of extinction. That is bad enough; but if it were to happen in the case of Nihali, the future generation of Indians may regret it forever. The reason? While all of the other languages, major or minor, belong to one or the other known language families, Nihali does not fit into the structural framework of any of those families. Linguists describe it as a ‘language isolate’. This indicates exceptional ethnic character and an origin of the language or its speakers that has not yet been explained. One does not know when in the distant past the community moved into the subcontinent. They have little in common with the surrounding communities influenced by the Vedic culture. For instance, consider their idea of divinity. They primarily worship water bodies. Although image worship has entered their cultural space to an extent, their main deities are Kheda and Muthawa, not known in the Vedic pantheon. They measure quantities not in the sequence of 1, 2, and 3 but in multiples, such as once, twice, three times. Gender distinction is mostly absent in their language. Their community self-reference is the term ‘kolta’, which means ‘many human persons’. All these features — particularly the fact that Nihali is not related to the Austro-Asiatic, Dravidian or Indo-Aryan language families — lead one to conclude that Nihali speakers belong to the earliest population that lived in India. And how early is the earliest?

Going by all the recent research on ancient human populations and their movements coming from various paleo-sciences and genetics, it would not be unrealistic to postulate that the Nihali language and its first speakers may well have been in India for over the past 35,000 to 40,000 years. One does not know if the ancient cave-dwellers in Bhimbetaka in the Madhya Pradesh cave shelters — about whom we do not know enough — had any contact or relation with the Nihalis. Future research will resolve these mysteries. The superb hunting and gathering skills that the Nihalis possess enhance the probability that they have been around in India at least from times prior to the beginning of the Holocene (some 12,000 years ago).

Does it really matter as to who came to India and when? It did not in any past era. But in the current regime, there is an overzealous attempt to prove that all the glory of India in the past rests with the Sanskrit language. The pastoralists of India 10,000 years before our time toiled to explore territories and learn about the diverse land. The first farmers sweated to get wheat and rice growing in our land some 8,000 years ago. City dwellers of pre-historic times slogged to build a whole civilization 4,500 years ago, much before the Sanskrit language was born. It is also true that Sanskrit, as great as it undoubtedly is, had substantial borrowings from the Avesta, a landmark in the evolution of the Indo-Iranian languages. Yet, the myopic cultural nationalism would like to hitch the whole of Indian civilization to the wagon of what it constructs as Vedic-Sanskrit-Hindu. Any student of linguistics can tell us that the name of the river, Sindhu, is ‘u’-ending because the naming of the river owes itself to a Dravidic origin. In spite of the available scientific data coming from research in linguistics, genetics, archaeology, paleo-dentistry, epigraphy and palaeoanthropology and pointing to the fact that all of us in India have mixed ancestry, that human population has existed in the subcontinent for tens of millennia prior to the emergence of Sanskrit, that various non-Vedic philosophies — such as Buddhism and Jainism — had developed outside the Sanskrit fold of knowledge, the RSS’s version of history is unwilling to accept India in terms of its historical, social and cultural reality. The sooner the votaries of Hindutva realize how self-defeating this is, the better for them and for India. There is a Nihali proverb, “madiren kaggo diska” — the one who speaks without knowledge is not to be forgiven.