India has kept its elephants but China has only a few 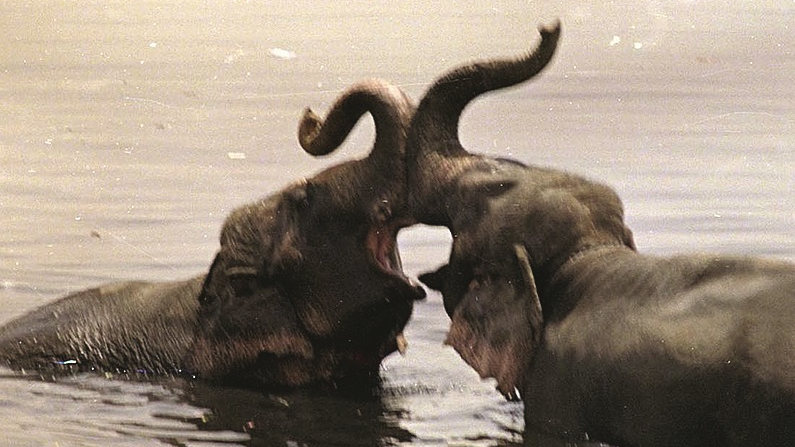 Contrasts between India and China are commonplace and they also apply to debates on the future of the global environment. One key aspect that is rarely discussed is the record of these societies in achieving peace with the non-human inhabitants of their lands and waters. Both countries are among the 12 nation states with the maximum terrestrial biodiversity and between them they also account for 40 per cent of the earth’s people. Can their long and rich history offer any clues about the choices for the future?

The animal that offers rich insights is the saga of elephants in the two countries. Thomas Trautmann authored an essay in 1982 simply titled “Elephants and the Mauryas”. The empire founded by Chandragupta nearly 2,300 years ago rested in part on its ability to capture, train and deploy elephants in warfare.

This was not a new discovery: what was new was his location of the eight hastivanas, or Elephant Forests, which were under imperial protection. In a more recent work, Elephants and Kings, he elaborates on the wider implications for the human-animal relationship. To secure elephants for war, kings and emperors had to take control of forests where they lived and bred. As the forest became critical to kingly power, the forest peoples were enlisted in a subordinate role to help protect the tuskers from being poached for ivory and also to trap and train adult elephants for war. This relation of forest and elephant, forest people and kingly power, was not confined to India although it began here.

It was picked up by the Greeks in the wake of Alexander and transmitted across West Asia. Two thousand years ago, even Syria had wild elephants and these too were caught and used in war. Such practices had even wider currency across Southeast Asia. Burma, Thailand, Indo-China, the Malay world and Indonesia all had a special place for elephants in warfare and transport.

The close association with the animals also made them central to lore and legend, religion and ritual. The care and upkeep of elephants and even remedies for ailments were as crucial as those for men in armies and the horses that were used in transport. The elephant was more than a mobile fighting machine: its personality and emotional intelligence were subjects of celebration. They remain so to this day long after the war elephant has passed into history.

The species no longer exists in countries to the west of India where the numbers were never large. But the notable contrast was between South as well as Southeast Asia and China. As Mark Elvin has argued, there was an inverse relationship between the Han Chinese settlements (and their rice paddies) and the existence of elephants. The spread of cultivation was often accompanied, if not preceded, by the annihilation of elephants.

Elvin goes so far as to speak of a 3,000-year war with nature in China in which the destruction of the elephant was central to human conquest and domination of the landscape. Not all humans were complicit: the tribal people of southwest China (where a few elephants still survive) had ritual and religious associations with the animal. For most other Chinese, the great beast was an antagonist, not an ally of State formation. The density of numbers of elephants in much of China was low but as Elvin shows the range was once vast.

Two contrasts seem clear in the long-term histories of Southern Asia and China. China’s elephants were sometimes tamed and used for ceremonial purposes, but not on battlefields. Those in power in South and Southeast Asia had reason to keep herds alive and some habitats intact. The Arthashastra was clear on the punishment to be meted out to an elephant poacher: the death sentence.

The second is a related point. Except among hill and tribal people in South Asia, elephants were not and are not killed for food. By contrast, Chinese delicacies included the trunk of the animal, with the recipe being recorded by scribes.

It is equally interesting that except for a brief period — during the rule by the East India Company — elephants were not hunted or shot in India. The relatively short phase of sport hunting came to an end in 1873 in Madras Presidency that passed an elephant preservation Act. A similar enactment was made for all of British India six years later.

These laws allowed for shooting in self-defence and also by tea or coffee planters in Assam and in the south, but it was still a legislation of global significance. Individual animals could be a threat if they turned rogue and were trapped or killed.

It would be anachronistic to imagine a species being preserved in the 21st century sense. It was not under total protection to live its life in the wild. In fact, the aim was to secure supplies for war and more so for timber work.

This was long before any large wild mammal was placed under State protection in North America, Europe or Japan. In contrast, England protected the grey seal only from 1911 and it was only around 1900 that the United States of America and Canada took steps to save the American bison from extinction.

The Asian elephant’s saga of service in warfare continued into the 20th century. Over 3,000 elephants from India and Burma were deployed in the Second World War under the command of the man who would later serve as the last British Viceroy: Lord Mountbatten.

Elephants were used for carriage of supplies by Viet Minh fighters on the Ho Chi Minh trail in the decade-long Vietnam War. These creatures were even targeted by the US air force as alien combatants. Elephants were victims of war across the ages but in the main their strategic value over two millennia gave the species a unique place vis-à-vis successive rulers.

But any comparison of the two great Asian giants, India and China, has to take account of not only their present challenges and opportunities but also the longer record. China lost almost all its elephants to a combined offensive of peasant subjects and imperial states. About 300 survive in the southern Yunnan province, remnants of past glory. In comparison, there are 28,000 wild elephants in India. In India, the role of the same species in warfare, transport and forest work earned it a lease of life well into the modern era. This was largely true in much of Southeast Asia as well.

Habitats in India have shrunk despite protection. The recent proposal of the Uttarakhand government to de-notify the elephant reserve in the state may endanger the western most population of this majestic creature in India and indeed Asia. Such steps need to be rethought and soon.

Indian approaches saw the State and local producers make spaces for nature. Chinese State-building meant annihilation of animals seen as an adversary to economic growth and consolidation of political authority. This is a case of contrasting histories worth a critical look in our own times.