India can play a leading role in the troubled Indo-Pacific 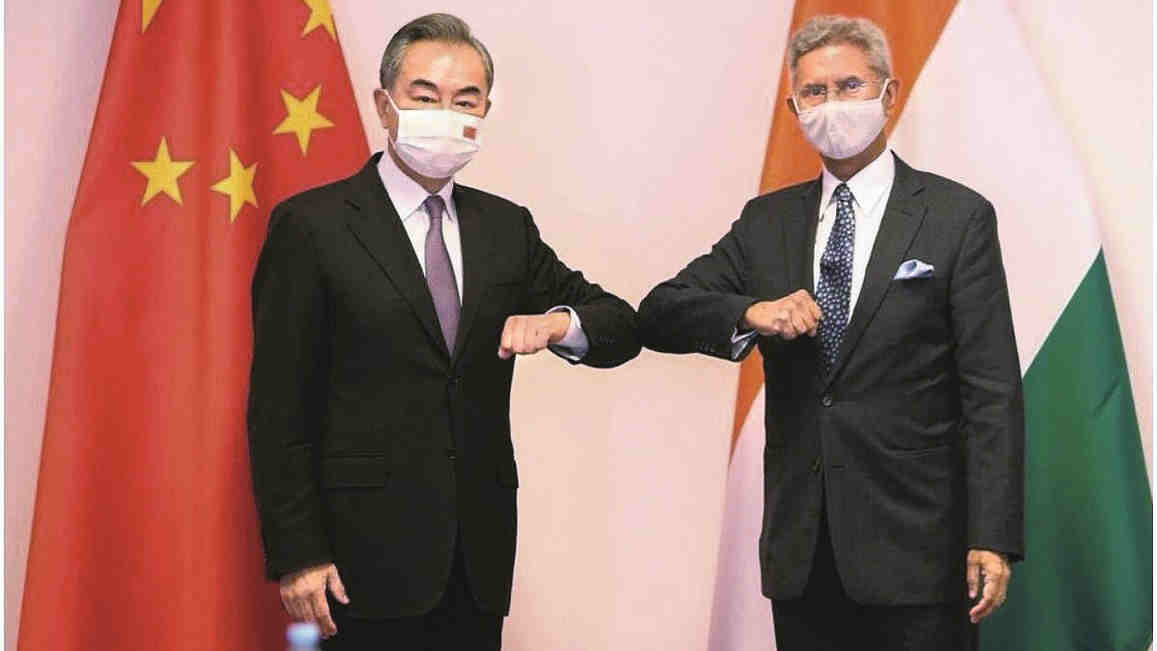 Wang Yi from China and S. Jaishankar from India at the sidelines of a gathering of foreign ministers from the Shanghai Cooperation Organisation in Tajikistan, July 2021.
File photo
Rana Mitter   |   Published 08.10.21, 02:35 AM

From Washington to Canberra, much of the northern hemisphere has its eyes focused on the region termed the ‘Indo-Pacific’. In London, a new presence is central to the Boris Johnson government’s new focus on a global role for the United Kingdom. I’ve discussed the changing landscape for a post-Brexit Britain in a new co-authored paper for the British Foreign Policy Group thinktank, available for free here. One of the questions that occupied us was how far the relationship between India and China might reshape the region. Put simply, China’s economic and military strength is now second only to that of the United States of America. But India has cards to play, in diplomacy, trade, and influence, if it chooses to use them.

The military aspects of India’s role in the region are the ones most frequently criticized by China. Over the past few years, there has been an increasing formalization of the Quad, the naval agreement by which India, Australia, Japan and the US come together to patrol the oceans against an opponent that remains unnamed, but most believe to be Beijing. China used to dismiss the Quad as being as insubstantial as “sea foam”, but now rails against it as a blow to (a Chinese-dominated) peace in the region. The Quad looks less isolated in the light of the new Aukus treaty announced last month which brings together the US, Australia and Britain in a regional pact. Rather than the region developing fixed, all-encompassing structures like Nato, it seems that Asian security may become more dependent on ‘mini-lateral’ agreements that bring together different actors for different purposes. What most of these groupings have in common is that they seem opposed to China, without ever stating that as their purpose. Yet the ability of countries inside and outside the region also flags up one of the great weaknesses in China’s position: it has few security partners because so few Asian actors want to see its role in the region increase. Every Asian actor wants access to the Chinese market; few want to become dependent on China for their security.

This gives India the chance to move further and faster to embed itself in the region. To do so, it could seize the opportunity to use its advantage: most of China’s trade partners do not consider India a threat in the way that they are wary of China. This would mean potentially painful change in the medium term, however. China’s large domestic market is a key target for emerging Asian economies. India’s millions are also talked about in terms of future prosperity, but in practice, market barriers and a middle class still smaller and less affluent than China’s overall mean that India is not yet a true substitute for China. Refashioning Asia’s trade ecology to give India a greater role is complex and by no means pain-free.

Yet India need not simply rely on the confrontation of the Quad, or the desire to replace China as a market partner for other Asian countries. It also has the opportunity to take a cooperative diplomatic lead. Unlike the other Quad members, India has an affiliation that is not shared by Quad members: membership of the Shanghai Cooperation Organisation. The SCO is a perennial underperformer in international-organization terms, with few concrete achievements to its name. It has a disparate membership — China and Russia in the lead, but both India and Pakistan as well the central Asian countries — and a broadly defined security agenda, which provides a regional talking-shop. However, it does provide one of the few small-group entities where both India and China have equal membership. Generally, Russia and China continue to dominate the organization; however, Indian membership gives it the opportunity to make its strengths in the region known. In addition, Russia and India have a longstanding relationship dating back to the Cold War. While China’s new closeness to Russia on issues from energy to defence may have been more obvious in recent years, this does not exclude India from the chance to make use of its old friendships. The Association of Southeast Asian Nations provides an intriguing parallel. Asean has very few formal powers, nor does it demand uniform political systems (it contains both democratic and authoritarian states). Yet, over the years, this ‘talking-shop’ has actually become a powerful source of influence in the region. India may choose to leverage its SCO membership to create a cooperative, forward-looking influence that the organization simply does not have right now.

After all, there is no lack of crises in the region that need influential powers to step up. It is indicative of how fast the situation in the region is moving that Afghanistan, an issue which seemed world-changing just a few weeks ago in mid-August, is now relegated to the inside pages of newspapers at best. A new consensus seems to have emerged in the West: the fall of Kabul was tragic for those, particularly women, trapped in the country and bad for American prestige, but overall, the decision to pull out was a good one. Instead, American focus should be on the western Pacific and on China.

China itself has repeatedly argued that it does not welcome the fall of Afghanistan to the Taliban, and there are plenty of reasons to take them at their word. Certainly Beijing has been pleased at the humiliation of the West and has taken every opportunity to tell Washington and its friends that military intervention and forced democratization will end badly. Yet the American departure leaves China with a host of problems in the region. It has sought to find an accommodation with the Taliban, but is fully aware that the insurgents are no real friends of Beijing. Some prominent figures on social media in China have argued that the Taliban of 2021 are like the Chinese Communists of 1949, insurgent radicals with whom China should make common cause, but this interpretation does not stand up to much analysis. Above all, China wants to provide enough material support to the Taliban to remove any thought that they might want to support their fellow Muslims in Xinjiang where many thousands are being held in ‘re-education’ camps where their religion and language are being forcibly programmed out of them. Beijing also has a long and fruitful relationship with Pakistan, but (like the US) is never sure whether Islamabad’s links with radical Islamic groups can really rein those groups in; there is growing concern about the number of Chinese civilians, diplomats included, who have been murdered in both Pakistan and Afghanistan. Yet China is also desperate not to send its own troops in, an act which would destroy any credibility for its argument that it is different from the US when it comes to military intervention. The last thing that Beijing wants is an unstable Afghanistan that degenerates into civil war, and where Chinese lives and investments are in danger. India may choose to become part of the solution. The prospect of an unstable Afghanistan is alarming for New Delhi as well, and skilled diplomacy, based on India’s existing role providing development assistance to the country, could provide ways to avoid a disaster. The use of India’s influence to bring stability, rather than conflict, to the region would be a powerful contribution in an Indo-Pacific where confrontation looks too dangerously possible.

Rana Mitter is author, with Sophia Gaston, of the report, “Resetting UK-China relations"