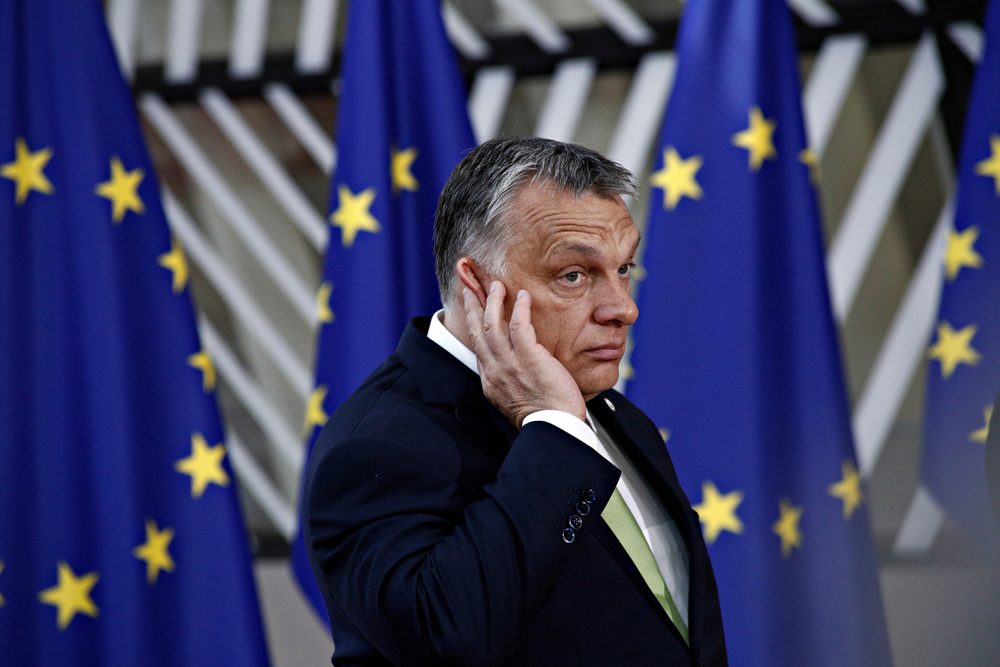 When European Union leaders gather in Brussels today, they will have a guilty secret: amongst them will sit the leader of a member state that is no longer a democracy. Viktor Orbán, Hungary’s prime minister and de facto supreme leader, will sit there smiling, as a democrat among democrats, but in reality he has demolished liberal democracy in his country over the last decade. Adding insult to injury, he has used European taxpayers’ money to consolidate his illiberal regime. With a new European Parliament, and fresh institutional leadership in prospect, the EU must show that it will defend democracy in its own member states. Otherwise, all the fine words of Article 2 of its basic treaty will be worth nothing.

To say that Hungary is no longer a democracy is a stark claim, and I have thought, read and looked hard before making it. Often people apply the term that Orbán has himself used approvingly: ‘illiberal democracy’. But illiberal democracy is a contradiction in terms. That label may usefully describe a transitional phase in the erosion of a liberal democracy, such as we see in Poland, but Hungary is way beyond that. This year, Freedom House downgraded it to the status of ‘partly free’ country, the only EU member state to earn that dishonour. The most neutral description I can find is that this is a ‘hybrid regime’, neither democracy nor dictatorship.

Here are just a few characteristics of Orbán’s self-styled ‘system of national cooperation’. (Orwell would relish that deceptive euphemism.) The ruling party, Fidesz, has so completely penetrated the State administration that this is, again, a one-party State. On a recent visit to Budapest, I was given numerous examples of how governmental powers are routinely used for purposes of political control. The State administration favours Orbán’s cronies and family members with government contracts, punishes independent media owners and NGOs or Opposition supporters with arbitrary tax investigations, uses State resources for Fidesz propaganda in elections, and even refuses local planning permissions to an architect known for his anti-Fidesz views.

Fidesz has effectively demolished the independence of the judiciary, as documented in an extensive report by Judith Sargentini for the European Parliament. It has also changed the electoral law, so that in 2014 Fidesz got 66 per cent of the seats in Parliament on 44 per cent of the vote (whereas in 2010 they needed 53 per cent of the vote to get the parliamentary supermajority that enabled them to change the Constitution). Much of the media, already dominated by owners closely tied to the Orbán regime, have now been consolidated in a so-called Press and Media Foundation, effectively a pro-government cartel. Hungary has sunk down the World Press Freedom index to 87th this year. A former student of mine has described to me what it’s like trying to campaign for an Opposition party when you get almost no media coverage.

A new law on NGOs, similar to Vladimir Putin’s, has effectively forced out the international operations of the Open Society Foundations of George Soros, the Jewish philanthropist, against whom Orbán’s regime stirs up hatred, with propaganda imagery recalling the worst periods of European history. The Soros-funded Central European University is being compelled to move to Vienna for its core, degree-granting activities, and the government is now taking control of the research institutes and property of the Hungarian Academy of Sciences.

All this is done while keeping the outward appearance of a liberal democracy complying with European standards. A bevy of articulate, English-speaking Fidesz spokespeople, starting with Orbán himself, are at hand to denounce such criticisms. Look, they say, of course there are still independent media! Look, Opposition parties got 8 of the 21 seats in the European elections! Look, there is an American college that functions quite happily under the law you say was tailor-made to expel CEU! This is superficially clever stuff but, as an old central European Jewish saying has it, a half-truth is a whole lie.

Orbán has famously described the game he plays with the EU as a ‘peacock dance’ — three steps forward, one step back, and spread your colourful feathers. The biggest scandal is that he uses EU funds as a means of enhancing his illiberal control, as well as generously rewarding friends and relations. Hungary receives more than €3 billion net a year from the EU, equivalent to just under 3 per cent of GDP. These funds flow directly through the party-State to those whom Fidesz favours. Reports by Transparency International and the European Commission have found that in about 50 per cent of public procurement procedures there was only one tender and these procedures are riddled with corruption. Boris Johnson says he wants to have his cake and eat it, but the true master of cakeism is Orbán. He simultaneously uses both the Brussels cake and lurid ‘Stop Brussels’ propaganda to consolidate his own power.

Yet, faced with all this, the president of the European Commission, Jean-Claude Juncker, could still welcome Orbán at an earlier European summit with the jocular greeting, ‘Hello, dictator!’ Faced with all this, Manfred Weber’s European People’s Party, even though it has suspended Fidesz from party membership, still counts the 13 Fidesz MEPs towards Weber’s group numbers in the new European Parliament. For shame.

Orbán’s demolition job is not irreversible. After all, even the post-totalitarian regime that ended in 1989 was ultimately reversible, and this hybrid regime has many more vulnerabilities. In this autumn’s local elections, for example, a really effective coalition of Opposition forces might yet win back Budapest.

What, then, should the EU do? Immediately, Weber should not be made European Commission president — mainly because he does not have the top-level governmental experience but also because he has legitimated Orbán’s dismantling of Hungarian democracy by keeping Fidesz in the EPP. The EPP itself, following a report by its three ‘wise men’ (who will be three blind mice if they don’t see in Hungary what I have briefly summarised here), should finally boot out Fidesz. This action has much wider importance, since a moral and political imperative of our time is for civilized centre-right parties to draw a clear line between them and xenophobic, populist extremists.

Then the EU must stop this tragic farce of its own funds being used to undermine European values. It should appoint as European Public Prosecutor the Romanian, Laura Codruta Kövesi, who knows exactly what post-communist, east European corruption looks like, and make signing up to scrutiny by that European Public Prosecutor a condition for receipt of those funds. It should also move to distribute more EU funding directly to local government and civil society, rather than letting it be used as a huge slush fund by a corrupt party-State.

Not least, all European institutions and heads of government must keep the spotlight on this travesty of European values in the heart of Europe. Orbán himself is never constrained by excessive politeness; nor should they be. What the EU does about Hungary matters not just for Hungarians but for Europe as a whole. The continent of Europe may have many different kinds of regime, but the European Union must be a community of democracies.

The new nationalism: Anti-immigrant autocrats are on the rise around the world