The batsman has been sent back to the pavilion, but the batter takes guard on a pitch that remains a green top for women’s cricket 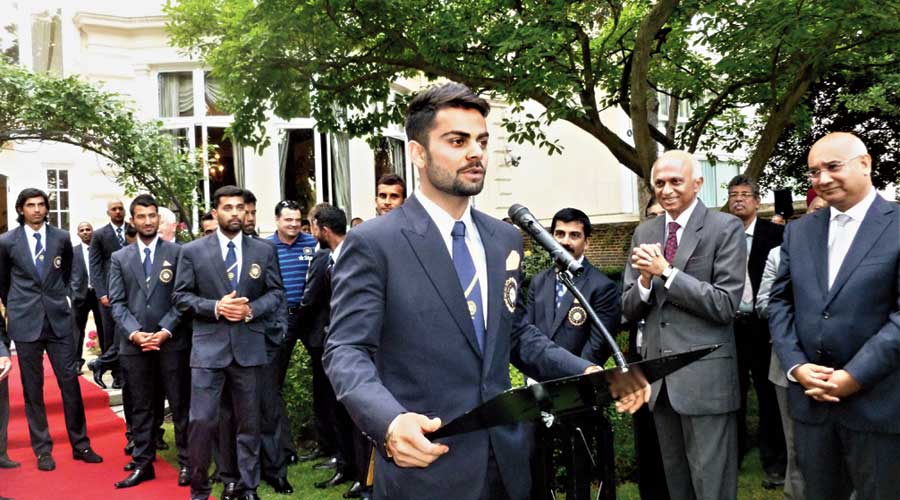 The ‘batsman’ played a long and tenacious innings, but has finally been bowled out. It is now the turn of the ‘batter’ to take guard. The Marylebone Cricket Club — the sole authority vested with the power to draw up the Codes of Laws that govern cricket since 1787 — has adopted the gender-neutral terms, “batter” and “batters”, in place of “batsman” and “batsmen”. The once hoary institution of privilege and exclusivity — it reluctantly opened its doors to women as late as 1998 — said in its statement that the move aims to recognize “the changing landscape of the game in modern times”. Indeed, women’s cricket has proved its ability to draw crowds — in 2017, England took on India in the Women’s World Cup finals in front of a capacity crowd at Lord’s, while a record international crowd witnessed Australia beat India in the T20 World Cup final in Melbourne three years later. Women cricketers are emerging as stars in their own right and television coverage of women’s cricket has improved as well, forcing the cricketing establishment to play catch up — at last.

The rechristening is laudable, but this does little to make the cricket field truly representative. For women cricketers, especially those from India, the pitch remains a vicious turner. While women cricketers need the same amount of resources — money, training, diet, kits — to succeed at the international level, they earn a fraction of what the men do. The annual retainership for women players in the top tier is Rs 50 lakh; the figure is one crore for an Indian male cricketer in the lowest grade. The logic used to pay women less — lack of viewership and sponsorship — is as ancient as some of the men’s cricket clubs. Moreover, the onus of getting fans, sponsors and revenue lies not with cricketers, but the administration. In men’s cricket, the shortening of boundaries and the introduction of the ‘super over’ were decisions taken with an eye on heightening the drama and, by implication, filling the coffers. But this kind of innovation eludes women’s cricket. Studies have shown that the length of the pitch slows down female pacers, making the sport less interesting for viewers. Endorsements are far fewer for women cricketers, as are post-retirement benefits — the latter would be crucial for a greater number of women to look at cricket as a rewarding career. For all this to happen, cricket administrations must cede more space to women. Even though the International Cricket Council has launched ‘100% Cricket’, an annual campaign dedicated to the promotion of women’s cricket, not much is expected to change — apart from the semantics — because of the absence of women’s representation in decision-making bodies.

The gathering momentum towards adopting gender-neutral language is welcome; it can help shed the trappings of a binary imagination. But these transformations can also be cosmetic. The European Parliament was one of the first international organizations to adopt guidelines on gender-neutral language. Yet, on an average, European women have to work an extra 51 days per year to earn the same amount as their male colleagues and only 20 out of 47 European states cover discrimination based on gender identity.

Even the change in semantics may have its limitations. Batsmen are now out: but the ‘third man’ and ‘nightwatchman’ remain on field.