How the tiger won the throne from the lion 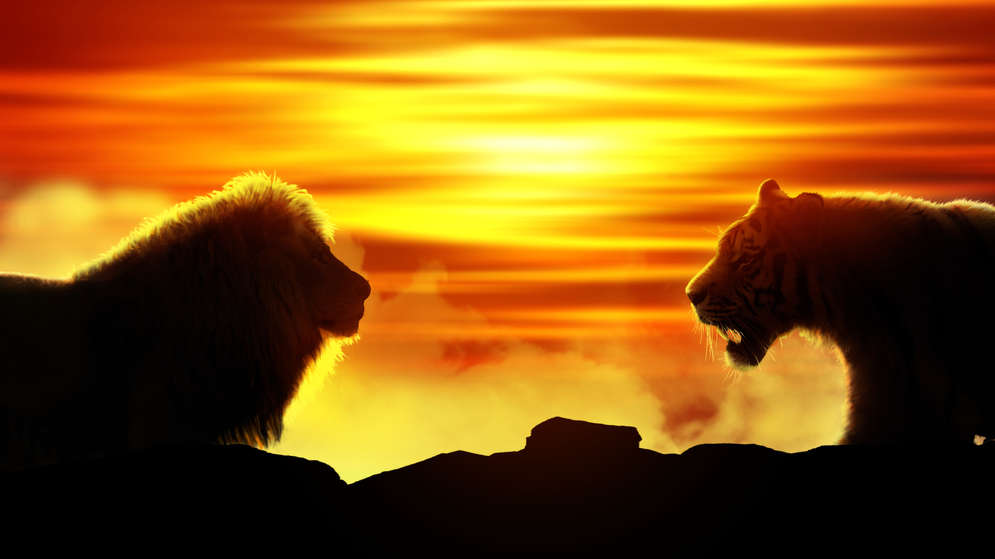 It was nearly half a century ago this very month in September 1972 that the task force on the tiger presented its report to the government. We live in a world where the conservation of wildlife and, even more, the protection of biological diversity is taken as Sine qua non by leaders of all nations. Yet, till 1969, when the Bengal Tiger was named in the Red Data Book, it was not seen as threatened with extinction. Right until then, sport hunting was not only well-known but encouraged to earn much needed foreign exchange. In three short years, India, long famed as a destination for trophy-hungry hunters, had seen the government take up the question of conserving not so much the species in isolation as creating a network of reserves where it could be preserved in situ.

In April the following year, the country would launch Project Tiger, which initially covered nine reserves in eight states. It now extends over 50 reserves in 18 of the 28 states of the Indian Union. The project was impossible to get off the ground without the full support of state governments as each reserve was to have a core area where forestry operations would come to a halt. This meant the loss of considerable revenues mainly from timber. In a sense, the tiger now became the umbrella species, which would help secure the future of the rich tapestry of life in each reserve.

Even prior to the launch of the project, a major change took place — namely the replacement of the lion as the national animal by the tiger. The latter now began to be referred to in Indian government documents not as the Bengal tiger but as the Indian tiger. It became a symbol of national unity in a diverse and vast country. While not found in all regions, it had a range far more vast than the animal it dethroned: the lion is found only in one state, Gujarat.

The relation of tiger and lion as icon is not new and has a longer tale to it. The National Tiger Conservation Authority begins its report on tiger numbers and habitats with an apt quote from the Mahabharata in which Vasudeva warns Sanjaya, and the verses are cited in extensio. “Do not cut down the forest with its tigers/ and don’t banish the tigers from the forest/ the tiger perishes without the forest/ and the forest without its tigers is cut down.” Needless to add is the explicit allegory to the Pandavas who were the tigers and the Kauravas who represented the forest itself. Each needed the other and living together in peace was preferable to all-out destruction in war.

In her new monograph, Mega Mammals in Ancient India, the historian, Shibani Bose, goes a step further. These large and majestic animals were well known to the composers of the epics and they used them as metonyms. An animal was more than just a creature of the great forests: it was a symbol with near-human attributes.

The clash of lion versus tiger was taken up more than once. Gandhari, mourning her son, Duryodhana, compared him to a tiger slain by a lion. The vyagra or the tiger evoked fear, and warriors were often referred to in Sanskrit texts as vyagra purusha or tigers among men. The tiger skin or vyagra charma conferred power upon kings in rituals of consecration and also on those who meditated in solitude.

But the lion still stood out. In the Valmiki Ramayana, when threatened with abduction, Sita warned Ravana of her husband being “A man among lions, a lion among men and a lion-like man.” In the Mahabharata itself, Vidura the epitome of wisdom, likened the Pandavas to lions in the forest. The landscape was bereft of order without the animal that dominated it.

The tiger was both feared and admired in the Jatakas of the Buddhists.  Bose shows how, “notwithstanding its strength and grandeur, the striped predator voices acceptance of the supremacy of the lion.” Across the centuries, with the singular exception of Tipu Sultan of Mysore, who was killed in the Battle of Seringapatam in 1799, rulers sat on a lion throne. The idea of the simhasana did not exist in isolation. Several other animals, such as the elephant (a tusker) or a bull, could also be emblems of power. But among the great flesh eaters of the woods and grasslands, the lion captured the imagination in more ways than one.

What made the lion stand out? It is possible that living in open scrub jungle and tree-dotted savannah and with the impressive mane and roar of the male, it captured the imagination. Part of this may be explained by its once extensive range, extending across west, central and north India. Early pharmacopeias refer to the lion being at the apex of the aranya or forest and man in the grama or village. Divyabhanusinh observes how the lion in Mughal works was seen to be almost the equivalent of the padshah or emperor.

But then the tiger goes even further south. The Kalakad Mundanthurai Tiger Reserve is in one of the most southernmost districts in India: Tirunelveli in Tamil Nadu. Further, lions have not been recorded in historic times east of Palamau, Jharkhand, whereas the tiger ranges eastward into Burma and Southeast Asia.

Of course, the lion’s ascent to national animal status may have also been speeded by its prominence in the lion capital of Ashoka. It was also prized for its rarity and well before Independence the lions of Gir forest were the last outside Africa.

It is tempting to see the tiger’s ascent in 1972 as occurring owing to a confluence of factors. Its decline had been swift, Indira Gandhi noting it lucidly when she said, “Project Tiger abounds in irony.” A country fabled for the animal was now rallying to save it from annihilation.

Perhaps the extensive range of the tiger made it a rallying point for the mission of conservation efforts as a whole. The reserves were diverse patches of its habitat in varied landscapes, ranging from the mangroves of the Sunderbans to the dry, thorn forests of the Aravalli reserve of Sariska.

It is also notable that these efforts at the turn of the 1960s came in the wake of two crippling droughts. There was awareness of the relevance of woods and grasslands for recharging groundwater. The forest helped food security, albeit indirectly. This was part of an effort to slow down clearing by axe and plough or opening up fresh land for industry with no thought for the environmental hazard.

In the past, the power of these powerful animals had dwarfed that of people. Where they evoked fear, they now were to embody collective endeavour to help their survival. Older symbols were reconfigured with new meanings. There are dimensions of nature embedded deeply in memory and history, lore and culture. Even the memory of how the lion lost the throne reminds us of how much of the self is wrapped with non-human entities that share the land and sky with us.