POLITICS AND PLAY | How the hard Right mimics the hard Left 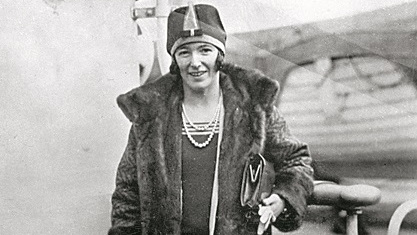 I have been reading the memoirs of Dora Russell, a pioneering British feminist and educationist. These were published in three volumes, of which I have just finished the first. This covers her upbringing in Edwardian England, her education at Cambridge, the development of her views on gender equality, an experimental school she established, and the years of her marriage to the brilliant and controversial philosopher, Bertrand Russell.

Like others of her generation, Dora Russell was profoundly influenced by the Bolshevik Revolution, which occurred when she was in her early twenties. Shortly after the Revolution broke out, she travelled through Russia to study its impact first-hand. Speaking to ardent Bolsheviks in Russia in 1918-19, Dora was reminded of medieval Christian theologians who had dreamt of the Perfect Universe that they hoped god would create. Like those religious utopians, “these men [in Russia] were emulating the Great Clockmaker, the Architect of the Universe, and, just as He had set the planets in perpetual motion, so they would make a blueprint of the new society, based on industrial mechanism, in which each man or woman would find a place to work and contribute to the whole. Once set in motion, this new rational social system would carry on of its own momentum.”

In her conversations in Soviet Russia, Dora Russell was both impressed and somewhat disturbed by the fierce dogmatism of the Bolsheviks. As she wrote at the time, “the teaching of communism, however necessary it may appear for the building of the communist state of the future, does seem to me to be an evil in that it is done emotionally and fanatically, with an appeal to hate and militant ardour rather than to constructive reason. It binds the free intellect and destroys initiative.”

A decade after Dora Russell, the poet, Rabindranath Tagore, visited Soviet Russia. Tagore spent two weeks in the country, going to schools and factories, and speaking to a wide cross-section of the citizenry. Shortly before he left, Tagore gave an interview to the Party newspaper, Izvestia. He praised the “amazing intensity” with which the Soviets had spread education, then added these caveats: “I must ask you: Are you doing your ideal a service by arousing in the minds of those under your training, anger, class hatred and revengefulness against those not sharing your ideals, against those whom you consider to be your enemies? True, you have to fight against obstacles, you have to overcome ignorance and lack of sympathy, even persistently antagonism. But your mission is not restricted to your own nation or own party, it is for the betterment of humanity according to your light. But does not humanity include those who do not agree with your aim?”

In Tagore’s opinion, a mature political system would permit “disagreement where minds are allowed to be free”. For “it would not only be an uninteresting but a sterile world of mechanical regularity if all our opinions were forcibly made alike. If you have a mission which includes all humanity, acknowledge the existence of differences of opinion. Opinions are constantly changed and rechanged only through the free circulation of intellectual forces and moral persuasion. Violence begets violence and blind stupidity. Freedom of mind is needed for the reception of truth; terror hopelessly kills it.”

Tagore’s remarks are quoted in a book published the same year by Visva-Bharati. The book was put together by the scientist, P.C. Mahalanobis, who accompanied the poet on his travels. It is unlikely, however, that Izvestia reproduced the interview in its entirety. As a Party newspaper, it could not print criticism of the Soviet State. Fortunately, however, Tagore’s strictures on the vengefulness and the hatred that were (and still are) so characteristic of Communist ideology were taken down for posterity by Mahalanobis.

To return, once more, to Dora Russell. A couple of years after her travels through Soviet Russia, she visited China, and spoke to the activists of the fledgling Communist Party there. Their dogmatism and ardour, if anything, exceeded that of their Russian comrades. In a letter written to a friend from Beijing in January 1921, Dora remarked that while ideologues “can have visions of an immediate reign of communism it can be no more than a religion both in China and Russia yet... As a religion it may have the advantages that religions do have for states in the making, that of binding people into a community and giving them an expression of herd feeling. It is amusing to see the West supplying the East with a religion for a change.” Later, in the same letter, she remarks that “the tyranny of a doctrinaire may be far worse than that of fat capitalist... I get absolutely crazy at the lack of understanding of the scientific outlook in all these people who talk so proudly of science.”

Notably — as the contemporary history of our own country shows — the radical Right shares many attributes with the radical Left. They believe that the ends justify the means, that politicians in power must control the bureaucracy and the judiciary, that the State and the ruling party must have the powers to control and direct how novels are written, how songs are sung, which slogans are encouraged and which prohibited. The radical Right also disregards the scientific outlook and is guided by the mystical, irrational elements of its own faith.

The parallels between right-wing and left-wing absolutism were brilliantly sketched by the French historian, François Furet, in his book, The Passing of an Illusion. Here, Furet writes: “Just as there was a Soviet people, so there was a National Socialist people: anyone outside it was an antisocial individual. Unity was constantly celebrated and reaffirmed publicly, above all in ideological pronouncements. Its supreme form was the cult of the leader, the Führer. The masses were thus in compulsory and permanent communion with the party-state. Beyond that, there were only enemies of the people — a category both elastic and repetitive at the disposition of the Führer; for Lenin, this meant the bourgeois; for Hitler, the Jews. The existence of a plot had to be emphasized at all times in order for the people to remain vigilant and the regime eternal.”

Furet further notes that for Fascism as for Communism, the most violent and immoral means were acceptable if they would lead to political domination. Thus, for Lenin and for Hitler, “you could kill your fellow citizens like enemies in a war. They need only belong to the wrong class or to an opposing party. The denunciation of legality as a ‘formal’ lie led to the ‘real’ exercise of arbitrary power and of terror.”

Furet’s book deals with inter-war Europe; hence the juxtaposition of Lenin and Hitler. A future historian of postwar Asia might see a similar parallel between the rise of Communism in China and the rise of Hindutva authoritarianism in India, and especially between the cult of Mao and the cult of Modi. Indeed, although Furet never visited India and probably had read little about the history of this country, the passage I have quoted is eerily prescient about India today. Like the Chinese Communists under Mao, the Bharatiya Janata Party under Narendra Modi wishes to build a ‘party-State’. It has assiduously created a cult of the Great and Flawless Leader; it demonizes opponents and critics as anti-national; at periodic intervals, it claims that there are assassination plots against the prime minister and, most worryingly, it demonizes Indian Muslims just as the Communists have demonized non-Han communities in China.

Although neither side likes to acknowledge it, the hard Left and the hard Right have always had a great deal in common. Consider afresh this quote from Dora Russell: “The teaching of communism, however necessary it may appear for the building of the communist state of the future, does seem to me to be an evil in that it is done emotionally and fanatically, with an appeal to hate and militant ardour rather than to constructive reason. It binds the free intellect and destroys initiative.” Substitute ‘Hindutva’ for ‘Communism’, and this would be a piercingly accurate description of what the RSS and the BJP are seeking to do in India today.