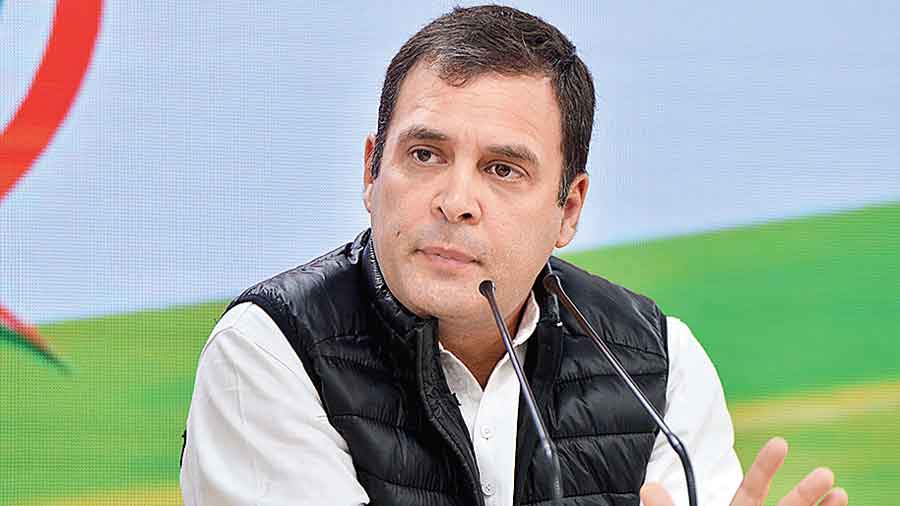 The Assam Pradesh Congress Committee recently got its new president in Bhupen Kumar Borah, who has previously been the secretary of the All India Congress Committee. The appointment ended months of speculation, especially after the outgoing chief, Ripun Bora, put in his papers soon after the party’s second straight loss in the state assembly polls in May. Borah’s appointment, along with that of three working presidents, seemed to have the Rahul Gandhi stamp. Like the recently-appointed Punjab PCC chief, Navjot Singh Sidhu, and Kerala PCC chief, K Sudhakaran, Borah is also close to former party chief, Rahul Gandhi.

Borah made it to the coveted post in spite of not being a sitting member of the legislative assembly or member of parliament. He has lost three successive polls — one Lok Sabha and two state assembly elections. This appointment thus reflects the confidence Rahul Gandhi has in him. Borah came up through the ranks, has impressive oratorial skills and is politically astute. But he is taking over at a time when the state unit is riven with factionalism and desertions, and has been in a free fall since 2014. Congress insiders said the party high command will need to provide him all the support, at least until the 2024 Lok Sabha elections, if it wants to revive the party in the state.

Jyotiraditya Scindia
File picture
From the other side
Advertisement

Jyotiraditya Scindia appears to have settled well in the saffron family, more than a year after he quit the Congress and embraced the Bharatiya Janata Party. He has been rewarded handsomely, having been appointed the minister for civil aviation and he looks more than happy.

This week he was in the Lok Sabha to introduce a bill. In front of him, his former colleagues from the Congress were waving placards and shouting slogans against the government. Battling the din, Scindia remained focused and kept hailing the prime minister, Narendra Modi. He said that Modi was fulfilling the vision of Mahatma Gandhi with his commitment to ensure that the poor who wear “hawai chappal” get to fly in the “hawai jahaz”.

Scindia seemed to have understood very well that in order to remain in the good books of the BJP leadership, it was essential to keep on hailing the prime minister. He slammed his former colleagues for resorting to raising slogans and trying to block Parliament proceedings, thereby hindering the process of the country’s development. Scindia clearly chose to forget that not long ago, during the first Modi government, he was on the other side, protesting.

A simple query by the Patna High Court on how many Indian Administrative Service, Indian Police Service, Class I and II officers send their children to study in the government schools of Bihar has left the entire gargantuan governance and administration machinery in a bind. The implication of the question raised in a case discussing the quality of education in government-run schools is so enormous that everybody is looking for an escape route, especially in the light of the fact that it would be difficult to find a senior administrative officer sending his or her children to study in such educational institutions.

“If we tell the high court that no such officer, or just a negligible few, send their children to government schools, it will mean that the quality of education in them is very low. It will also mean that the Bihar government and its ministers had been brazenly making unsubstantiated tall claims about the expansion and development of school education in the state,” a senior IAS officer said. “It will also make it clear that just construction of school buildings and inducting below average teachers is not the same as providing quality education.” In recent years, the education provided by many schoolteachers in Bihar has come to be questioned.

The Rashtriya Janata Dal leader, Lalu Prasad, has been talking about his return to Patna for the last couple of months. His wife, Rabri Devi, and his sons and daughters, have also reportedly been saying that he is coming back soon. The imminent return of the charismatic leader adept in forging new political equations, especially at a time when his son, Tejashwi Yadav, is leading the Opposition’s Grand Alliance and the Nitish Kumar-led National Democratic Alliance government in Bihar is clinging to power by a thin majority, is striking terror among the parties in the ruling coalition. “Ab aur bardaasht nahi hota (I can’t take it any more). I have lost my sleep and am worrying about the future of our government in the state. This suspense and fear is taking a toll on my mental and physical health. I also now want him to return as soon as possible. I will be very relieved,” a first-time minister in the NDA government said.

Lalu Prasad has been away from Bihar for over three-and-a-half years following his conviction in various fodder scam cases. He got bail in April and is currently in Delhi after being released from treatment under incarceration at All India Institute of Medical Sciences, Delhi.

Karnataka’s leader of the Opposition, PC Siddaramaiah, never minces words, especially when it comes to Opposition parties. The latest to get a taste of his sharp choice of anecdotes is the newly-picked chief minister, Basavaraj Bommai. When asked to rate Bommai, the son of the former chief minister, SR Bommai, of the Janata Party, Siddaramaiah commented that children need not inherit the virtues of their fathers. But senior Congress leaders have stayed away from the remark since they did not want to trigger a war of words with political rivals waiting to pounce on one another.

Now that BS Yediyurappa is out of the Chief Minister’s Office, his admirers have just one question to ask. The BJP forced him out citing his age among other reasons, when, at 78, Yediyurappa is no less active than some of his juniors in the ministry. But when the BJP campaigned heavily in the Kerala state polls in April, the party pitched for ‘metro man’, E Sreedharan, who was already 88. So why the double standards, many ask. But obviously the party is not ready to answer such queries.