Horsing around for photo ops

Does a symbolic display of power have an actual impact in the everyday lives of ordinary citizens? 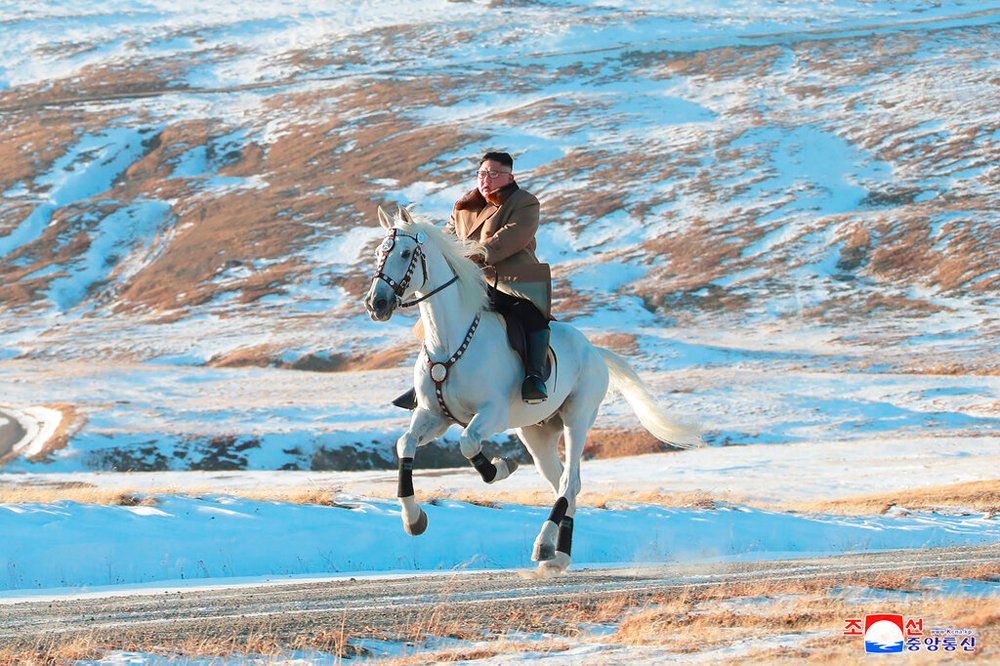 Sir — The North Korean leader, Kim Jong-un, was photographed on horseback in the snow-covered Mount Paektu recently. A photo-op of a political leader riding a horse is not new — the Russian president, Vladimir Putin, was captured riding a horse bare-bodied in 2009. But even before that, the image or statue of a leader riding a horse had been employed to show power and authority. Does such a symbolic display of power have an actual impact in the everyday lives of ordinary citizens?

Sir — The self-certification by the Union home minister, Amit Shah, that his government is transparent and that there will be no need to invoke the Right to Information Act mocks the idea of a corruption-free India (“Out in the open”, Oct 16). This goes against the principle of transparency. The RTI Act is essential for a strong, participatory democracy.

Being uncomfortable with the existing provisions of the RTI Act, the government used its brute majority in Parliament to pass an amendment bill. The amended Act gives the government the power to control the terms of office and salaries of information commissioners across India. Further, it can also be assumed that its apathy towards filling the vacant posts of commissioners, which leads to a pile-up in pending RTI requests, is another attempt by the government to choke the Act.

A powerful movement demanding that the information commissioners be treated on a par with, say, the election commissioner is the need of the hour. Civil society with the help of the media must exert pressure on the government.

Sir — The editorial, “Choose wisely” (Oct 18), was thought-provoking. It questioned the intent behind the Bharatiya Janata Party in Maharashtra proposing the name of V.D. Savarkar for the Bharat Ratna in its manifesto ahead of the assembly elections there.

While one must salute Savarkar’s courage as a revolutionary, it is disappointing that after enduring a long period of torture in Cellular Jail he wrote mercy petitions to the British government, pledging his loyalty to the raj in exchange for his release. It must be remembered that other revolutionaries such as Ullaskar Dutta, a fellow inmate of Savarkar, bore the torture instead of pleading for mercy. I hope that if and when Savarkar’s case is considered for the Bharat Ratna, revolutionaries like Dutta and others are not forgotten.

Sir — This month, the prime minister, Narendra Modi, declared the country open-defection free. However, it is an apocryphal claim and raises doubts about the evaluation process followed while verifying the ODF status. Incidents such as two Dalit children being lynched for defecating in the open contradict the government’s claim as well as highlight the underlying casteism in it.

Although the Swachh Bharat Mission has achieved more success than previous schemes on sanitation, India is by no means an ODF country yet. The SBM database itself reveals that only 90 per cent of the villages that have declared themselves ODF have undergone just the first level of verification. In Odisha, this figure is as low as 51 per cent. Further, the activist from Safai Karamchari Andolan, Bezwada Wilson, has rightly asked whether a country that has around 90 lakh homeless people can be ODF. Modi must provide us with an answer.

Sir — October 17 was the International Day for the Eradication of Poverty. Poverty is at the root of many socio-economic problems. In India, wealth is distributed unequally, leaving thousands of people without access to necessities like food, water and sanitation. Only by eradicating poverty can social problems be tackled.

Sir — Authorities must look into the problem of noise pollution. Little attention is paid to it. For instance, in a school in Purbachal, the ruckus caused by the constant use of microphones by teachers creates a nuisance. Even for simple activities like organizing and conducting sports, microphones are used. Being a congested locality, this becomes unbearable for patients and other residents. I hope that the authorities concerned take strict action since speaking to the school authorities did not yield positive results.