Advertisement
Home / Opinion / Homeland versus territory: the difference between belonging and controlling

Homeland versus territory: the difference between belonging and controlling

Even if the Centre could justify different yardsticks for Kashmir and Nagaland, the Naga problem would persist 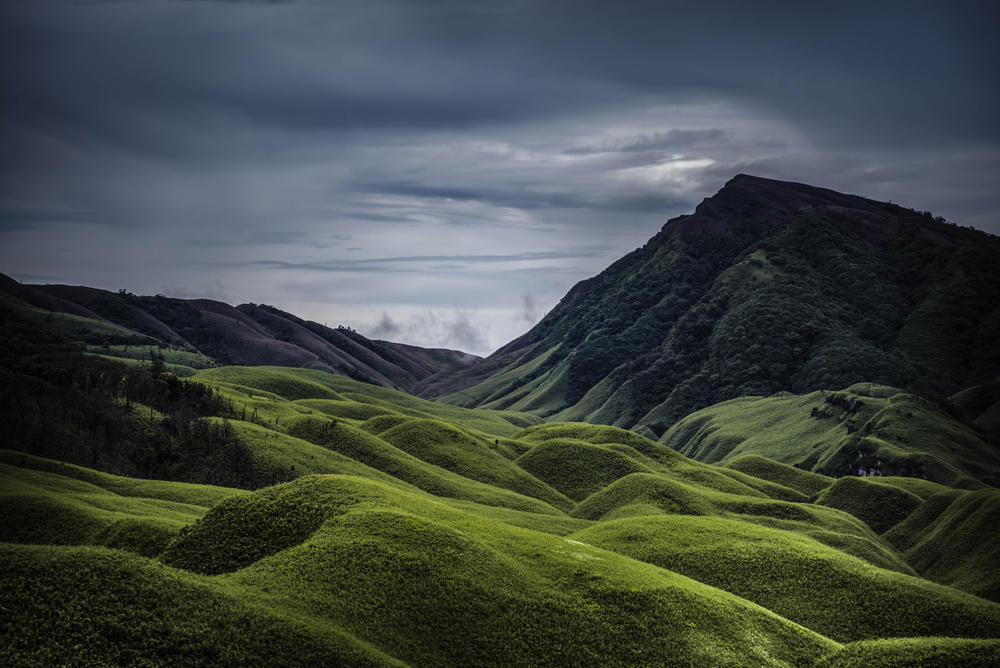 A view of Dzukou Valley, on the border between Nagaland and Manipur. Much of what the Nagas consider as their ancestral land are also the homes of Kukis and other tribes. They also fall within the feudal notion of land of the erstwhile kingdom of Manipur
Shutterstock
Pradip Phanjoubam   |   Published 17.09.19, 08:54 PM

The news that the Prime Minister’s Office has given the interlocutor of the Naga peace talks, R.N. Ravi — he has since been appointed governor of Nagaland — a three-month deadline ending October to come out with a conclusive settlement is being received with a good measure of scepticism by all stakeholders, not necessarily only Nagas. The question is whether this is a show of optimism that an amicable resolution is close at hand or is it a take-it-or-leave-it ultimatum from the Government of India?

This uncertainty has now been made even more acute by the developments in Kashmir where the special status given to the latter under Article 370 has been controversially made ineffectual from August 5. Kashmir’s statehood has also ended with its bifurcation into two Union territories. From all that has appeared in print of the Naga peace negotiations, it is evident that the Nagas were also bargaining for an Article 370-like status in lieu of complete sovereignty. In fact, even as the matter of the three-month deadline became public, Thuingaleng Muivah, the leader of the biggest Naga militant group, the National Socialist Council of Nagaland (I-M), made a public statement that a Naga settlement will have no meaning if Nagas were not given a separate Constitution and a flag.

The reality is even if the Union government were able to find a justification for applying different yardsticks to Kashmir and Nagaland, and the latter does end up being awarded what was so dramatically revoked from Kashmir, the deeply entangled Naga problem would hardly have been resolved. For then the question of exclusive ethnic homeland would become the foremost hurdle, as indeed the Nagas are also asking for an integration of all contiguous areas, spread across neighbouring states, that they consider to be their ancestral homeland.

An indigenous ethnic homeland is notional. There are several of these in the Northeast region, almost as many as there are different ethnic communities. Each of them can differ greatly from the other, depending on the sophistication of economy each had reached before the dawn of modernity. Hence, a hunter-gatherer, a nomadic shifting cultivator, an agriculturist, a feudal principality and so on would have different notions of a ‘homeland’. For a hunter-gatherer, home is wherever he can hunt and fish. But for a nomadic cultivator, wherever he pitches tent becomes part of his homeland. This should also imply that with the modern economy emerging to be a great leveller, the passion for ethnic homelands ought to have undergone a degree of moderation. This, unfortunately, has not happened to the extent that was expected.

These homelands, an overwhelming section of which are large tracts of uninhabited forests, mountains, lakes and rivers, have always overlapped, sometimes completely, and for most of the pre-modern past, without ugly, unmanageable frictions. This is so because the principles that defined the traditional ethnic homeland are more in the nature of a sense of belonging and attachment to land and environment. This is quite unlike the modern notion of territory, characterized not so much by this sense of belonging but of ownership and the control of resources. This being so, when any one homeland is given priority over another and definite territorial boundaries are assigned to it, conflicts become inevitable. These conflicts can be bitter and violent. The Northeast region, which has been a witness to several such conflicts, will vouch for this.

Not much is known about the contents of what are being negotiated, even though a ‘framework agreement’ was signed between the NSCN(I-M) and the GoI in 2015. The broad understanding from the little information available from those negotiating on behalf of the Nagas is that the aim is to work out a model for asymmetric power relations between India and the ‘Nagalim’ based on the lofty principle of ‘shared sovereignty’. By this, the Nagas would have, among other provisions, a separate Constitution, flag and army, and be truce-bound in a fraternal alliance with India. Kashmir has, however, put a cloud on the likelihood of anything close to this arrangement. While the Naga negotiators are projecting these to be the likely contours of a settlement, GoI seems ready to concede to some special concessions for Nagaland within the Indian Constitution and permit autonomous territorial councils for Nagas outside Nagaland. Even if the latter situation comes to pass, there would still be trouble in defining what exactly constitutes Naga territory outside of Nagaland given the overlapping nature of ethnic homelands. This trouble is likely to be most explosive in multi-ethnic Manipur. Much of what the Nagas consider as their ancestral land are also the homes of Kukis and other tribes. They also fall within the feudal notion of land of the erstwhile kingdom of Manipur with its core in the central Imphal valley dominated by the Meiteis.

This being so, intriguing as the idea of shared sovereignty is, what seems even more crucial for reaching a permanent settlement to resolve the ethnic unrests in the Northeast is the understanding of and the acceptance among the ethnic communities the idea that a shared homeland has been their geographical destiny and must continue to be so for the sake of peace.

The author is a senior journalist

No impact of 370 in Nagaland: Governor