History recited as a poem 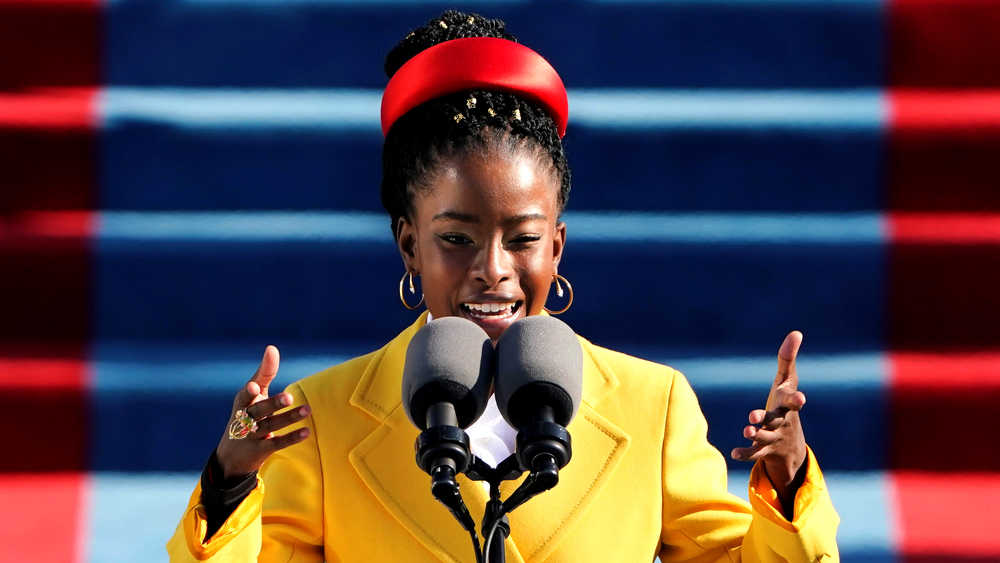 While Joe Biden was eager to offer a hopeful vision for a deeply divided America, there is little doubt that his inauguration was won by the 22-year-old poet, Amanda Gorman. In no time, she became the voice of a new era, calling for “unity and togetherness” through her five-minute poem which began with “When day comes, we ask ourselves where can we find light in this never-ending shade?” The young black poet perfectly symbolizes Biden’s bid to put the ‘united’ back in a divided United States of America. Gorman became America’s first national youth poet laureate in 2017; subsequently Jill Biden was impressed by her reading of a self-penned poem at a public event, which prompted the first lady to suggest Gorman’s name for the inauguration.

Not every US presidential inauguration is graced by the presence of a poet — they were present on only six out of 59 such occasions in a 232-year history. Only four out of 46 US presidents so far — Kennedy, Clinton, Obama, and Biden — have had poets reading at their inaugurations. But this trend is gaining popularity: five out of the last eight presidential inaugurations featured some sort of poetic light. “Summoning artists to participate/ In the august occasions of the state/ Seems something artists ought to celebrate.” These were the initial lines of the undelivered inaugural poem “Dedication” by Robert Frost, which he wrote for John F. Kennedy’s inauguration in 1961.

Interestingly, except Frost, less known poets have always been chosen, if at all, for a presidential inauguration. In 1993, the poet and civil rights activist, Maya Angelou, recited her poem “On the Pulse of Morning”, at the first inauguration of Bill Clinton. Incidentally, Gorman, who was born five years later, found a role model in Angelou, whose autobiography, I Know Why the Caged Bird Sings, reminded her of her own life. Then, in 1997, poet and translator, Miller Williams, read his poem “Of History and Hope” at Clinton’s second inauguration.

In 2009, Barack Obama’s inauguration was graced by Harlem-born poet, Elizabeth Alexander, a personal friend of Obama himself. However, the actual poem was criticised to be “too much like prose” and the delivery was “insufficiently dramatic”. The Minneapolis Star-Tribune remarked that “she should speak not for the people but to them.” Four years later, Richard Blanco — the first immigrant, first Latino, and first gay person to be an inaugural poet — read his poem, “One Today”, at the second inauguration of Obama: “One sun rose on us today, kindled over our shores”.

At 43 years and 236 days on the day of his inauguration, Kennedy is  still the youngest to become president by election in America. When Kennedy invited the 86-year-old poet from New England, Kennedy’s home state, to become the first poet to read at a presidential inauguration, Frost replied: “If you can bear at your age the honor of being made president of the United States, I ought to be able at my age to bear the honor of taking some part in your inauguration. I may not be equal to it but I can accept it for my cause — the arts, poetry, now for the first time taken into the affairs of statesmen.” Because of the sun’s glare, reflecting off the snowy ground, Frost could not read his new poem, “Dedication”, and he, instead, reverted to his classic poem, “The Gift Outright”, which maybe a history of the United States in 16 lines of blank verse, published in 1942, which he knew by heart. By contrast, the 22-year-old Gorman is the youngest poet to grace the inauguration of the oldest American president to take oath yet.

Through her fluid, emotional recital, Gorman celebrated the theme of unity through the message: “The new dawn blooms as we free it.” From Walt Whitman to Robert Frost to Amanda Gorman, poetic lights continue to pour out the nation’s heart throughout its history.

It is well known that Kennedy adopted the final stanza of Robert Frost’s iconic poem “Stopping by Woods on a Snowy Evening” to conclude his stump speech: “But I have promises to keep,/ And miles to go before I sleep.” This was written almost a century ago. However, it is no less relevant today. Just as relevant are the words Amanda Gorman recited at the Capitol Hill: “while democracy can be periodically delayed, it can never be permanently defeated.” In her inaugural poem, “The Hill We Climb”, the young poet portrayed a vision of a nation that “isn’t broken, but simply unfinished.”