Hindutva: Towards a problematic, hegemonic unity 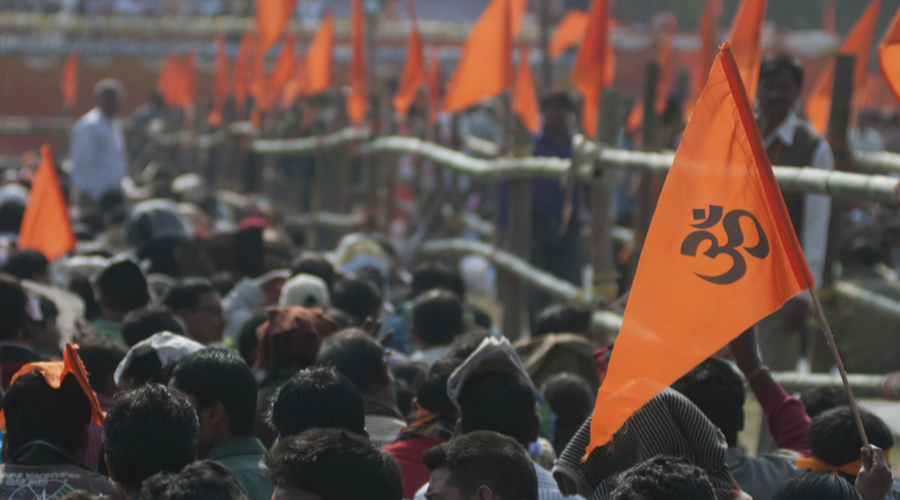 Project Hindutva is being arduously connected to caste, class and religious formations.
Shutterstock
Ajay Gudavarthy And Prakash Desai   |     |   Published 09.07.20, 12:26 AM

Hegemony of any ideology or political formation is possible when it can offer a vision that can potentially cut across existing social and economic divisions in society. Ideologies offer a moral vision on how to overcome such divisions as caste, class and religion, even though conflicting material interests among these constituencies continue to exist. In India, during the early days after Independence, it was the Congress that offered its social vision of the ‘politics of accommodation’ and ‘inclusive nationalism’. Without directly challenging the social hegemony of the dominant castes and classes, the party offered a semblance of mobility for the Dalits and the prospect of inclusion and security for the Muslims. It also accommodated the Hindutva variant of political mobilization, while championing secularism and ‘constitutional morality’. What we are witnessing today is the replacement of this vision by Hindutva, which is offering a new narrative of inclusion and mobility across castes and classes.

The Bharatiya Janata Party began as a ‘Brahmin-Bania’ outfit. But today, it has an appeal across castes. It was once known as a ‘middle-class party’ with a limited reach within urban areas. Today, it attracts the urban poor and the rural peasantry. In religious terms too, the Rashtriya Swayamsevak Sangh has gone against the precepts of its founder, M.S. Golwalkar, and argued that everyone born in India is essentially a Hindu. This assertion does not exclude Muslims.

Dissenting voices and those excluded by the earlier versions of Hindutva politics have been recalibrated to find new positions, possibilities and hope. In terms of class, the hegemony of corporate capital and economic globalization has offered a semblance of mobility for all; those excluded have been promised achchhe din in the times to come. In terms of caste, the mobilization of smaller factions has created a new momentum. In religious terms, Hindu identity is being galvanized. India — New India — as a cultural entity is forging a new unity, even if it means targeting Muslims. Even here, ‘nationalist Muslims’ are respected: Abdul Kalam Azad, the former president, is an example. Only dissenting voices are being targeted. A counter-factual narrative will not work unless it demonstrates what is morally objectionable to this idea of unity.

Hindutva has achieved considerable success when it comes to uniting castes and classes. But its real accomplishment lies in its ability to accommodate even the most virulent of critiques and those that stand as polar opposites. Consider the case of the Lingayat community in Karnataka and in some other states in southern India. There was a heated debate before the last assembly elections in Karnataka if Lingayats should be offered the status of a separate religion. The Congress supported the Lingayat community, which had gravitated towards the BJP, notwithstanding its stance against Vedic communities and Brahamic Hinduism. The Lingayat movement believes in the ideals of egalitarianism. It seeks to eradicate caste and class differences. The guiding philosophy of Basavanna, the 12th-century saint, has even been referred to as an instance of ‘Eastern Protestantism’. However, even though it emerged as a challenge to the Brahminical vision of birth-based hierarchy, the Lingayat movement got segregated into sub-castes based on occupational specialization. Interestingly, these internal divisions are working towards a larger unification. Dominant sections in the community, especially those that are closer to political power, are affluent and propertied and are asserting a larger Hindu identity, while the weaker sections among Lingayats, dependent on State resources and reservations for being identified as other backward classes, are also having to depend on a resurgent Hindu identity.

The shifting dynamics within the community are a signal of the changing nature of caste-class relationships within various communities and explain their choice of Hindutva as a mode of articulating these demands. These are subtle but significant changes that have made right-wing politics better suited to preserve community interests and gain in terms of mobility. Similarly, within Muslims, while the dominant sects stand opposed to the Uniform Civil Code, marginalized communities such as the Pasmandas are seeking to gain protection, including legal sanction for inter-caste marriage, through the UCC. Hindu right-wing organizations have already raised the pitch for separate reservations for the Pasmandas, even though the majority of victims of mob lynching by cow vigilantes happen to belong to the same community. Shias who are at loggerheads with Sunnis have also drawn closer to Hindutva if the formation of the RSS’s Muslim Rashtriya Manch is any indication.

Thus, Project Hindutva is being arduously connected to caste, class and religious formations. Without making sense of these micro-foundations, one would not be able to understand what an alternative discourse should look like.