Heartwarming to see a desi snack make it at the Oval

Back home, jhalmuri is a favourite in offices, on trains and buses, in railway stations and at bus stops 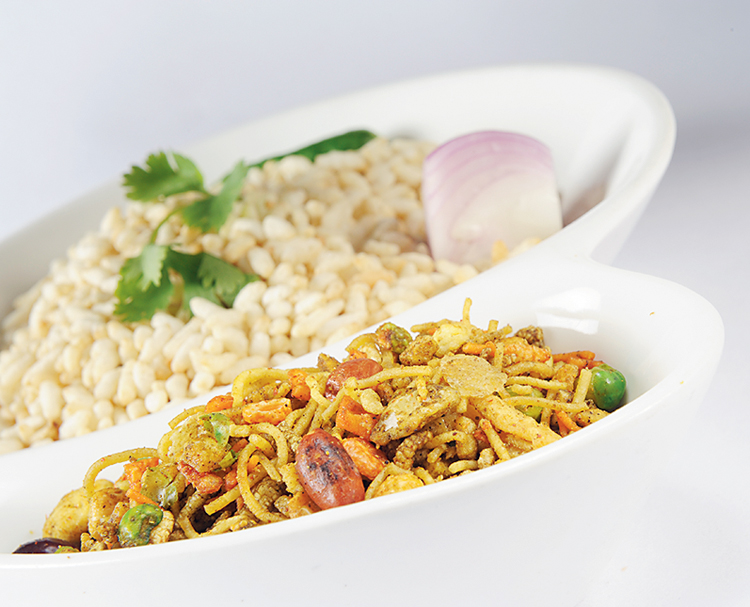 Sir — Amit Roy’s report on Angus Denoon, a British chef bringing Calcutta to London through his ‘Jhalmuri Express’ (“Jhalmuri Express a hit at Oval”, June 12), a colourful makeshift stall, is a delightful read for any Bengali. Jhalmuri is a favourite snack in offices, on trains and buses, in railway stations and at bus stops. It is always alluring whether one is rushing or relaxing, is either alone or among friends. During his Calcutta trip, Denoon had minutely observed the making of jhalmuri by different vendors and tasted it too. His own jhalmuri sale at the Oval on June 9 when India and Australia were playing the World Cup was a runaway hit. I wish him success.

Sir — At the Oval, Angus Denoon’s jhalmuri was hugely popular with Indians, who made up most of the day’s spectators for the World Cup match. Denoon, a former chef, had tasted the puffed-rice wonder in Calcutta for the first time at the corner of Royd Street and Mirza Ghalib Street, formerly Free School Street. In his report on Denoon, Amit Roy mentions the erstwhile Dunlop building there; this recalls another British connection. William Makepeace Thackeray, a great Victorian novelist, was born nearby too.

Denoon mentioned street food at B.B.D. Bagh. But what he overlooked were the conditions under which the food there is prepared and sold. Rules of hygiene are flouted, although biryani for the gourmet or doi-chira for those with feebler stomachs does seem to leave people quite fit after their meals. Also, the food there is a great leveller, with corporate executives rubbing shoulders with peons, jostling for fish and rice. And whatever you eat, you do not have to pay through your nose.

Sir — Jhalmuri is one of the most popular street food items in India. It is heartwarming to see its magic spread to foreign shores as well.

Sir — The United Nations secretary general, António Guterres, recently launched a new UN Disability Inclusion Strategy to raise global awareness about the rights of persons with disabilities. International governments should ratify this and make provisions to create equal opportunities for differently abled persons, who are usually under-represented and discriminated against. It is heartening that they are making history in different fields, one example being Arunima Sinha, the first woman amputee to reach Mount Everest in 2013. Disability is not inability. Sinha is a role model, who proved that nothing is impossible with dedication and a strong will.

Sir — The Communist Party of India (Marxist) seems adamant about not learning any lesson from its defeat in the Lok Sabha elections. Sitaram Yechury, the party’s general-secretary, squarely blamed the Election Commission for the Bharatiya Janata Party’s victory. In 2014, the tampering of electronic voting machines was supposed to have been behind the Opposition’s poor performance. But the CPI(M) made no noise about EVMs when the BJP lost the assembly elections in Madhya Pradesh, Rajasthan and Chhattisgarh.

Yechury thinks that the BJP used the Pulwama and Balakot narratives to win in 2019 while the government ignored the issues of economy and livelihoods. Both are important. For this, the Narendra Modi government has evolved several welfare schemes, and now has the leisure to revive the economy. But the action against the Pulwama attack was necessary to teach the militants a lesson.

With a total of three seats across the nation in 2019, Yechury’s party is disappearing from the map. If the EC could make or mar the fortunes of political parties, there would be no need for voters. But in elections, it is people’s power that prevails. Voters have shown that they can distinguish between good and bad, as they have done in the 2019 polls. It is high time Yechury realized that only constructive action can make the CPI(M) visible in electoral politics in the future.