Advertisement
Home / Opinion / Growth pangs: a lot worse than what pundits had anticipated

Growth pangs: a lot worse than what pundits had anticipated 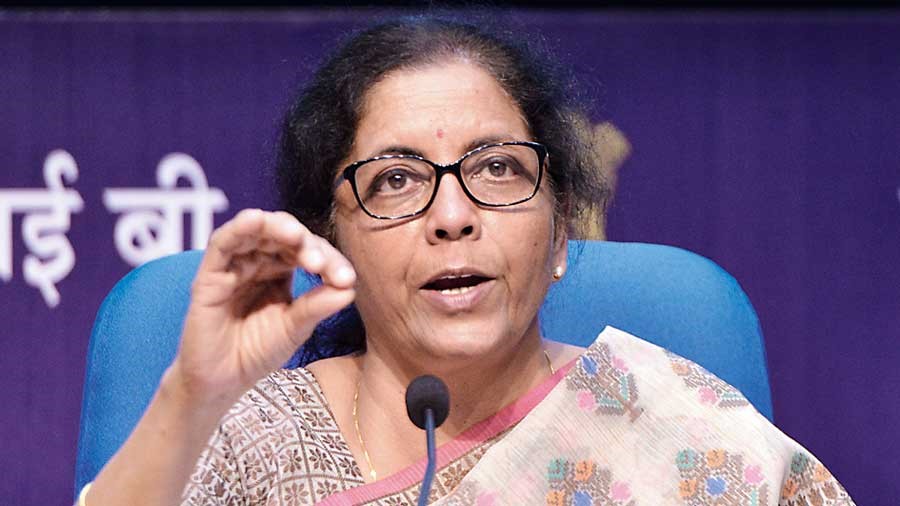 Finance minister Nirmala Sitharaman. Some reports suggest that the government is readying another package of measures that will offer big incentives to companies that move production centres to India. The hope is that this will kick-start private investment and get the wheels of the economy moving again.
File picture
The Editorial Board   |   Published 13.09.20, 12:30 AM

The Indian economy is in the doghouse — a notion that the Narendra Modi government stubbornly refuses to acknowledge and chooses instead to sit on its hands and wait for a miraculous V-shaped recovery to emerge out of thin air sometime next year. A spate of gloomy growth forecasts in the past week has only amplified concerns over which way the country is headed even as it grapples with an ever-increasing number of coronavirus infections. Analysts at global brokerages and credit rating agencies have scurried to revise their forecasts for real gross domestic product growth this fiscal after the National Statistical Office put out the official estimate on the last day of August that showed a contraction of 23.9 per cent in the first quarter that ended June 30.

This was a lot worse than the pundits had anticipated. It should have set the alarm bells ringing in Delhi; sadly, it has not. Goldman Sachs put out the worst forecast for the year when it said the Indian economy would contract by 14.8 per cent this year, sharply down from its earlier projection of 11.8 per cent made in May. The alarming official growth estimate for the first quarter has now forced the Goldman Sachs team to come out with bleak forecasts for the second and third quarters. It now reckons that the economy will shrink by 13.7 per cent in the July-September quarter and by 9.8 per cent in the October-December period against earlier forecasts of -10.7 per cent and -6.7 per cent respectively. Most of the other agencies see a double digit contraction as well: Fitch at -10.5 per cent, Moody’s at -11.5 per cent, and India Ratings and Research at -11.8 per cent. Crisil seems almost charitable with a forecast of -9 per cent this fiscal.

These numbers are far worse than the International Monetary Fund’s forecast in June of -4.5 per cent. The IMF will revise India’s growth projections when it releases its next World Economic Outlook in October, which may see its views converge with the rest of the crowd. All the analysts agree on the broad reasons for the mess we are in: a very weak fiscal stimulus, the lingering impact of a severe lockdown, the fragilities in the financial system, a rising virus caseload and the surge in inflation that has throttled the effectiveness of monetary policy responses.

Some reports suggest that the government is readying another package of measures that will offer big incentives to companies that move production centres to India. The hope is that this will kick-start private investment and get the wheels of the economy moving again. What we need is a strategy to increase consumption spending immediately through income support at the base of the pyramid. An investment-driven approach is a medium-term strategy that will take many quarters to play out. We need to address the present before we try to take care of the future.