Growing up with Soumitra Chatterjee 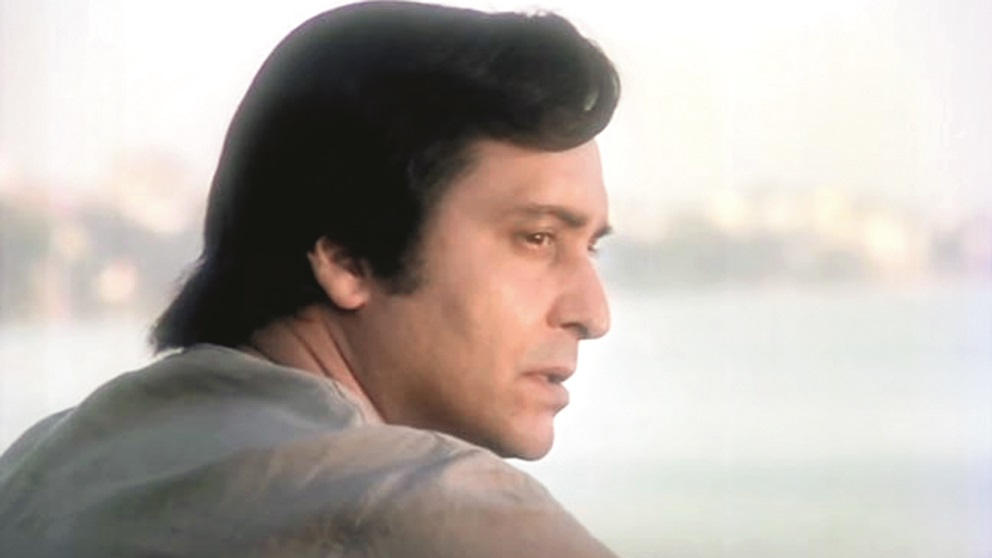 The starting point of the camel safari at Sam outside Jaisalmer could easily have been the space immediately outside the gates of any primary school in Calcutta at the end of the last school day before the summer holidays. Excited children running around, mothers scrambling, drivers revving their charges, and Bengali in the air, not soft or gentle as it often can be but closer, instead, to the sounds of clanging utensils as children made the most of their new-found freedom and mothers raised their voices more out of habit than need. I was about 11 then and like most young girls and boys that evening, I was there for only one reason: to follow in the footsteps of Feluda.

Like many others, my first brush with Feluda was with the films, Sonar Kella and Joy Baba Felunath. The books came immediately thereafter. So Feluda was Soumitra Chatterjee and Soumitra Chatterjee was Feluda. A fearless detective, with superhuman intelligence, astute observation, who operated in worlds beyond my own. Soumitra embodied Feluda, and I for one longed to be his sidekick, Topshe, setting out on adventures to nab Bengali dacoits in Rajasthan and smugglers in Kashi. “Chaliye ji Ram Deora,” I said to the camel driver, much to his bemusement.

Feluda was the first chapter of my growing up with Soumitra Chatterjee. When in high school, the adventure of Feluda gave way to the reticence of Amitabha Roy, aka kapurush (the coward). Being in a Jesuit all boys’ school, I often found myself tongue-tied when it came to speaking to girls (something that didn’t have a similar effect on everyone studying there), let alone expressing something more intimate. Soumitra as Ami provided the archetype. When Ami fails to persuade Karuna to come away with him a second time, Soumitra’s expression, the last shot of the film, conveys dread, self-pity and an intense longing in one fleeting frame. As his face progressively blurs and the film ends with a gently ominous background score, Soumitra transforms from the kapurush Amitabha to just another ordinary man who comes up short.

It was this extraordinary description of ordinariness that was the highlight of Soumitra’s performance as the adult Apu. In reverse chronology of the dates of their release, I came to Apur Sansar after watching the Feluda films and understood it fully only as a grown man. Adulthood came with its ebbs and flows, of great despair one moment turning to hope soon after. Apu manifested this rhythm of life — a chance meeting, fledgling love, ordinary struggles, terrible tragedy and, ultimately, hope of redemption. But more than its depiction of the cadences of life, Apur Sansar was about small moments — the conversation between Apu and Aparna when he asks her longingly, “tell me, what do I see in your eyes?” and she playfully replies “kajol”, his description of the painful ambivalence that stops him from loving his son fully and the last scene of Apu carrying his son, Kajol, on his shoulders towards the unknown, leaving tragedy, sadness and loss behind.

Unlike Amitabha whom I could identify with and Feluda whom I could idolize, I did not feel any obvious identification with Apu. I did not share his experiences, face his difficulties, live his struggles. Yet, it was perhaps Apu who left the deepest impression. To make the audience feel for someone on screen with whom they feel no obvious connection is perhaps the greatest testament to both an actor and a film-maker. Soumitra evoked this sentiment through the minutest of expressions — a subtle hand movement indicating that he hadn’t shaved and wasn’t quite ready for marriage, a wistful smile held for a second longer than necessary when looking at his young bride, the childlike delivery of the words, “chole esho”, addressed to his son, washing away the grief that had hitherto engulfed their lives. Soumitra has been called an actor’s actor, his subtleties often eluding the ordinary observer. I am no actor, but Soumitra’s touches guided by his Master’s instinct made me feel for Apu, mourn with him, pity him and wish him all the best, sometimes all at the same time. I haven’t found a truer definition of art than this.

As a legal scholar whose daily work is far away from the world of art, I have never found myself far away from Soumitra and Feluda. The law, contrary to its popular perception of being ensconced in its impenetrable ivory tower is, in fact, a simple confluence of logic and experience, marred chiefly by the claptrap legalese employed by lawyers. It requires attention to detail, a calm head, and quick thinking. All these were in evidence in the circuit house in Jodhpur when Soumitra drumming his fingers on his forehead noticed that the real Dr Hajra, rather atypically, spelt his surname with a ‘j’ and not the more usual ‘z’. He was quick to tally this against the visitor’s book in the circuit house, note the discrepancy calmly, and call for a taxi to the Sonar Kella in Jaisalmer to nab the charlatan Dr Hazra. Every lawyer worth his/her salt would do well to imbibe these traits of hard-nosed observation and logical connecting of the dots.

But a trait transcending these, necessary for every citizen but in short supply today, was Feluda’s sense of responsibility. In Joy Baba Felunath, Feluda’s misjudgment leads to a near-death moment for Jatayu, his comrade-in-arms. Soumitra breaks an extended sequence of silence saying that he would either take revenge or give up his career as a detective. As a statement taken out of context, it appears over-the-top, disproportionate and impulsive. But Soumitra delivered this line without histrionics, only with steely determination. A viewer can sense his hurt at having bungled, with near-fatal consequences not for himself but for others reliant on him. At a time when indulging in loose talk is a national pastime and taking responsibility for one’s actions is the stuff of scripture alone, Feluda epitomizes a world where responsibility trumps convenience and actions speak louder than words. Perhaps taking a cue from this, though equally bringing such a world alive on screen, Soumitra exemplified these traits in his own life like no other.

Today Soumitra Chatterjee is no more. But he has not left me, or any of us. In the words of Konstantin Stanislavski, a copy of whose book, An Actor Prepares, was given by Satyajit Ray to Soumitra, he has travelled to the “region of the sub-conscious”. This is what six decades of acting had primed him to do — to reach his inner creative state from where he could deliver performances straight into our sub-conscious. And that is where he will permanently reside — in the Ram Deora of my mind, atop a camel, ready for his next adventure.