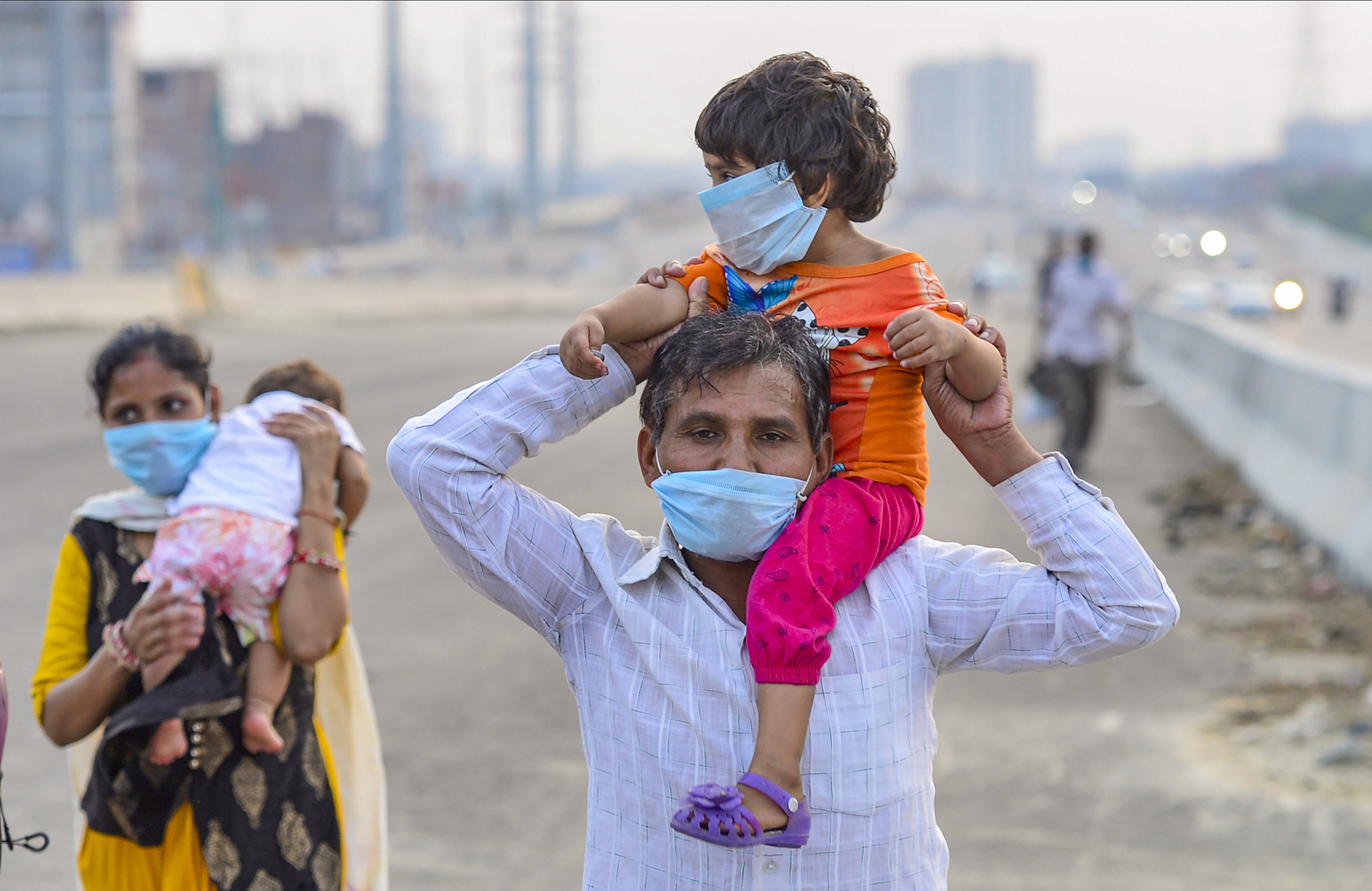 When Covid-19 was identified, not much was known about the disease. There is still no known treatment or antidote. Two things, however, triggered sharp reactions from the medical community. One was the unusually high estimated rate of infectivity. The other was the large number of asymptomatic carriers of the virus who could infect many people. These were, possibly, the two proximate reasons for the aggressive approach to contain its spread. Hence, for the first time in history, stringent measures were announced to lock down societies and economies across the world. The purpose of the lockdown was to buy time so that some treatment could be identified, the health infrastructure ramped up, and more knowledge and data acquired about the disease. No lockdown could last for a very long time since it would heavily damage livelihoods and the economy.

In India, even after three phases of the strict lockdown, the number of infections is growing rapidly and the health infrastructure has not been effectively expanded. The economy is strained to its limits and the captains of industry are requesting the government to have an early exit from the lockdown. The policymakers have taken some tentative steps for the economy. The Rs 1.7 lakh crore worth fiscal measures announced quite some time back is considered by experts to be inadequate in terms of the quantum as well as the specific measures undertaken. This is compounded by the confusion on the ground as to who is entitled to what as well as the exclusion of a large number of needy citizens from being identified as beneficiaries. On the monetary front, the Reserve Bank of India has announced a moratorium on interest and repayment dues for businesses to banks for a period of three months ending May 31, 2020. After this grace period, the firms will have to pay the quarterly instalment along with accrued interest. It is a benefit only in the sense of a payment to be deferred. The RBI has also reduced policy interest rates to provide a stimulus in terms of greater liquidity to cash-starved firms and enterprises. Firms continue to remain illiquid, and banks are unable to lend more as the demand for fresh loans has plummeted.

Meanwhile, unemployment has skyrocketed. According to the Centre for Monitoring Indian Economy, the rate of unemployment is around 27 per cent, with the absolute number crossing 100 million. There are many more in the organized sectors of the economy who have accepted pay cuts. In the month of April alone, according to the CMIE, 91.3 million small traders and labourers had lost their income and employment, 18.2 million entrepreneurs had had to shut down their businesses, and about 17.8 million salaried workers had been left without a job. In agriculture, there was a rise in 5.8 million jobs mainly due to the seasonal demand for labour to harvest the rabi crop. At the bottom of the pyramid, millions of migrant workers, unemployed or laid off, have wandered around the nation’s highways looking for a place to stay, a means of transport to go home, and some food to eat. This, in the pages of the nation’s history, might turn out to be the biggest shame given the higher human cost than that of Covid-19. The government has, so far, been curiously silent about sharing its plans with the public. It announced the stringent lockdown on March 24 with just four hours’ notice. Millions got stranded, there was panic buying by the middle class and, suddenly, almost the entire economy came to a grinding halt. Now, after seven weeks, the government has been indulging in piecemeal easing followed by sudden retractions. The state governments are without any idea of what will happen next or what would be the best strategy to adopt at this juncture. However, prolonging the lockdown any further could be economically disastrous.

There are at least three issues that the government has to tackle urgently if the country is to make any headway in meeting the twin challenges of the pandemic and economic survival. It must be obvious to the government that economic recovery in India will be much more difficult than in the developed economies. Their income levels are higher, their institutions more efficient, and their labour markets entirely different from those in India.

The first issue the government must address is to announce a clear timeline for exiting the lockdown. Even if the curve does not flatten, the nation must be ready with contingent plans of keeping the most vulnerable safe while allowing society to get back to normal civic life. This plan must be known to all. The government might have to tweak it down the road, but that is understandable. It should not be too long-drawn; else the key purpose would be lost. It cannot be totally abrupt either. Perhaps, by late June or early July, life should return to the pre-Covid-19 days. Alongside the plan, there should be a health infrastructure roadmap drawn up with the help of state governments so as to manage worst-case scenarios if there is a spike in infections post lockdown. It is now widely believed that there will be a surge in infections once the restrictions are lifted. The more stringent the initial lockdown, the harder will be the rebound. India has had a stringent lockdown, but it was ill-managed on the ground for a number of reasons; poverty and congestion being the main ones. Effectively, the lockdown has not been as stringent as it was on paper. Hence the rebound may not be severe, and acquiring herd immunity may be that much easier.

The second issue the government has to deal with immediately is to ensure that agricultural operations are not interrupted in the least. This is of paramount importance since there will be a lot more people dependent on agriculture this year and the marketed surplus will be lower than before. That itself will make food inflation higher. In such a situation, any disruption in agriculture will spell economic disaster. Farmers are likely to be poorer this season since returning migrants will fall back on agriculture and there will be more income and food sharing than ever before along with lower inward remittances. Apart from a good monsoon, the farmers will require two things that the government must ensure. There should be cheap and adequate credit available for all, and there should be no hitches in the supply chain of inputs as well as for the final produce.

The final and, arguably, the most important intervention is to ensure that those who have been thrown out of employment — the migrant, the destitute, the poor — have enough income and food till the economy recovers and unemployment begins to fall. The sheer size of this population is what sets India apart from richer countries. Very little has been done for them so far. The chief economic adviser has claimed, citing elementary economics, that there is nothing called a free lunch. In the context of the pandemic, it sounded harsh. Talking of lunches, one can visualize the recent pictures of long lines of hungry, desperate and weary people sitting on roads eating out of withered leaf plates. These pictures will leave an indelible scar on the identity of a nation where all citizens are supposed to be equal.

The author is former professor of Economics, IIM Calcutta.