Clearly the 'chowkidar' is doing his job excellently, looking after the interests of his own government and party 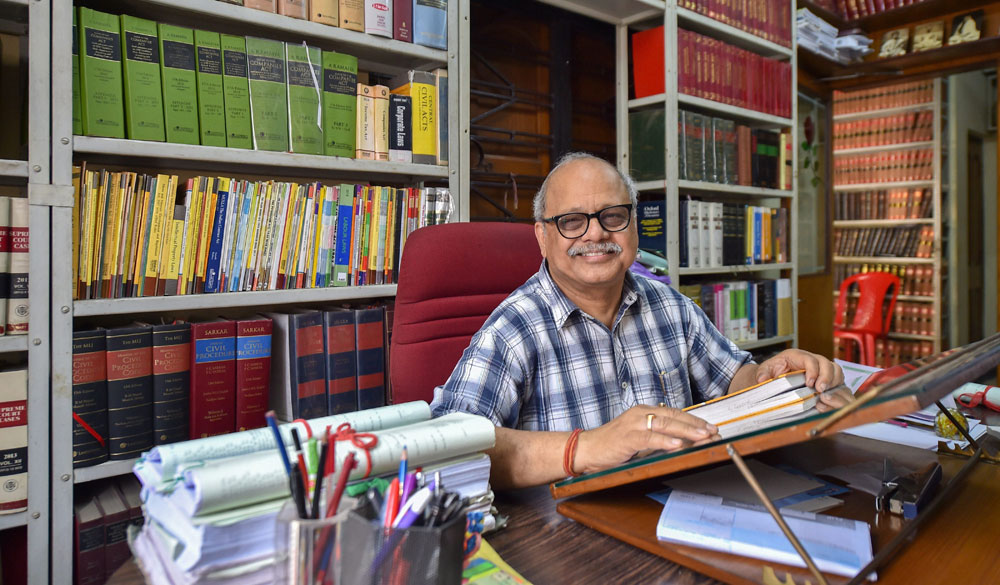 Former Supreme Court judge Justice Pinaki Chandra Ghose was appointed India's first lokpal on Tuesday, March 19. A lokpal appointed now means that there can be no assessment of corruption in the corridors of power in the last five years
Picture by PTI
The Editorial Board   |     |   Published 22.03.19, 03:14 AM

The watchman is ever alert. Narendra Modi’s government made a small slip in its moral watchman’s role which the Bharatiya Janata Party had advertised deafeningly in order to come to power in 2014. It has now rectified it — by appointing the chairperson and committee of the lokpal about three weeks before the commencement of the 2019 Lok Sabha elections. No one can blame the Narendra Modi government for the timing of — at last — pulling the lokpal out of a hat, because it is merely following the orders of the Supreme Court. Funny how the anxiety to attack corruption could put the appointment of a lokpal — an independent ombudsman for corruption in higher government circles, appointed by a law dating from early 2014 — on the back burner. But a lokpal appointed now means that there can be no assessment of corruption in the corridors of power in the last five years. Besides, the court’s orders could be used as alibi for a hurried appointment — covert, against the Lokpal law — and without the legally mandated Opposition leader in the appointment committee — he did not come being merely invited, not a permanent member.

Clearly the watchman — chowkidar — is doing his job excellently, looking after the interests of his own government and party. The prime minister has now added chowkidar to his Twitter handle, asking his ministers to do the same. The repetition of chowkidar is aimed to impress the electorate — just before the elections — and perhaps to obliterate the fact that the chowkidar brigade has not shown outstanding success so far, Nirav Modi and Rafale being only two examples. But the BJP led by Mr Modi thrives on words. Repeated words. So government advertisements — claiming that the impossible is now possible — in the period just before the model code of conduct echoed the words and sentiments of the BJP campaign slogan — everything is possible with Mr Modi in government. The blurring of lines between the development projects’ tag line and the BJP’s campaign slogan cannot be a coincidence. It is the arrogant impropriety that has overtaken India’s political life in the last five years that allows a prime minister to turn inauguration programmes of government projects paid for by public money into barely disguised campaigns for the upcoming polls. The lokpal appointment cannot be independent of this context.