The evolution of Russia in three decades 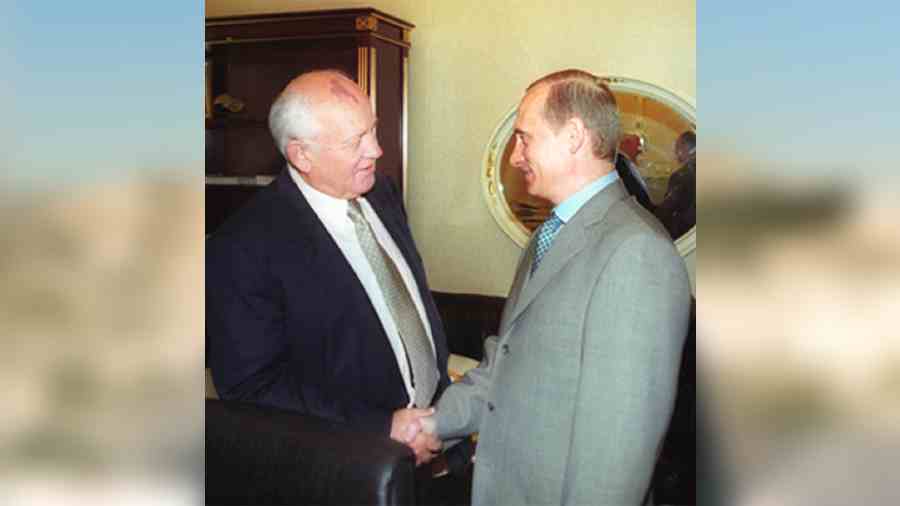 How has Russia evolved during the three decades after the departure of Mikhail Gorbachev from power in 1991? From the initial soft, resolute regimes, Russia has become a more brutal, repressive police State run by a cabal of hardliners. While Gorbachev emphasised on greater political freedom and contemplative deliberations, successive dispensations have gradually moved towards a repressive paradigm in which the scope for constructive political dialogue and criticism has become constricted. The Russian president, Vladimir Putin, appears increasingly intent on making Russia’s political system more authoritarian within a nominal democratic identity.

Gorbachev sought to make the former Soviet Union liveable, accountable, economically ameliorative, and politically transparent. He stuck to it even when he knew that he had created a vortex. His purpose was to manage the vortex effectively without getting subsumed into it. He was confident that if the requisite reins were held firmly, then a better setup would emerge from the churn. In the international arena, his stature increased and his regime became more acceptable. That was the background which made the transformed Russian Federation a participant in sundry global fora and multilateral institutions. In international politics, working for national interest is the paramount objective of any ruler but resorting to arm-twisting at home and high-handedness abroad invites international opprobrium. Putin’s prolonged reign has significantly consolidated these negative traits.

The Russian political system has been compared to a prison punctuated by occasional revolts. Nevertheless, after Gorbachev implemented meaningful political reforms, the Russian political system was gradually transforming itself into a sphere of structured freedom. But with the passage of time, Russian rulers seemed more inclined to take their country towards an authoritarian setup. Resorting to a measure of paranoia and irrational conviction is its attendant attribute. It makes the populace more restive. Protests erupt frequently. Consequently, greater repression, dissatisfaction, and apprehension follow. That is exactly the pattern in Russia today.

Putin appears convinced that Western leaders intend to overthrow him. Furthermore, alarmed by protests in Russia and in surrounding countries, he is less convinced than before that he can control Russian society with sophisticated methods. Regrettably, he has retreated to the conforming certainties of a small group of yes-men and reactionary security officials -- the members of the so-called siloviki. They see Russia besieged by foreign forces and view hard power and ruthless social control as the only way to protect Putin’s regime. It is a vicious cycle where war helps justify domestic repression, while fear of Western influence at home helps justify war.

Gorbachev detested spin-doctors. They manipulate information to discredit rivals. Today, the Russian dispensation is characterised by several spin-doctors who have replaced committed representatives of the people who would hear and rectify necessary dilemmas. It is distressing that governance in Russia is shifting away from transparent functioning. Its effect on foreign policy is visible. The Russian embrace of some of totalitarian China’s domineering stances reflects a worrying trend of support for authoritarianism.

India and Russia continue to display a strong bonhomie in their bilateral relationship. Nevertheless, if the positive, humanist traits of Gorbachev are incorporated into Russian governance, then that country would be in a stronger position across the board.

Ranajoy Sen is an analyst, writing on international affairs, politics and the economy