Advertisement
Home / Opinion / Gandhi at the time of the Spanish flu

Gandhi at the time of the Spanish flu

What would the Mahatma have done now, with Covid-19 upon us 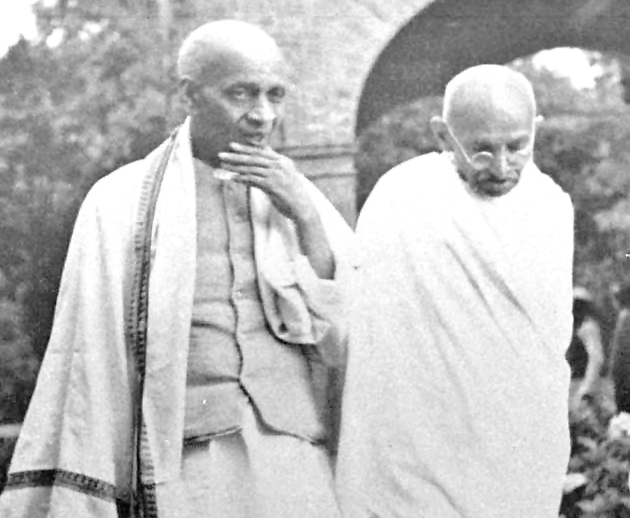 Two questions have been put to me over these weeks: one, is it true that Gandhi was laid up with the Spanish flu in 1918? Two, what would he have been doing now, were he alive?

To answer the first: he was, it is true, ill, grievously ill, within a faltering heart-beat of death, when the pandemic was sweeping across the world. But he was not down with that deadly flu. A brief thumbing down history’s pages would be in order here.

Gandhi had been busy in Gujarat’s district of Kheda that year, with his new-found and invaluable associate, Vallabhbhai Patel, asking peasants hit by a crippling crop failure not to pay land taxes. His success in Champaran the previous year in the Indigo satyagraha had encouraged him to come to Kheda’s aid with the weapon of satyagraha. Frederick Pratt, the commissioner of the northern districts of Bombay Presidency, told Gandhi to desist. “In India,” said the Gujarat-knowing and Gujarati-knowing civil servant, “to defy the law of revenue is to take a step which would destroy all administration.” But the Gandhi-Patel duo persisted with the satyagraha and over 3,000 peasants signed a pledge not to pay the land tax and, despite severe penalties, most of them kept to the pledge. At the same time, with World War I’s shadow extending by the hour, a massive recruitment campaign had begun. The viceroy, Lord Chelmsford, who had come to know and grudgingly, perhaps, to respect Gandhi from the Champaran Indigo satyagraha, invited Gandhi to a war conference that he had called in Delhi in April. Gandhi made a one-sentence speech saying he supported the recruitment effort. But he spoke that sentence in Hindustani and by that simple and single gesture interlaced his support with India’s honour. And he did not suspend the Kheda satyagraha. Chelmsford seemed to understand Gandhi’s nuanced cooperation but Sir William Vincent, Home Member, saying to Gandhi that he had “given a lot of trouble to the local administration”, asked pointedly, “Well... have you brought a single recruit?” That was a taunt. But it worked. Gandhi plunged into an intense recruitment drive in the same district where he was conducting the satyagraha — Kheda. The raj reciprocated by accepting the Gandhi-Patel demand and in June the two leaders were able to announce that the peasants’ demands had been accepted by the raj. With that, being true to his word to the viceroy, Gandhi intensified his recruitment campaign. If Vincent had taunted him in Delhi, some of his ashram colleagues demanded from him a reconciling of ahimsa with army recruitment. His reply was more clever than convincing: first, ahimsa was often a screen for cowardice. Second, discipline — such as military discipline — can create a new self-confidence among Indians to cultivate a higher ahimsak vitality with which “we may even fight the [British] Empire should it play foul with us” and Kheda’s peasants could take India towards Dominion Status and one of them could even “aspire to the Viceregal office”. Plunging, for Gandhi, meant exactly that. He plunged into recruitment — also into exhaustion, breakdown.

The success that attended his satyagraha in Kheda eluded him completely in the recruitment drive. On August 11, in Kheda’s Nadiad, he simply collapsed. It was not just the failure to recruit but, one must here say with all objectivity, the conflict within him about ahimsa versus army recruitment took its toll. His own clever reply was not working within him. And he also managed to get into a vicious abdominal infection. “I have suffered indeed,” he wrote to C.F. Andrews on August 29. And to his son, Devadas, “It was all my fault.” Moving from Nadiad to Ambalal Sarabhai’s home in Ahmedabad and then to the Sabarmati Ashram, Gandhi thought his end was near and on October 1, got his oldest son, Harilal, in Calcutta and Devadas, then in Madras, sent for. Recuperation was painful, and painfully slow.

Curious being the ways of Fate and curiouser still, always, in its ways with Gandhi, even as he recovered with agonizing slowness, his grandson, Shanti, Harilal’s eldest son, and Harilal’s wife, Gulab, or Chanchal as she was also known, fell mortally ill. And in their case there was no doubt about the cause. Victims of the great influenza epidemic sweeping across the continent, they died in the last week of October, within days of one another in the village of Patharada in Gujarat where they had gone, in vain, alas, for ‘health-change’. Kasturba had her three other motherless grandchildren from Gulab brought over to the ashram.

So, the Spanish flu that lasted about 15 months, making 500 million people sick worldwide and killing between 3 to 5 per cent of the world’s population, while not felling Gandhi, crippled his family.

Not far from where this tragedy was enacting itself, it struck another family that Gandhi was to become inseparable from. Hitting equally hard and poignant in a different, almost epic way. Abdul Ghaffar Khan, later to be known as Badshah Khan and Frontier Gandhi, had his son Ghani gripped by the Spanish flu. As the boy seemed to slip into its labyrinth, his mother, Ghaffar Khan’s wife, Mehr Qandh, prayed that god should spare her son and, if substitution was acceptable, take her life instead. Not to placate unreason but to place a historical fact on the table, as Ghani began to recover, Mehr began to sink and, very rapidly, Crossed Over. Ghani was to become an artist and poet, studying for a while at Santiniketan’s Kala Bhavana.

The second question, namely, “What would Gandhi have done now, with Covid-19 upon us?” is far more difficult to address for it deals not with facts but with suppositions. Yet it must not be dodged.

Gandhi was at his intense best when dealing with illness and epidemics, finding some quirky but very specific, practical and demanding ‘solutions’, in which the enforcing of hygiene regimes was central. Though actuated by his own sharply developed sense of the physical body’s working, he was very consultative — seeking and considering the advice of medical practitioners, both ‘Western’ and ‘Traditional’, but keeping well away from superstitious, ritualistic or irrational nostrums. He did not always heed medical advice but he did not ever dismiss it ab initio or without mature reflection.

Today, who can claim to know or say with any confidence what Gandhi would have done? No one. But Gandhi’s recorded example of coping with such situations tells us what he may and very likely would have done. These may yield the following pointers not as his, but as those of a vigilant and humble common sense:

1. Recognizing the legitimate authority and inherent conscientiousness of governments, we the governed should treat expert and official advice, especially about hygiene and disinfection, with respect and observe it scrupulously.

2. Similarly and simultaneously, recognizing the integrated experience and inherent good sense of us, the governed, the government should keep a helpline open — not from but to us — to seek public counsel on the measures particularly as related to restrictions. These must see who and how and where the restrictions hurt the people they are intended to help. Rules are best observed when they have louvres for genuine exceptions and exemptions such as for the space-less, job-less, family-less, the elderly, the physically and mentally challenged. If Chelmsford could hearken to the Kheda satyagraha in the midst of World War I, this is not asking too much of our administrations.

3. We should replace utterly useless commercial, political, sectarian icons with the real heroines and heroes of this human crisis — doctors and medical workers like nurses and lab technicians who are the brave and endangered Fire Brigade for this conflagration. And those providers of essential services who are working with unflagging and hazardous zeal.

4. Responding to Palagummi Sainath’s reminder on his PARI portal of heroism among the delicately interwoven economies of rural India weavers, toymakers, other artisans and craftspeople, farmers, labourers urban and rural, sanitation workers, displaced labourers, cancer patients from rural areas lying outside major hospitals, nomadic pastoralists, daily wagers, folk artists, fisherfolk, barbers, Dalits and adivasis in various occupations, offer to all of them, whose livelihoods have been cut off at this time, not just salutation but genuflection and — assistance.

Finally and most pertinently, in Gandhi’s spirit, we must de-throne, un-crown, and dismiss from its High Seat the cult of blind materialist goals that is decimating our collective lung and converting the human species into the planet’s Hitler, killing us in the gas chambers of our greed, our own Final Solution.