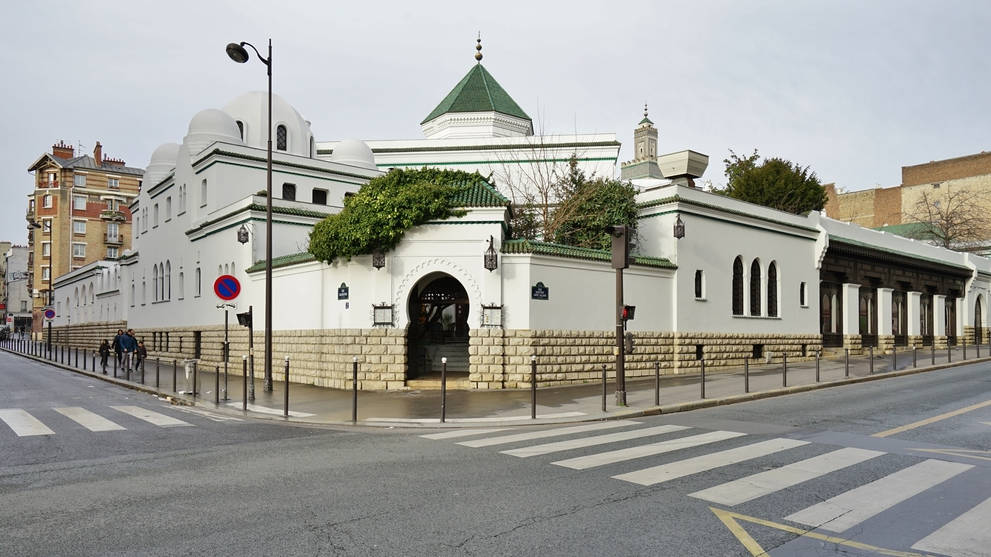 In The Class, a 2008 French drama-film, a middle-aged, white, male teacher emphasizes the French identity of everyone present in a diverse class of young students with parental backgrounds in Francophone countries. This is met with a rebuttal by one of the students that he is not French and that he hails from his parents’ country of origin. The two continue to argue as neither relents. The present acrimonious debate in France on ‘safeguarding the republic’, this time centred on Muslim citizens, is not new although the arguments and consequences have both a local as well as a universal context.

A greater, in-depth understanding is required for the outside world, particularly multi-ethnic and multi-religious countries reeling under similar challenges, as there are multiple factors underpinning the acrimonious and violent chapter in France’s political journey. At the same time, the argument that the French challenge is unique needs to be interrogated further. The current spate of developments is a result of the assassination of a French teacher in October last year. The French teacher had angered the assassin as he had shown his students cartoons of Prophet Muhammed in a civic education course on the freedom of expression.

A series of other assassinations followed in France, carried out by young Muslim residents. France has seen a wave of violence since the 2015 terror attacks on the satirical magazine, Charlie Hebdo, and the shooting in a Jewish school in Toulouse in 2012, which killed seven, including three children. After the recent attacks, the president, Emmanuel Macron, vowed to meet the challenge. Some initial statements from members of his government, which were later clarified, became controversial as many heads of state and governments of Muslim-majority countries accused him of peddling Islamophobia.

In response to these developments, Macron has now come forward with a new draft law, which is designed to curb ‘Islamist separatism’. The bill, which will go to the National Assembly, the lower chamber of Parliament, this month includes an extension of the principle of ‘neutrality’ in public services — it prohibits civil servants from wearing ostentatious religious symbols, for instance — to private sector companies if they are contracted by the authorities. An overwhelming majority of France’s citizenry across the political spectrum supports the president who is up for re-election in 2022. The majority believes that ‘France’s distinctive form of laïcité, or secularism, is in danger.’

The laïcité law of 1905 emphasizes that the French Republic establishes that religion is a private matter and that the State has to remain neutral in matters of religion. The challenges to the French State in this regard are multifold and interwoven. Within the European context, France has one of the largest Muslim population with diverse ethnic backgrounds although the majority come from the Maghreb region and from erstwhile French colonies, namely Algeria, Morocco and Tunisia. The French Muslim population, according to Pew Research Center, is estimated to be around 8.8 per cent. France, like many European countries, needs young immigrants as the median age is 41.5 years and the population of more than 65 years is 19.84 per cent. The fertility rate is 1.9 per cent, less than the replacement rate of 2.1 per cent.

One of the vital distinctions of the French political project is that it is de facto a multi-cultural and multi-confessional society, but de jure its institutions are shaped by laïcité, not multiculturalism. The social scientist, Clément Godbarge, who is native to the wine-growing region of Bordeaux, told me that outsiders should be more sensitive to a nuanced understanding of the domestic context in which the French majority is articulating its concerns. He argued, “Approaches to secularism tend to be the result of complex historical processes, long negotiations that are unique to a country’s history and institutions.”

Apart from the domestic factors, there is a need to pay attention to the external influences impacting the events in France. Most of the recent attacks were carried out by new immigrants, including a Sudanese asylum-seeker, a Chechen refugee, and a Pakistani Punjabi. They came from distant countries with little connection to France and are less aware of French history, values and traditions. The impact of schisms within the larger Muslim world may play a part in the religiosity of recent immigrants, which includes a larger number of people with Turkish ethnicity. That explains some of the proactive combative statements by the Turkish president, Recep Tayyip Erdogan, with respect to recent developments in France. By taking up real or perceived grievances of Muslim populations across the world, Erdogan has often challenged the Kingdom of Saudi Arabia’s traditional leadership of the Muslim ummah.

On the other side of the spectrum, reeling under the threat of globalization and automation, many Western democracies are experiencing the rise of majoritarian politics among vast swathes of blue-collar workers. Threatened by the popularity of right-wing political parties such as National Rally, the centrist ruling party, La République En Marche, and the left-of-centre Socialist Party are competing in populism. This is coupled with the lack of inclusive political, social and economic structures. France is no exception to this trend. The idea of the laïcité may have a definite historical context but the challenges that the French society faces cannot ignore the contemporary structural and institutional biases that impact the minorities, including the Muslims born and raised in France. There are institutional impediments in France to social mobility that push them into ghettos. France has a rigid institutional entry code for many professions, including lowly-paid ones.

Meanwhile, the argument that the mosque is the site for radicalization for some Muslims doesn’t stand the test of empirical evidence. The majority of lone wolf attacks in the West are perpetuated by those radicalized through online platforms. Consistent studies have proven that with a few exceptions radicalization of young men occurs courtesy online echo-chambers. On the other hand, mosques, particularly those in Western societies, are places for socialization and the development of social capital for minorities. In fact, mosques can deter attacks as they allow individuals to socialize and provide them with platforms to articulate their anxieties and concerns within a social framework. Any sign of radicalization can be easily identified by social peers, whereas lone wolf attacks are difficult to intercept.

Finally, the issue of deculturalization of the Muslim community is common to many European countries, including France. The idea of treating Muslim people hailing from a diverse range of ethnic and geographical backgrounds as a homogenous group reinforces this deculturalization. Prescriptive policies and popular narratives reinforce the homogenous religious identity while underestimating the influence of distinct languages, cultures and customs. The younger men start eying broader, universal Islamic causes, internalizing real or perceived Islamic grievances. This is exacerbated by the problem of online radicalization, which is hard to interdict by State agencies. Filtration mechanisms of tech giants, such as YouTube, Facebook and Twitter, are also proving to be far from adequate.

To sum up, the French State and its civil society response will have to strike a fine balance between the need to be sensitive to and accommodative of the religious aspirations of its largest religious minority on the one hand and the majority’s fears that a long-held civilizational belief system of the country is in danger on the other. In doing so, the response requires to be more creative, nuanced and grounded in the political, social and economic realities of the 21st century that are shaping France as well as the rest of the global community.