Four years ago, the Prime Minister promised to double farmers' income. But to do this in 10 years, incomes would have to rise at an unprecedented 7.1 per cent a year 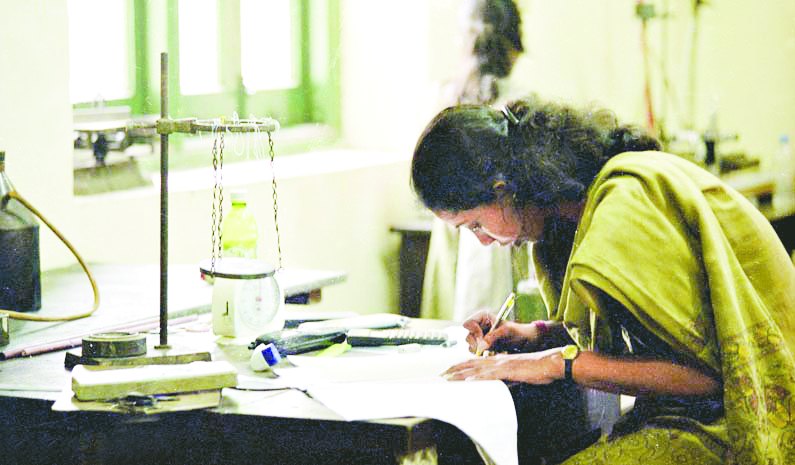 Four years ago, when the Bharatiya Janata Party routed the Congress and came to power, the Prime Minister made a number of promises, such as Make in India, Skill India, Digital India and Clean India in Sanskrit (Swachh Bharat). Although he did not wrap it up in a crisp slogan, he also promised to double farmers' income. That sounded unrealistic. Doubling of farmers' income in 10 years would involve raising it at 7.1 per cent a year on the average; such agricultural growth has not been achieved over any significant length of time.

However, that promise was serious. The relevant ministry was renamed ministry of agriculture and farmers' welfare. Ramesh Chand tried to put flesh on the idea. He showed that various agricultural segments had achieved growth over 10 per cent per annum in some periods. He proposed a combination of seven targets: crop productivity should grow annually at 4.1 per cent, livestock value added at 6 per cent, factor productivity at 3 per cent, and area under high-value crops such as fruit and vegetables at 4.4 per cent. Proportion of area on which two crops are taken every year should rise from 40 to 53 per cent. And agricultural prices should rise by 17 per cent (altogether, not per annum). That was a bit of a comedown; he could have saved himself the effort by assuming that the entire 7.1 per cent annual 'growth' consisted of inflation. Anyway, Ramesh Chand was taken into Niti Aayog.

If farmers' income were to be doubled in a decade, it should have risen by 35 per cent in the past three years. It cannot be said that it has not; statistical estimates in this country come out years later, so it may be long before we know how much has been achieved. But demand for agricultural products grows very slowly; a 35 per cent addition would have led to a huge glut: either the government would have had to buy up millions of tons of produce, ranging from chickpeas to mangoes, and let it rot in godowns, or prices would have collapsed. Neither has happened.

Meanwhile, the Organization for Economic Cooperation and Development got together with the Indian Council for Research on International Economic Relations and brought out a study on Indian agricultural policies; it gives a more realistic analysis of what needs to be done.

India's agricultural growth in the past two decades has not been particularly rapid; it has been much faster in Vietnam and China amongst our Asian neighbours. But its composition has been changing rapidly - from agriculture towards meat, eggs and milk, and from wheat and rice towards fruit, vegetables, cane and maize. And we have been indulging our sweet tooth. We are consuming more animal products, and have developed a market for meat in the Middle East. Between 1993-94 and 2011-12, the proportion of vegetarians in the population fell from 43 to 37 per cent. India has developed a good chicken market: 70 per cent of the chicks are collected from their feeders, slaughtered, and promptly delivered to chicken-eaters. As a result, the proportion of chicken-eaters rose from 8 to 38 per cent in those 18 years.

But we remain pretty inefficient in marketing other agricultural products. Industrial countries have efficient aggregators who collect products from farmers, process them, and sell them in their own urban supermarkets. The Indian government has recognized this and tried to attract them to India. But it has imposed such complicated restrictions that hardly any foreign investor wants to come to India.

It is not clear whether employment in agriculture has been rising; the last two censuses show a rise of some 10 per cent, while the National Sample Survey shows a fall. What is certain, however, is that the number of farmers has been falling. Population growth has led to ever smaller agricultural holdings; so many have become so small that their owners have been selling their tiny plots and making a living out of casual labour, working for a wage in villages as well as in neighbouring towns.

India has 18 per cent of the world's population, but receives only 4 per cent of the world's rain and snow. Its agriculture is heavily dependent on rain, which is extremely variable: in drought years, the national average falls to 80 centimetres, whilst in good years it can go up to 120 cms. Almost half the years since 2000 have been abnormal: five saw drought, and three saw abnormal wetness. Local rains fluctuate enormously more. Of India's 328 million hectares, China occupies 35 million in Aksai Chin, 13 million is under permanent crops such as tea and coffee, 10 million is meadows, and 157 million is being cultivated, 54 million of it more than once in a year; the rest is fallow, waste, or commons, open to all humans and 467 million cattle.

Some 65 million hectares are irrigated - 16 million by canals, 31 million by tubewells, 11 million by ordinary wells. Only about 40 per cent of canal water and 65 per cent of well water are actually used by crops; the rest evaporates or runs out. But so much water is used that it has to be extracted from ever deeper levels and requires ever more energy. In 2000, water was more than 15 metres underground in 14 per cent of Punjab; in 2014, it was that deep in 75 per cent of the area. About a fifth of all electricity generated is used to lift water - and most of it is not paid for, which makes the power industry an extremely unattractive one to invest in, except for the government which has people's money to waste. Almost a quarter of energy used in agriculture is electrical; diesel oil supplies about a fifth. Almost a half comes from tractors; humans and animals supply less than 5 per cent each.

India's agricultural GDP was roughly Rs 27 trillion in 2016; the numerous subsidies to agriculture came to about Rs 4.5 trillion, or a sixth of the agriculturists' income. And then, Rs 3.4 trillion was taken away from them in the form of subsidies to consumers, mainly in the form of lower-than-market prices. This financial skulduggery required that domestic agriculture must be insulated from the international market by means of tariffs: agricultural tariffs averaged 32 per cent, about three times industrial tariffs. That was not enough; quantitative restrictions minimized imports and exports. The result was that agriculture, which would otherwise be internationally competitive, was prevented from prospering by exporting. And what is the point of this elaborate rigmarole? It keeps an army of politicians and bureaucrats busy, happy and rich. Democracy is an excellent system for administering a country, but our version of it is close to the worst.