The Taliban almost certainly knew al Qaida chief was in Kabul, but who tipped off the Americans? 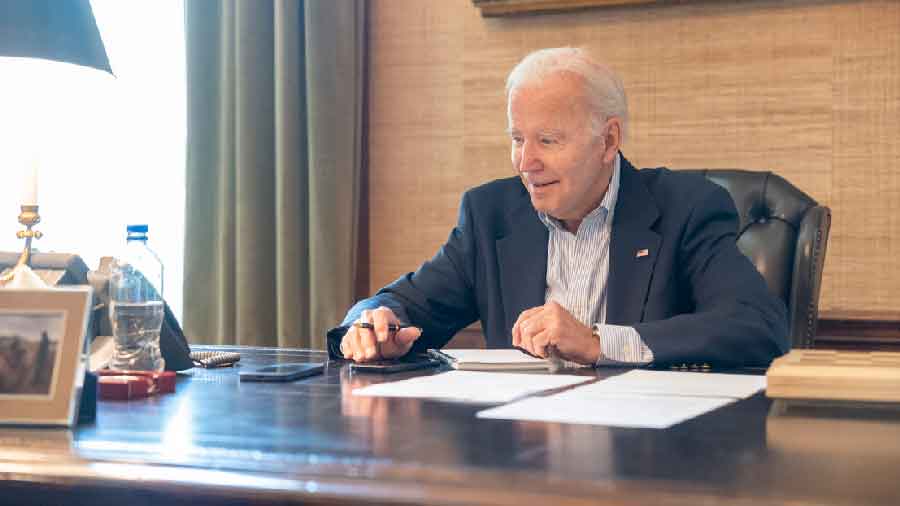 The US president, Joe Biden, predictably portrayed the death of al-Zawahiri as a triumph for America’s counter-terrorism efforts.
File Picture
The Editorial Board   |   Published 04.08.22, 04:25 AM

One of the world’s most feared terrorists is dead. But the successful drone strike by the United States of America that killed al Qaida chief, Ayman al-Zawahiri, in Kabul over the weekend raises as many questions as it answers about Washington’s two-decade war in Afghanistan. It also offers points to the shifting sands of South Asian geopolitics that should concern India. The US president, Joe Biden, predictably portrayed the death of al-Zawahiri as a triumph for America’s counter-terrorism efforts and a reminder that the greatest military power the world has ever known still possesses the ability to track down enemies in hiding and eliminate them. Indeed, the operation was an advertisement for the unmatched potency of US’s over-the-horizon capabilities — the wherewithal to strike targets thousands of kilometres away. But the fact that al-Zawahiri — the $25 million bounty on his head notwithstanding — was relaxing on the balcony of a downtown Kabul building linked to the Taliban’s Haqqani brothers makes a mockery of the Doha peace deal between the US and the Islamists. That agreement, which the US had cited to justify its withdrawal from Afghanistan a year ago, commits the Taliban to severing ties with al Qaida and other terrorist groups.

Yet the truth is likely to be murkier than the official narrative. The Taliban almost certainly knew al-Zawahiri was in Kabul, but who tipped off the Americans? A rival faction to the deadly Haqqanis? The Haqqanis themselves? Or Pakistan, which has deep intelligence assets inside Afghanistan and within the Taliban? Pakistan’s army chief has in recent days sought Washington’s help in securing a loan from the International Monetary Fund to resuscitate his country’s economy. The drone that targeted al-Zawahiri might well have needed to cross Pakistani airspace. Reports suggest that a US ground team was in Kabul to follow up — which, if true, suggests the complicity of some within the Taliban. India must watch carefully as the fog over the drone strike clears up in the weeks to come. A renewed partnership between the US and Pakistan is not in India’s interests. But as New Delhi builds its own ties with the Taliban, it must ask itself something more fundamental: if the Islamist group is still sheltering al Qaida, can it be trusted to shut out anti-India terrorist outfits? The answer is self-evident. New Delhi must engage with the Taliban but remember that in the fight against terror, it can never be an ally.