Flow to hospital to donate blood for injured 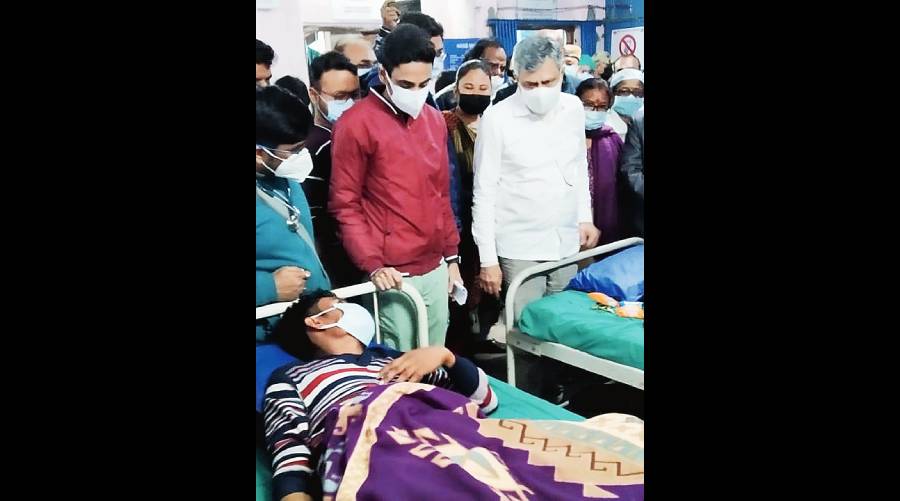 The derailment of the Bikaner-Guwahati Express, which is the first railway accident amid the pandemic, revealed a contrasting picture of responsibility along with humanity and indiscipline since Thursday night.

Around 400 people from different social and political outfits including Red Volunteers and youths belonging to Trinamul started queuing up in front of the blood bank of Jalpaiguri district hospital in a bid to donate blood for the ailing passengers.

“We immediately called up our members and rushed in a  group to the Jalpaiguri district hospital to donate blood as we thought it was mandatory during such a pandemic time. People from many other organisations were also queued up to donate blood. It is very overwhelming that within the night around 235 units of blood were donated,” said Subham Saha, a red volunteer activist and a district committee member of SFI in Jalpaiguri.

Apart from Saha and his team, different other outfits like Siliguri Welfare Organisation or members of Youth Trinamul Congress reached the spot with their volunteers and donated blood.

Apart from donating blood, the villagers of Domohini and its adjoining areas also played a good role throughout January night to help the administration in the rescue operation.

“The accident amid the pandemic showed how people from all sectors participated in rescue operations on the spot to donate blood at hospital. It proves that humanity is there even though we are passing through a critical time. We never felt alone as the people of the local areas were with us always,” said Moumita Godara Basu, the Jalpaiguri district magistrate.

Following the directive of the chief minister Mamata Banerjee all dead bodies were sent to different states including Assam and Uttar Pradesh by the state government.

At a time when the picture of humanity and responsibility were found and praised by several sections of the society, the spot of the accident witnessed a different picture of thousands of indisciplined people who came on the spot and found taking selfies with the affected coaches.

“No one was with a mask and people from areas like Rajganj, Malbazar came in hundreds. The situation seems to be a day out for all those people here. We are afraid of such a crowd rushing towards our village amid pandemic,” said a villager of Domohani.

Raju Barman who rode a bike from Dhupguri to reach the spot of the accident with his friend said they came to see how the coaches of the train were derailed.

“We planned yesterday night to visit the spot after watching the horrifying scenes of the coaches. So we came here,” said Raju.