Finger on the lips

Silent films are a thing of the past, but not the silence of Bollywood’s heroines 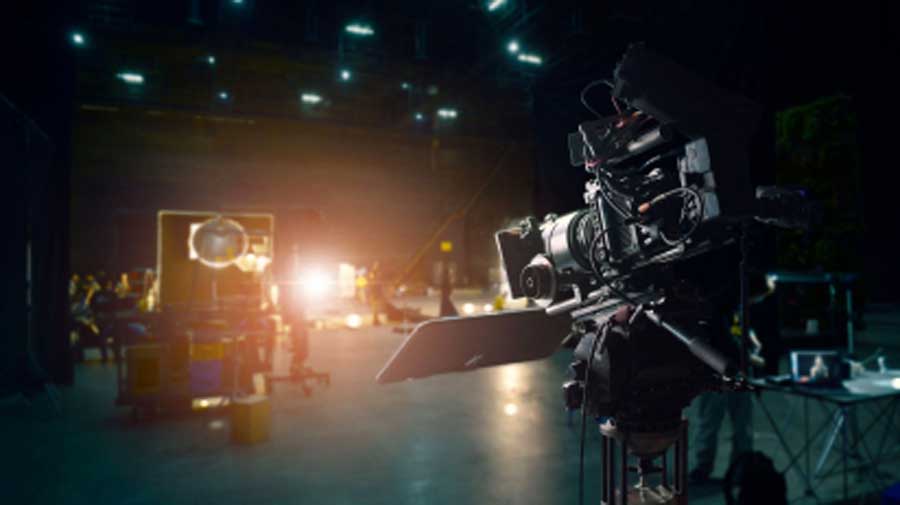 The silent era of films has ended, but only for men. New research tracking speaking parts in Hindi films reveals that on an average, in the biggest pan-national box-office hits from the past five years, “women have less than a third of the dialogue”. In other words, men significantly out-talk women — portrayed to be the more voluble sex.
Shutterstock
The Editorial Board   |   Published 28.03.21, 12:32 AM

The silent era of films has ended, but only for men. New research tracking speaking parts in Hindi films reveals that on an average, in the biggest pan-national box-office hits from the past five years, “women have less than a third of the dialogue”. In other words, men significantly out-talk women — portrayed to be the more voluble sex. This can seem surprising at a time when the star of Bollywood’s women seems to be in ascendance, with characters like Piku, Sulu, Shivani, Sehmat, Rani et al carrying films to box-office success squarely on their able shoulders. Yet, four of the biggest hits of the past five years had women speaking for an average of 25 minutes in a runtime of at least 2.5 hours. Take, for instance, Dangal, a biographical drama about two female wrestlers — the male narrator and the pontifical father, however, left little room for the ‘protagonists’ to voice their opinions.

One reason for the skewed balance in talk time could be the increasing compartmentalization of genders in Hindi movies. Films foregrounding women are believed to deal with ‘women-specific issues’ and are — unsurprisingly — considered niche cinematic projects, while the overwhelming number of movies with male protagonists, Bollywood’s ecosystem of producers, directors and script-writers insist, are meant to cater to the general audience. But there is a double paradox. Kuch Kuch Hota Hai, a box-office success, had nine female speaking parts with women delivering 60 per cent of the dialogues. Yet, this chatter perpetuated the patriarchal stereotypes about the ideal Indian woman who dresses in salwar-kameez and sings tuneful bhajans. There has not been much noise about another discernible disparity. A Forbes report showed that even though ‘leading ladies’ like Deepika Padukone and Priyanka Chopra have proven that they can deliver box-office hits, they only earn two-fifths the amount that their male counterparts like Shah Rukh Khan earn. The fate is worse for Muslim women who bear the double burden of gender and faith and are mostly invisible from the screen or banished to its margins. This phenomenon has remained unchanged since Independence in a nation that is wedded to secularism.

But the times, they are a-changin’. The arrival of streaming giants is rewriting the rules of dialogue and engagement in India’s entertainment industry. With Indian women increasingly willing to pay for content they can view on their phones or laptops, streaming platforms are pivoting to this under-tapped market. More than half of the Netflix films released in India in 2020 had a female producer or director, while all six of Amazon Prime originals released in India had women leading the charge as either creators, producers, writers or directors. The push for equality is gaining momentum driven by women seeking more choices in the content targeted at them. Watching movies and television shows is often a group activity in India, with the decision on what to watch typically taken by the men in the household. Streaming on handheld devices allows women a more personal choice in entertainment — at least in some segments of the population.

With the audience changing, cinematic content is bound to transform. The ‘lambs’ — patriarchy’s favourite expression for women — may no longer remain silent.