Satyajit Ray and his Twilight Men 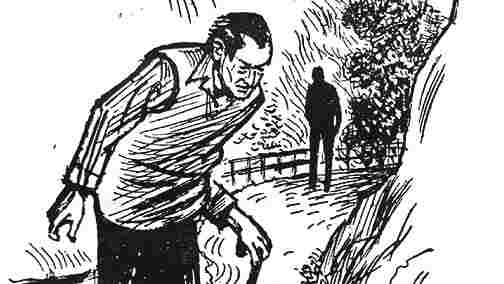 Reflecting on “Feluchand” — Feluda to his legion of fans — in an introduction to a special edition of Sandesh dedicated to, arguably, Bengal’s most famous detective 25 years ago, Leela Majumdar made some pertinent observations in her inimitable style. There was the matronly jibe at Feluda’s addiction to smoking. Majumdar then went on to heap fulsome praise on his razor-sharp intelligence, fearlessness, indefatigability and his commitment to justice. Majumdar was as generous in her assessment of Feluda’s creator, taking note of the tightness of Satyajit Ray’s plots, the near-perfect description of the settings, near or far, as well as Ray’s matchless ability to make the line separating fact and fiction nebulous.

The importance of Majumdar’s note, however, lies in what followed. She spots, unlike many of us, the surreal nature of Ray’s creation. Feluda, Majumdar argues, is a bit too perfect. His triumphs over his adversaries are nearly inevitable; he is omnipotent; he is peculiarly solitary — his parents are (conveniently?) dead, but the rest of his bloodline, she writes, remains markedly absent across his 35-odd adventures. Most significantly, Feluda is free of moral warts, discernibly immune to such — entirely human — frailties as pride or prejudice. Feluchand, in all probability, is that rare Bengali member of the tribe of metahumans.

The search for more complex, conflicted heroes in Ray’s literary universe should lead the reader away from Feluda’s adventures towards his short stories, especially those that were published under the ‘baro (dozen)’ series. Ak Dojon Goppo (1970), Aro Ak Dojon (1976), Aro Baro (1981), Ebaro Baro (1984) and Ak er Peethe Dui (1988), each a collection of 12 short stories (including some of Felu’s adventures), unveiled a few characters the shadowy corners of whose minds, where moral turpitude exists in an uneasy truce with uprightness, should have made them far more memorable than the infallible Feluda or the equally righteous Professor Shonku. The following — not the detective or the scientist — are Ray’s Twilight Men.

Bankubabu, a teacher in a provincial town, refuses to stand up to his bullies (“Bankubabur Bondhu”). When he finally has the courage for confrontation, he does so with some help from a kindly extraterrestrial. Yet, timid Banku — he is even bullied by his students — does not allow the daily indignities to corrode his dedication to teaching, his solitary source of joy. Banku’s conscious choice of vocation over retaliatory violence should not be underestimated. Then, there is Tripuracharan Mullick (“Dui Magician”). Mullick — he is a magician — is a purist at heart, steadfastly resisting the perks that accompany the commercialization of performance arts. But as the Market consumes Art, pushing orthodox artists like Mullick towards penury and  oblivion, the man of principle topples over into the abyss, trading his integrity for an all-too-fleeting moment of fame. 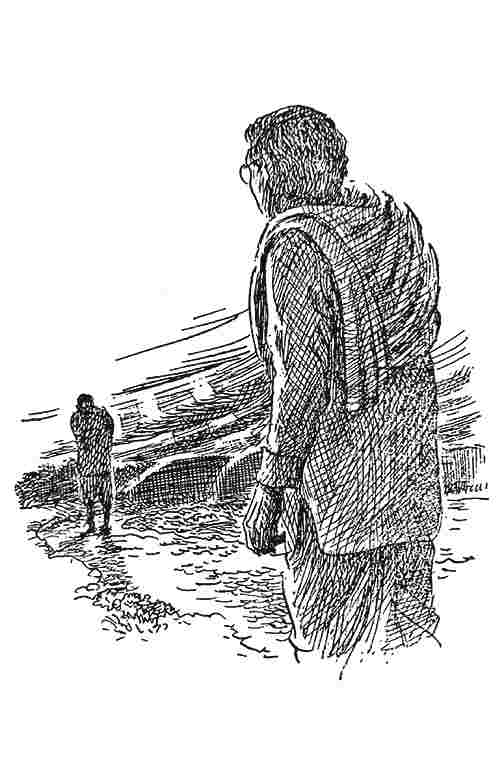 The shadows cast by the Twilight Men get deeper as we turn the pages of Aro Ak Dojon. We meet Batikbabu — furtive, eccentric, the laughing stock of gloomy, rainy Darjeeling. He has psychic abilities that reveal to him the murky past of mundane, found objects: a button torn from the coat of a man felled, unexpectedly, by stroke; a solitary glove worn by a murdered man; a piece of eyeglass whose owner drowned in the sea. Ultimately, the interest — fixation — consumes this humble, unassuming man, forcing him to draw blood. But the person who weighs on our judgment and conscience the most would have to be Ratanbabu. Devoured by loneliness, yet ever conscious of the magnetic pull of solitude, Ratan’s life is a delicate balance between his craving and simultaneous revulsion for companionship. Yet, he does — momentarily — find what we think he seeks. In nondescript Sini, a few miles from Tatanagar, Ratan meets Monilal — his doppelgänger. But their uncanny similarities lead Ratan into the twilight zone: as the two men stand on a trembling overbridge, mesmerized by the distant rumble of an approaching train, Ratan chooses a forked path to liberation, finally embracing the solitariness he had dreaded all his life.

Do their grievous lapses — crimes — and minor triumphs make the Twilight Men lesser mortals than, say, Pradosh Chandra Mitter? There is, in fact, a case to argue that they are as, if not more, formidable than our beloved detective. This is because Feluda’s foes are, in a sense, extraneous to his moral essence. Ray, unfortunately, spares Feluda conflicts with the demons within, choosing to protect the detective with an adamantine shield of integrity. But Ratanbabu and his peers have not been the beneficiaries of such kindness. Pulled at the seams of the soul by conflicting, competing emotions, by tides moral and amoral, by forces great and mysterious, they, like flesh-and-blood men and women, bob up and down in murky waters, rising to the surface on occasions, often to sink in the end. Yet, they continue waging wars within and without. Their capitulation is not just honourable. It makes them disarmingly human.

The colossal imprint of Feluda on the Bengali imagination and cultural discourse is not without merit. But the one hundredth birth anniversary of Satyajit Ray — the centenary celebrations began in May this year — could be an ideal occasion for the Bengali intelligentsia to explore the peculiar and problematic unimpeachability of the fictive hero (heroines are nearly absent in these works, at least). What compelled one of the sharpest students of human character and its greyness to make Feluda decidedly anodyne on the moral plane? Should not the contemporary cultural discourse on Ray’s rich literary legacy be receptive to not only Feluda’s luminosity but also the residual darkness in the Twilight Men?