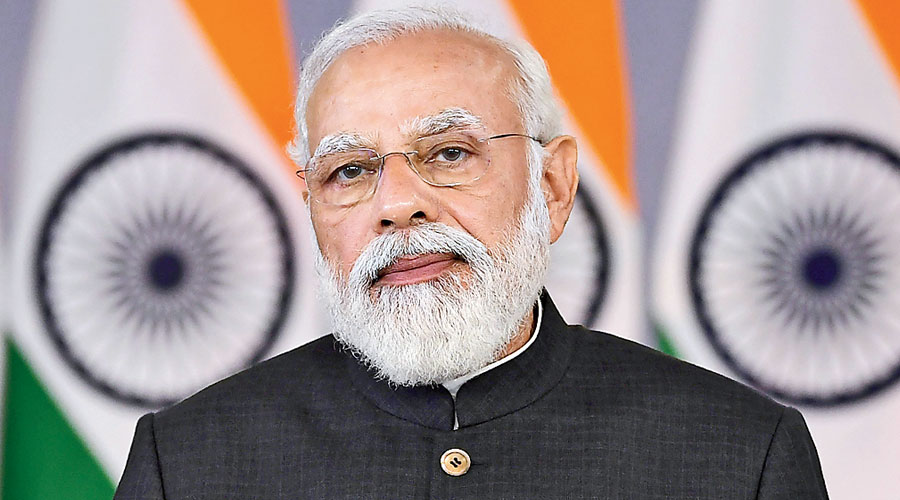 Politics, the cynic scoffs, is a hydra-headed creature. It is perhaps natural, then, that India’s ruling party and its leaders would be infamous on account of their double-facedness. Take the case of the tallest leader of the Bharatiya Janata Party: he also happens to be the prime minister of the nation. A few hours before the repealing of the farm laws in Parliament, Narendra Modi had assured that his government was ready to answer all queries. This is not the first time that the prime minister has reiterated the importance of meaningful engagement in the august House: at the inaugural session of the All India Presiding Officers’ Conference only a few days ago, Mr Modi underlined the importance of debate. This was also not the first time that the proverbial shadow fell between Mr Modi’s word and deed. His government rushed through the repealing of the bills, denying any opportunity for detailed discussion. Parliament, incidentally, has been witness to discussions on several occasions when bills have been repealed: the Maintenance of Internal Security Act and the Prevention of Terrorism Act were examined closely even as they were being binned. Mr Modi’s disregard for the conventions of the House — and democracy — has been exposed, once again.

The essential problem lies with Mr Modi’s distaste for scrutiny and criticism. His authoritarian temperament, a trait that has been emulated by the dispensation he leads, is antithetical to such democratic checks and balances as scrutiny, transparency and detailed deliberations. The consequences have been terrible for Parliament — the temple of democracy. This government has repeatedly sullied the sanctity of the House by discouraging a robust culture of debate and resorting to the passage of legislations unilaterally — the farm bills being a case in point — through the route of ordinance, or even with the help of procedural chicanery. The objective, on each occasion, has remained the same: minimizing interventions by the Opposition. The consequent losses are twofold. There has been a substantial deterioration in the quality of debate and a stifling of parliamentary dissension; second, welfare policy has not been subjected to adequate examination as a result of oversight. The resultant public disenchantment can have political costs. The farmers’ struggle — Mr Modi’s U-turn on discussions on the bills would deepen the trust deficit — is but one example of this simmering anger at the government’s arrogance.