Advertisement
Home / Opinion / False citizens: What does a nation do with a minority that it cannot purge?

False citizens: What does a nation do with a minority that it cannot purge?

Demanding obedience, deference and public abasement from minorities is the majoritarian’s stock-in-trade 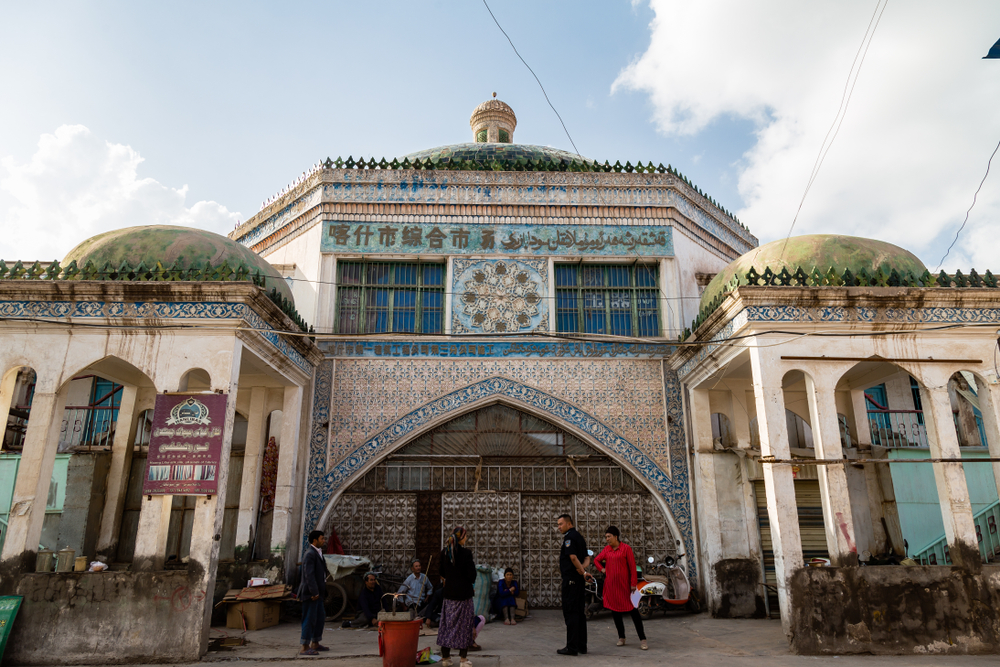 File photo (August 2017) of the Sunday market in Kashgar in China's Xinjiang region, along the Silk Route. Nervous of a restive minority population, the Chinese State has responded by encouraging Han settlement to shift Xinjiang’s demographic balance
(Shutterstock)
Mukul Kesavan   |   Published 28.04.19, 03:25 AM

What does a nation do with minorities that it doesn’t regard as real citizens? Hitler’s answer was genocide but modern nations have experimented with other solutions, expanding the menu of discriminatory options available to the majoritarian State. These are worth examining. The Holocaust was, in scale and intent, so evil that pundits hesitate to compare the industrial murder of Jews to the persecution of minorities elsewhere. This is a useful check on rhetorical excess but it stops us from seeing something true: all majoritarianism isn’t fascism, but fascism is always majoritarianism unbound.

Majoritarianism is a clumsy but necessary word for a scapegoating nationalism. Not every example of the gravitational pull of a cultural, linguistic or religious majority qualifies. So the surname-less hero called Raj who used to be the hero in every other Hindi film not so long ago, was the film industry’s gesture at normalcy, a lazy (if loaded) take on an Indian Everyman, not a symptom of majoritarianism.

Political majoritarianism is a supremacist project. It is the ideological claim that the natural owners of the nation state are the members of its ethnic/religious majority. It denies the legitimacy of political majorities forged with the aid of minority support or votes; see Modi’s suggestion that Rahul Gandhi’s choice of Wayanad, a Muslim majority constituency, represented a flight from the national mainstream. Demanding obedience, deference and public abasement from minorities is the majoritarian’s stock-in-trade; see, for example, Maneka Gandhi’s hectoring speech to her Muslim constituents, threatening to withhold patronage if they didn’t vote for her.

A majoritarian State will put minorities on notice by selectively allowing vigilantes to target them. This achieves two things: it lets minorities know that they live on sufferance outside the protection of the rule of law and it allows members of the ethnic majority to feel vicariously superior to a vulnerable underclass. The first priority of this ideology is to consolidate the majority as a vote bank by uniting it in the subordination of a ‘dangerous’ minority. The second, which follows from the first, is to make minorities marginal, even irrelevant, to the political life of the nation.

The second recourse is more radical, namely, the withdrawal of citizenship itself. Here again, Myanmar has led the way. The Muslims of the Rakhine province, the Rohingya, have lived in constitutional limbo since de-colonization, as successive governments, democratic and dictatorial, have offered and withdrawn identity cards that were a halfway house to second- or third-class citizenship. The census held just before the elections that brought Daw Suu’s party to power, disenfranchised the Rohingya by refusing to count them. Since the census was the basis of the voting roll, this created the electoral reality of a Muslim-free Rakhine.

The third step in this macabre story was the massive ethnic cleansing carried by the military and sanctioned by the State. This brought the demography of the Rakhine into sync with its electoral reality. More than a million Rohingya Muslims were driven across the border to Bangladesh, effectively emptying Rakhine of its Muslims. Despite the ritual condemnation of the ‘international community’, the nation state successfully purged itself of an ‘alien’ minority. This was, in its modest way, a final solution.

But what does a nation do with a minority that it cannot purge, either because it’s inconveniently located (the Rohingya were a consolidated, regional population close to an international border), too dispersed, or too large? China’s treatment of the Uighur Muslims in Xinjiang (picture), its north-western frontier province, is an interesting case. Xinjiang used to be known as Chinese Turkestan; it is a Muslim majority province, China’s largest producer of natural gas and, given its location, central to its Belt and Road Initiative.

Nervous of a restive minority population, the Chinese State has responded by encouraging Han settlement to shift Xinjiang’s demographic balance. The Han are China’s largest ethnic group, who virtually define Chinese identity. When Xi Jinping outlines a policy of assimilation designed “...to enhance their sense of identity with the motherland, the Chinese nation, Chinese culture, the CCP and socialism with Chinese characteristics”, his aim is to remake the Uighur in the image of the Han.

To do this the Chinese State has deployed its vast technological capacity to institute mass surveillance based on facial recognition and artificial intelligence to detect and discipline any sign of overt religiosity and established a network of massive ‘re-education camps’ in which a million incarcerated Uighurs (nearly 10 per cent of the entire population) are forcibly re-educated out of their Turkic-Muslim culture and into a Party-approved curriculum designed to produce Chinese patriots. Instead of de-stabilizing a strategic area with mass violence or ethnic cleansing, the Chinese State used its vast institutional capacity to re-engineer the Uighur in its own image.

Majoritarian parties in India target minority populations of a different order of magnitude. According to the 2011 Census, Indian Muslims number more than 170 million. This is not a population that can be incarcerated or expelled. Here, the majoritarian strategy is the Gujarat model: violence, subordination and segregation. This kind of marginalization is only possible if the State is supported by civil society in this ‘othering’. This condition is near-completely met in Gujarat and Assam, where Muslims are politically untouchable.

It shouldn’t come as a surprise that the Bharatiya Janata Party wants to expand the National Register of Citizens in Assam to take in all of India: there is no more efficient way to export the anxiety about Muslim illegals in Assam to the whole country. Should the BJP succeed in passing its citizenship amendment bill and expanding the remit of the NRC, it will have created the perfect majoritarian pincer.

The citizenship amendment bill, should it become law, will effectively amnesty all illegal migrants except Muslims which will mean that the only Indians who will have to provide documentary proof of their citizenship to this proposed all-India NRC will be Muslims. This will, in effect, create a modern inquisition where India’s Muslims (and only its Muslims) will be called upon to document their claim to India. In a reversal of the foundational principle of Indian law, they will have to prove, so to speak, their innocence. In one stroke, India’s Muslims will be cast into the same void that the Rohingya endured in independent Burma: the limbo of illegitimacy.

Should this pincer movement come to pass, India will have moved from a majoritarianism that consisted of informal prejudice and illegal discrimination to the formal marginalization of a minority. The Indian State will have created a statutorily vulnerable underclass, different from every other class of citizen in not being able to take citizenship for granted.

The journey of a nation down the low road of majoritarianism is not a gradual one, motoring down some gently graded decline; it is a series of steep drops beyond which lies darkness. Not many nations get to the end of that road: democracy, humanity and fellow-feeling get in the way. On the one occasion that the journey was completed in the last century, we know from history that the distance between the moment a nation names an underclass, and the abyss, is shorter than we think.

Uighurs in China: Should we believe what we see?

Durung decides on development, not NRC