The problems with CUET 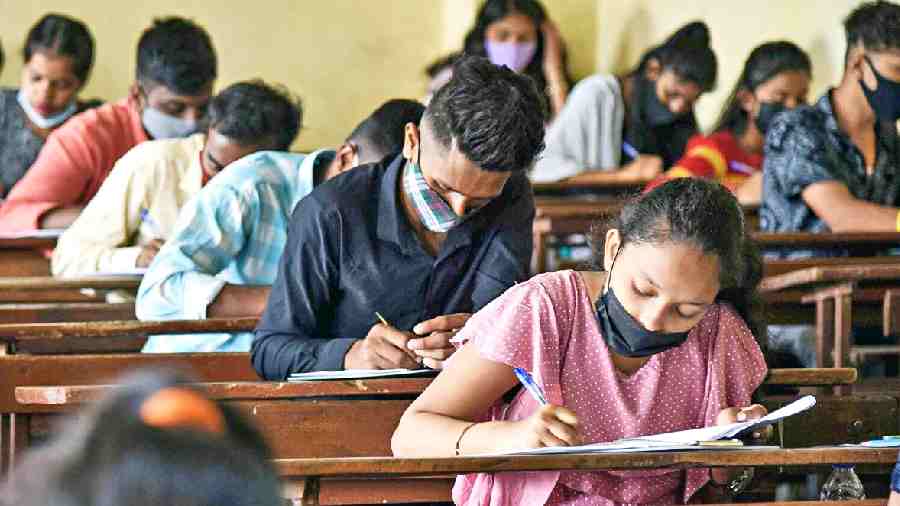 As a teacher of English, I am alarmed rather than elated that more students should have scored full marks in English than in any other subject in the Common University Entrance Test for undergraduate admissions to central universities (proposed to be extended to all public universities). Admittedly, more candidates sat for English than for any other subject. The proportion with a percentile of 100 was only 1.6%. But there are surprises here too: 5.9% in psychology, 1.95% in political science, but only 0.03% in maths and 0.02% in physics.

We accept today that scores in the humanities can match those in the sciences. That is fair enough. An outstanding student deserves the same grade in history or English as in physics or chemistry. But it is puzzling that scores in STEM subjects should be so much lower than in the humanities. How can the chance of a perfect score in English be 53 times that in maths?

I checked out the test for myself. The internet is flooded with mock tests, sample papers and back questions. I clicked my way through one such. It was plain sailing, but I cannot be sure I answered every question correctly. There seemed no way to check my score. That is just as well: it spared my ego and prevented controversy.

One thing I did conclude, however: this test is of no use in identifying the best candidates for an English honours course. There is a special issue with languages, above all a universally current one like English. All students need it as a tool language (to use that unlovely term). A small subgroup studies the literature and culture accessible through English as a humane discipline. These two completely different ends are commonly run together, and tests for the first limited function applied to the second.

The multiple-choice question format is inadequate for both, egregiously so for the second. The bestframed MCQs cannot test anything beyond factual knowledge and basic logic and comprehension (besides notoriously allowing some correct answers through random guesswork). Above all, MCQs cannot test the candidate’s skill in composition and capacity for connected thought. (The latter lacuna affects all subjects, especially in the humanities.) If MCQs are the sole criterion for entry, English honours classes will comprise a random selection of (a) the truly suitable – always a minority, now rendered vastly more so; (b) those with good language skills but no aptitude for humanistic study; (c) those with just enough language skills to clear the MCQs on a good day. The discipline, facing an uncertain future already in India, will be seriously imperilled.

But what other method can work for a huge nationwide test? Quite simply, none at all. This kind of gigantic exercise across a range of subjects (unlike the JEE or NEET, focused on a single field) will not work well for any subject, still less the humanities; for languages, not at all.

Till now, a few leading institutions held their own admission tests, though generally taking board-level marks into account. Most places relied solely on the latter. Board exams too are tilting heavily towards MCQs; but they retain an element of discursive composition, providing a better basis for assessment.

But doesn’t the earlier system prevent uniformity in standards and content? Of course: that is the whole rationale of higher education. The Procrustean simplism of MCQs is misleading and harmful. Many students clearing that low hurdle stumble over the ups and downs of the actual college curriculum. The next move, therefore, is to dumb down the curriculum and final assessment. That process too is well under way.

Two arguments are advanced in favour of CUET. First, it solves the problem of standardizing the grading levels of school boards across the country. But it has brought its own challenge of ‘normalizing’ scores across multi-session exams. I leave it to statisticians to assess the two problems dispassionately; but we cannot deny that there is a problem.

The other argument is humane. A centralized CUET spares students the torture of multiple applications, a stressful and expensive process. But the internet reveals how in a single year, CUET has fallen prey to India’s all-devouring coaching industry. This is one industry that grew incrementally during the pandemic. Just as that bonanza is nearing its end, CUET has brought fresh bounty: a market vastly greater than JEE or NEET.

A Google search under CUET listed more coaching outfits than I imagined to exist. Guides and helpbooks abound no less. This staggering marketing exercise feeds on fomenting stress both in the young and in adult stakeholders footing the bill, preying on their dreams and nightmares. It is the latest addition to a battery of forces whereby education is passing out of the hands of the teachers and institutions responsible for its delivery into the control of a powerful commercial nexus with no goal beyond putting students on college registers. It is like giving ambulance paramedics control over the hospital system. The government is the chief facilitator and cheerleader of the process.

A last factor might (or might not) console many readers. Private universities are outside the purview of CUET. They devise their own policies for admissions, teaching and assessment. Inevitably, they will diverge more and more from the public university system. In a handful of high-end institutions, that divergence will be academically beneficial, perhaps markedly so.

There’s comfort yet: these institutions might ensure a decent education for ‘our’ children, at whatever cost to our pockets. The high cost will necessarily restrict their reach, while the decline of public universities reduces the total space of productive tertiary education. We are like climate-change victims insouciantly seeing their land mass shrink till the rising sea-level laps at their toes. Gradually they start pushing each other into the water to clear standing-room for themselves. Finally, they all go under.

‘We’ are educated and enlightened people. Let us find one country in history which has prospered by shrinking and enfeebling its education system as a matter of policy. We could badly do with a model in this otherwise suicidal course.