Examinations are but tools of ideological control 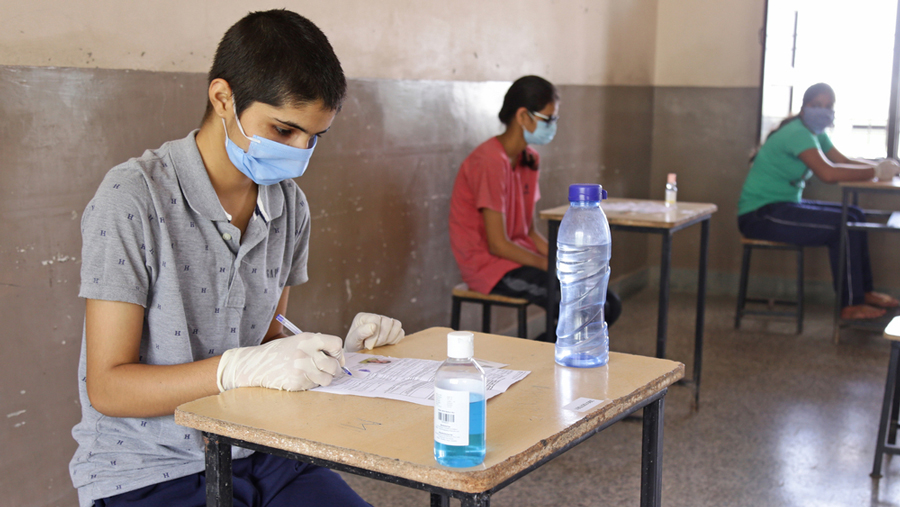 In his eminently entertaining first autobiography, My Early Life: A Roving Commission, published in 1930, Winston Spencer Churchill (1874-1965) spent a fair amount of time discussing the examinations he sat for as a young man, from the time he took the entrance test to get into Harrow, to his serendipitous success in the preliminary examination to get into the army, to his successful (third) attempt to enter what was then the Royal Military College at Sandhurst. Anyone who has gone through the ordeal of tests and examinations, and lived to tell the tale, will find Churchill’s account both instructive and providing food for thought. Churchill begins his second chapter, “Harrow”, by narrating how, when he had “scarcely passed [his] twelfth birthday”, he “entered the inhospitable regions of examinations, through which for the next seven years [he] was destined to journey”. “These examinations,” Churchill confesses, “were a great trial to me” for “I should have liked to be asked to say what I knew” but the examiners “always tried to ask what I did not know. When I would have willingly displayed my knowledge, they sought to expose my ignorance.” Moving on to the prelims to get into the army, Churchill writes of how examinees were expected to “draw from memory a map of some country or other”; and how, “the night before [the examination] by way of final preparation [he] put the names of all the maps in the atlas into a hat and drew out New Zealand... Sure enough the first question in the paper was: ‘Draw a map of New Zealand’”. Young Winston’s luck held when, after two unsuccessful attempts to enter Sandhurst, he was packed off to a “crammer” (the English upper-class equivalent of our coaching centres) where he was rigorously tutored in Mathematics, and, sure enough again, on the day of the Mathematics test, there was a question about “these Cosines and Tangents in a highly square-rooted condition which must have been decisive upon the whole of my after life. It was a problem. But luckily I had seen its ugly face only a few days before and recognized it at first sight.” This occurs in the third chapter of the book, titled, simply, “Examinations”, and Churchill goes to some pains to show his readers just how arbitrary the whole system of examinations is, as also how much of an individual’s future may depend on these fickle things.

I first encountered My Early Life a few months before my Class X boards when my father — who had lived through the Second World War, and was, as a consequence, a great admirer of Churchill (even though he had to admit that the man’s attitude towards Indians left much to be desired) — decided it would soothe my frazzled nerves if I read about young Winston’s encounters with examinations. I suspect the effect was not quite what he had hoped for. Instead of cheering me up about, and preparing me for, the forthcoming ordeal, my nerves got even more frazzled, especially when I contemplated the vast oceans of my ignorance as compared to the little puddles of learning I had somehow managed to acquire, and I became convinced that there was no way in which I would get a passing grade. In the event, like the British Bulldog, my luck held, and I managed to get a creditable result, the first of many I would acquire — more by accident than by conscious design — over the next many years. But my deep suspicion about examinations, especially the formal ones conducted by educational institutions, never left me.

Which is deeply ironic when one considers the fact that, for the last almost-thirty years, I have been preparing those instruments of torture called question papers, and passing judgment on the performance of young minds which are, almost invariably, scarred (to a greater or lesser degree) by the experience of taking examinations. Consider the circumstances in which most examinations are conducted, at least in our country. You are made to sit in a closed room, guarded by unsmiling invigilators, unable to ask your neighbour for a simple fact, prevented from looking up a quick reference, needing to take permission if you want to go to the toilet — in brief, the closest most of us will get to a PoW camp. I cannot think of any other situation in life which even comes close to the stifling, oppressive atmosphere of a typical examination hall. And for what? What do such examinations actually test? Certainly not the examinee’s intelligence, or knowledge, or wisdom, or creativity, or understanding, in any meaningful sense of these terms. At best, perhaps the ability to memorize and regurgitate “facts”, and to do so in a reasonably organized manner. What doing well in an examination tells us is one thing, and one thing only — the candidate’s ability to do well in exams. Nothing more and probably quite a bit less.

As Churchill had noted, luck plays an inordinately important role in examinations. I have had many classmates over the years who were far more knowledgeable, and much better prepared, than me, yet who failed to do as well in a particular examination simply because they were unlucky in the choice of topics they had prepared while I wasn’t; so they cursed their luck, and I claimed it was all due to hard work and consistent labour (which was far from the truth). When still an undergraduate student, one of my teachers told me that I would do well in the finals, not because I was knowledgeable or intelligent, but because I possessed “low cunning”. Upset though I was then with what I felt was an unnecessarily cruel remark, I have since come to recognize the wisdom of that statement. Examinations are basically tools of ideological control, where — in order to score well — the person taking the examination has to figure out not just what to write but how to write it — to become, as it were, his or her master’s voice. If one can do it successfully, one does well; if one tries to be different, to express one’s own views, to interpret matters creatively, from a perspective other than that “prescribed” by those who are conducting the test, one fails — often, quite miserably — and has to live with the stigma of unsuccess, maybe even for the rest of one’s life.

One of the guiding principles of power is the need to remind the one being controlled of just who is doing the controlling. Even as the ongoing pandemic has opened up avenues for a more democratic, more egalitarian, more cooperative process of learning and evaluation, it has also provided the opportunity to those wielding power to forcefully remind the underdogs just who is boss. As students across the country grapple with poor internet connections, lack of access to books and other resources, the inability to consult others face-to-face, and much else that is necessary to confront the terminal examinations now underway, as a result of the diktats of the highest functionaries of the land, they must be cursing their luck and those like me who are enforcing this ordeal on them. After such knowledge, what forgiveness can we expect?