Every garden has its own secret 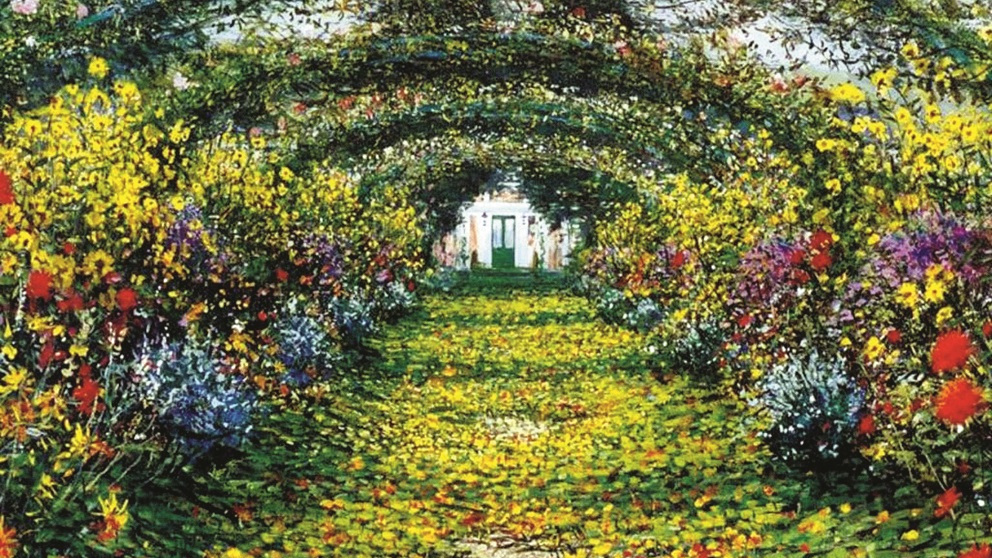 It is entirely possible that three days from now, on February 1 — Budget Day — the Union finance minister would assure the nation that she has spotted the green shoots of economic recovery.

But green shoots — of the literal, not the metaphorical, variety — have been sprouting since March 2020, the month India was locked up hastily by its minder. The pandemic, there is evidence to suggest, led to a strange, global bloom. This proliferation of public interest in gardening led Ferns N Petals, India’s most prominent retailer of flowers, to witness an unprecedented surge in demand for herbs and plants such as giloy, tulsi and jade. Meanwhile, lettuce, coriander and beetroot were striking deep roots in Britain. On March 16 last year, the day the British government ordered patrons to avoid pubs, Suttons Seeds struck gold, selling seeds of lettuce, coriander and beetroot. The same month, on the other side of the Atlantic, Burpee Seeds and Plants, the firm that germinated in Philadelphia in 1876, witnessed its highest ever sales. By May, market research by GlobalData had found that gardening had become the second most popular recreational activity — second only to watching television — during the lockdown, beating cooking, reading and — astoundingly — sex.

‘Gardening Movements’ are not novel. In a piece for the Earth Island Journal, Jennifer Atkinson, an intrepid researcher of gardening in the US, has argued that the phenomenon — the unexpected mushrooming of gardens — has, more often than not, intersected with periods of social transformation with attendant collective anxieties. The dawn of industrialization, she writes, led to the flowering of urban gardens; the obnoxious Jim Crow era encouraged Black people to take to, and reimagine, gardening as a refuge; ‘Guerrilla Gardening’ — growing gardens on plots that are legally inaccessible — has become a popular contemporary strategy for the greening of greying landscapes as well as for energizing community and environmental fraternities in an era that is being made to watch, helplessly, the eerie unfolding of the Anthropocene. Getting one’s hands dirty with soil and trowel, Atkinson believes, resonates with a deeper meaning. In the time of Covid, a time that has precipitated the experiences of social and physical isolation, gardening has become an unconscious expression of the human urgency to confront its fear of a creeping disembodiment. Awakened, momentarily, from its entrancement with a different, dangerous bloom — the upending of reality and the concomitant impoverishment of sensory encounters by the virtual — green-thumbed humans have transformed gardening into an allegorical shovel to dig deep into the recesses of the memory of a time in which the primordial cord with the natural world was yet to be cut.

Even Jean-Jacques Rousseau, a man of reason, was not dismissive of the symbolic potential of gardening. In his stimulating piece, “Beans and Melons: Rousseau’s Vegetable Garden”, Jérôme Brillaud attributes the following quote to the enlightened Genevan: “If the study of plants purges my soul that is enough for me, I do not desire any other pharmacy.” Rousseau, however, did confess in Confessions that he was no gardener. But that could be because, as Brillaud shows, he used kitchen gardens — beans and melons were Rousseau’s thing — as sites of philosophical experiments.

Indeed, gardens and gardening can be, Vivian Swift noted in Gardens of Awe and Folly, far from demure spaces. They have, over the years, served as sites of radical, if inadvertent, social experiments, some of which even attempted to alter the status quo. For instance, leafing through the pages of the rather somnolent Instructions in Gardening for Ladies (1840), one may be lulled into believing that Jane Webb Wells Loudon was attempting — rather dourly — to put readers to sleep. But Lady Jane is asdeceptive as the garden. For the discerning reader would soon realize that hidden amidst those dull instructions on ‘sowing’, ‘fixing’ and ‘covering’ seeds was a code: Mrs Loudon was actually encouraging women to enjoy gardening independently, out of the sight and the supervision of men, even though she took care to inform her pupils that the vapours arising out of damp earth could have unhealthy consequences “under women’s skirts”.

Concealed among flowers and earthy scents is, always, the alluring possibility of the garden being a space for renegotiating gender relations. In Gender and the Garden in Early Modern English Literature, Jennifer Munroe echoes Loudon by arguing that the transition of the garden from a unit of subsistence to an arena of aesthetics led to the kindling of intense tensions in gender relations. Perhaps it is apt that the setting of The Luncheon on the Grass — in which Edouard Manet challenged the politics of class as well as of the gaze by depicting a nude woman looking away from her conversant, male companions, towards the viewer — resembles a rather resplendent garden.

The garden, the fruit of gardening, isn’t benign in other ways too.

In its gentle rhythms — a leaf falling, unhurriedly, in the breeze, a butterfly or a bee gliding from one flower to another, light dripping from a silvery gossamer web — the garden endures as a philosophical site celebrating the antithesis of express modern living.

Calcuttans have an additional reason to ruminate about gardens because annus horribilis — 2020 — happened to be the bicentennial year of the foundation of the Agri-Horticultural Society of India. Our man Rousseau despised horticulture. Botany, he believed, shared a symbiotic relationship with philosophy because of its encouragement of reflection, while horticulture, Rousseau thundered, “offer[s] the soul no solace”. But William Carey, the founder of the AHSI, had foresight — the AHSI contributed to the widening of India’s pedagogies on gardening, agriculture and patterns of food consumption. Even Rousseau would have to concede that the expansion of the frontiers of knowledge need not burden the soul.

As gardens recede from public spaces, the AHSI, a delightful sanctuary of mellow light, long silences, plants — mundane and exotic — and birds, that strives to keep out the cacophonous sounds and ugly sights of metropolitan life, could be the perfect ambience for contemplation. Would the Covid-induced bloom of miniature gardens, now sprouting on unfamiliar, but intimate, turfs — terraces, windowsills, even kitchens — be enough for humanity to renew its elementary, but fraying, relationship with nature and the wondrous web of life?