THE THIN EDGE | Emancipation requires shifting cultivation across the world 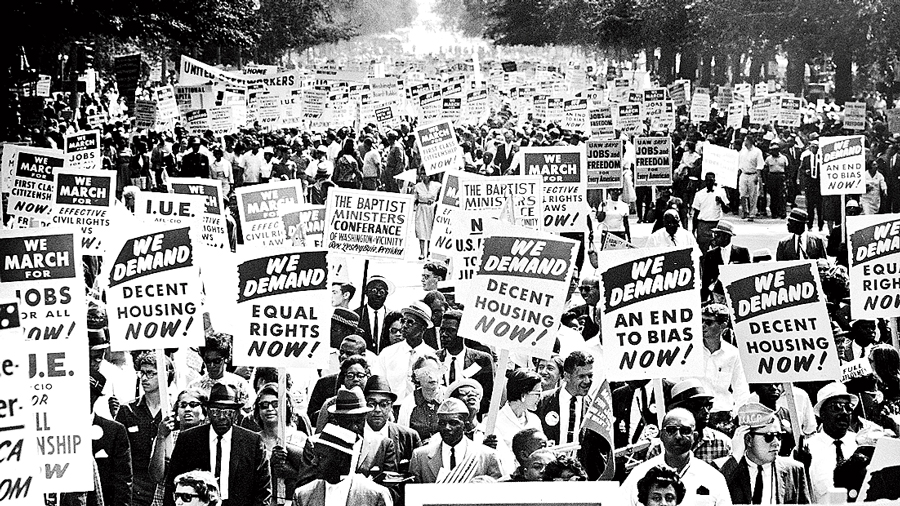 When I went to the United States of America in 1979, to study in an undergraduate college in Vermont, I carried certain ideas and assumptions about the country. As a 19-year-old with reasonable reading in current affairs, I thought I had a balanced view of the US and its role in the world. I understood that American foreign policy since the Second World War had wreaked hell on many parts of the planet and added grotesque misery to the lives of millions of people. Yet, along with the strife and bloodshed, America had also exported some hugely positive ideas and attitudes. In the civil rights movement, in the widespread protests against the Vietnam War, in Nixon being forced to resign from the presidency by courageous reporting and federal agencies working with real independence to investigate their own president, the country had demonstrated that democracy and freedom of speech were not just theories to which one paid lip-service but principles that American civil society put into action. Coming out of a newly post-Emergency India, watching what was going on in neighbouring Pakistan and Bangladesh, not to mention Brezhnev’s Soviet Union and Deng’s China, what America and Western Europe offered was crucial to struggles for political freedom and equality all over the world.

Along with the outspoken democracy were the host of things that today would come under the label of ‘soft power’: most important was the gift of jazz, blues and rock and roll that the States gave to the world; next for me came the fearless churning in my own chosen field of visual arts, where every few years some crazy new upheaval would challenge the set of practices that had gone before; then there was the sexual revolution, which I was yet to understand as actually being three connected revolutions, but which, in conservative, fear-ridden India, seemed like a magical thing — the idea that you could be completely open about your desires without worrying about parents, police, the State or any other moralizing big brother or sister.

The America I ‘knew’ was, of course, the country as depicted in the news magazines, Time, Life and Newsweek, in the films, the music and the literature. A proper examination of the last three, at least, should have prepared me for the reality, but I made the elementary mistake of seeing the sophistication of the rendering far more than the things being rendered. Thus, I was waylaid by the spare and humorous aesthetics of rows of tomato cans screen-printed on a canvas, the panache and beauty of the camera movement and editing in the Hollywood and independent films, the hilarious lyrics and punchy musicianship of a song like Bob Dylan’s “Maggie’s Farm” rather than the reality of a man who ‘puts his cigar/ out in your face just for kicks/ his bedroom window/ it is made out of bricks/ (while) the National Guard stands around his door’.

Once in Vermont, it took some time to understand that I was in one of the most free (as in non-mainstream) and yet one of the most conservative areas of the US. There and travelling up and down the east coast, moving between New York and Boston — two of the most cosmopolitan cities in the world — and small-town New Jersey and Virginia, it finally got driven home just how parochial and ignorant many Americans could be.

Shortly after I got to Vermont, the hostage crisis in Iran began to take over the headlines. As news of Americans being held hostage in Tehran spread in the general consciousness, my first semester ended and I found myself spending part of my holidays in Washington, DC. Once, sitting with two American friends in a bar, some off-duty Marines at the next table began to stare at me. One of them leaned over and asked my friend something. Upon receiving the answer the muscular group of soldiers visibly relaxed and began to lift their glasses in our direction — “Indiaa! Awright!”. My friend told us that they wanted to know if I was “Airanian”, in which case they would have put me in hospital. On other occasions I tried asking people if they even knew where Iran was on a map and I realized they had no clue — their windows to the world were, indeed, made out of bricks.

The America in which I lived between 1979 and 1981 dumped the ‘softie’ Jimmy Carter and elected an incompetent, B-grade actor called Ronald Reagan in his place. A precursor to Donald Trump and so many other ‘strongmen’ leaders of today, Reagan too specialized in performing the vesh of a leader rather than actually being one. It is his policies (or policies made using him as a vehicle) of favouring the already wealthy, the morally reactionary and enemies of the environment that have trickled down to the current times and turned into a toxic torrent worldwide. Yet, those same years of the late 70s and early 80s also saw the sharpening of the American feminist and gay rights movements, inspiring and linking up with similar movements across the world. That was the same period when the awareness of concepts such as ‘ecology’ and the ‘environment’ moved out of marginal campuses such as my college into the mainstream.

History repeatedly teaches us not to take improvements of the human condition for granted. It also teaches us that you cannot locate the growth of freedom and social justice in any one place, that emancipation and equality require shifting cultivation around the globe, new or refreshed fields from which the impetus can be distributed. Today, when I read columns in Indian media that insist on seeing the forthcoming US elections only through the lens of what the results would mean for India vis-a-vis China or some other narrow economic focus, I find myself in vehement disagreement. It is critical for the well-being of this small planet of ours that Donald Trump, his coterie and the gang of ethics-free Republicans in the Senate be emphatically ejected from power by the American voters. Four more years of this man and the people who’ve been deliberately blind to his actions would be akin to an unchecked continuation of a raging wildfire that’s devouring the already denuded forests of humanity across the globe. Whether you believe in some higher power or are a firm rationalist, it’s time to pray that enough bricks have fallen out of walled-up American windows that not too long after November 3 we will see the back of this odious man.