In the three states whose poll results have come as a surprise, Shah had addressed many more public meetings than the PM 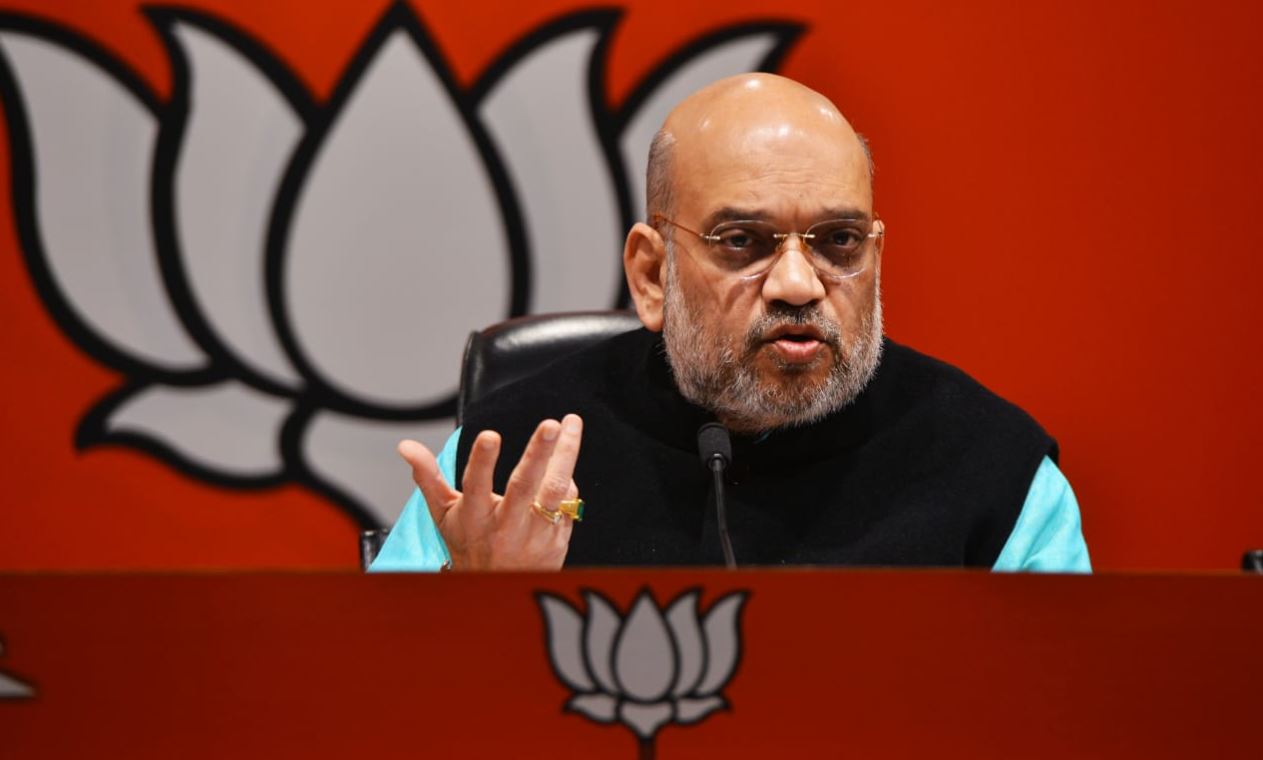 The truth is sometimes strange enough to leave one at a loss for words. According to party insiders, the poll reverses in the three heartland states of Rajasthan, Madhya Pradesh and Chhattisgarh have shocked the president of the Bharatiya Janata Party, Amit Shah, even more than they have the prime minister, Narendra Modi. After all, the BJP chief has not spoken or tweeted about the verdict that came out on Tuesday. Modi, on the other hand, sent out a congratulatory message to the chief minister of Telangana, Chandrasekhar Rao.

Shah, essentially a trusted back-room manager for Modi since his time in Gujarat, has been trying to emerge as a mass leader after having shifted base to Delhi as the party boss a few years ago. For every election, Shah goes out addressing rallies as a mascot, second only to Modi himself. This time, in the three states whose poll results have come as such a surprise, Shah had addressed many more public meetings than the prime minister. Party insiders say that Shah had told them that he will lead from the front and ensure that the BJP retains power in at least two of the three states. Hence the shock, given that he was certain that the party would be victorious in Madhya Pradesh and Chhattisgarh.

There has been some talk of Shah even being seen as the leader who will succeed Modi in 2024. The party chief has often boasted that the BJP will rule the country for the next 50 years. At a recent event, Shah was even asked about becoming the prime minister in six years’ time. He, however, chose to reply humbly. “There are many senior leaders in the BJP,” he said. Clearly, diplomacy remains the neo-Chanakya’s forte.

Prime Minister Narendra Modi removes a stole given to him by a minister upon his arrival at the Parliament on the first day of the winter session in New Delhi, December 11, 2018
PTI

The press conference held by the Congress president, Rahul Gandhi, after the BJP vociferously sought an apology from him for apparently maligning the country and the prime minister over the Rafale deal was seen by the Grand Old Party as a critical intervention in the political discourse on the subject. The Congress stalwart, Ahmed Patel, reportedly asked the media persons present at the press conference to provide adequate coverage; he feared that there might be a deliberate suppression of the false claims made by the government on the report by the comptroller and auditor general of India having been examined by the public accounts committee.

Patel then turned to the Congress parliamentarian, Rajeev Shukla, and asked him to ensure proper coverage at least by the channel that he owned. In response, Shukla, whose channel is not known to be very different from other pro-BJP channels, quipped: “First promise you will give me a Lok Sabha ticket from Kanpur. I will run this news continuously for 24 hours.” Patel was taken aback, but he replied: “Why Kanpur, why not Varanasi? I am declaring right now that you will contest Varanasi against the prime minister in 2019.” Everyone, including Shukla, burst into laughter.

As the Congress hogged television footage for four days from the time that it was voted back into reckoning in the Hindi heartland, Rahul Gandhi looked southwards to pick observers for the Congress Legislature Party meetings in Rajasthan, Chhattisgarh and Madhya Pradesh. Two Malayali Congressmen, AK Antony and KC Venugopal, and one Kannadiga partyman, Mallikarjun Kharge, were his ‘sherpas’, leaving many people wondering how the first two, in particular, would comprehend what was being said given their rudimentary knowledge of Hindi.

However, for all the confusion that was projected on television, they got the job done fairly fast by Grand Old Party standards. Earlier, the Congress used to take its own sweet time to even call a CLP meeting. But after the fiasco in Goa, where the BJP moved in for the kill, the Congress seems to have picked up the ‘fastest finger first’ bug.

There has never been any harm in letting one’s hair down a little, and now, after the electoral showing in the recently-concluded assembly polls, it is, perhaps, time to indulge in a bit of pleasure. To this effect, Lutyens’ Delhi is witnessing an interesting pattern: politicians borrowing the residences of their friends to host political dos. A big Christmas party, organized by the Congressman and former external affairs minister, Salman Khurshid, and his wife, Louise, is being held at 12, Teen Murti Lane — the residence of Kumari Selja. Incidentally, in the past, 12 Teen Murti Lane has also served as the residence of the former general secretary of the Communist Party of India (Marxist), Harkishan Singh Surjeet, and the Congress veteran, Dharamvir Sinha.

Then, a former BJP parliamentarian and Jan Sangh leader, JK Jain, celebrated his 50th wedding anniversary at the home of the industrialist, Sanjay Dalmia. In this manner, many Delhi politicians are known to allow weddings to take place at their residences, free of cost.

The BJP claims that the Supreme Court’s order on the Rafale controversy is a victory. However, the controversy seems to have weighed heavily on the party during the recent wedding of Mukesh Ambani’s daughter, Isha. According to an Opposition leader at the wedding, the BJP’s attendance was thin while a throng of ministers from the era of the United Progressive Alliance were present. The prime minister was especially conspicuous by his absence. Given that the nation’s who’s who were at the wedding, it is unlikely that India’s richest man did not invite India’s most powerful.