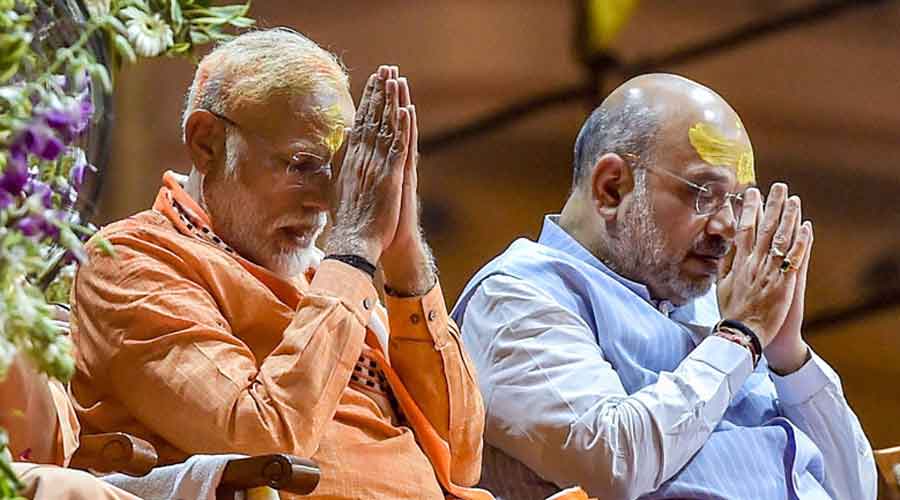 There is no doubting the Bharatiya Janata Party’s perverse success in turning, quite decisively, India’s political direction towards the Right — some would even say the far-Right. What has accompanied, indeed aided, this turn is an act of disingenuity. The BJP claims that it represents the aspirations of Hindus. What it practises, though, is Hindutva, a political project based on engineering deep fault lines among religious communities accompanied by the demonizing of religious minorities, especially Muslims. What is equally discernible is the Opposition’s unwillingness to confront the BJP’s Hindutva card. It fears that speaking up for secularism and against the communal rhetoric would help the BJP bag the votes of the majority community. In fact, the prevailing, polarized political atmosphere has forced a number of parties wedded to the principle of secularism to tow the line of soft Hindutva.

Rahul Gandhi’s differentiation between Hinduism and Hindutva and the urgency to underline this difference on public fora assume significance in the backdrop of these developments. There is a line of thought within the Congress that instead of falling into a rhetorical trap that can end up consolidating the Congress’s image as an anti-Hindu party, it would be prudent to attack the Narendra Modi government on its monumental policy failures. Exposing Mr Modi’s blunders in governance is a political necessity. But it must also be accompanied by a spirited public campaign to reveal the BJP’s duplicitous claim as the party that speaks for Hindus. Hinduism, unlike Hindutva, is not a stable of bigotry: indeed, its emphasis on tolerance, fraternity and accommodation has shaped Indian civilization across centuries. The Constitution, which does not discriminate among faiths, imbibes some of the best — inclusive — traditions of Hindu philosophy. Therefore, to describe the constitutional or secular vision as antithetical to Hinduism is an act of political chicanery. What the Congress must now do is shape a political strategy to neutralize the right-wing ruse. The gains outweigh the risks. This is because during  the two stints in power, the BJP has done very little for the economic welfare of all communities: a dishevelled economy bears out this sad truth. What it has done is use religion as the proverbial opium for the masses to deflect attention from the disasters in public policy. It is the responsibility of the Opposition, including the Congress, to wean the people away from this dangerous addiction.