Dragon in the room 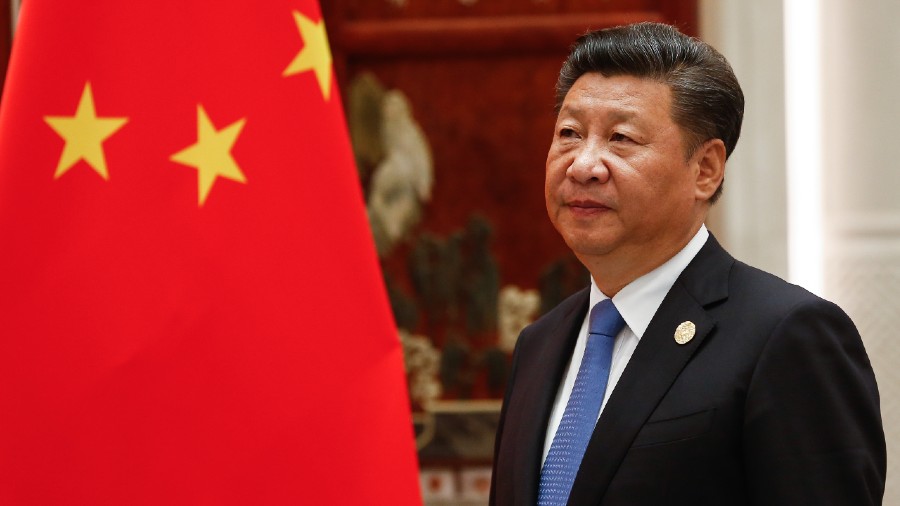 The West’s honeymoon with China, which began during Deng Xiaoping’s aggressive internal economic reforms in the early-1980s and whose high point was the People’s Republic’s membership of the World Trade Organization in 2001, has come to an end. Despite occasional bouts of contrived bonhomie with sections of the leadership and the continuing fascination of many large American companies with China, there are now definite indications that the political establishments in the United States of America and the member states of the European Union view China as a looming threat that, left unchecked, could unsettle the international equilibrium.

Undeniably, the transition of China from being regarded as the big, dynamic, economic powerhouse to seeing it as a ruthless power with sinister hegemonic designs owes a great deal to the leadership style and political priorities of Xi Jinping. If Beijing’s grand declaration to achieve “the great rejuvenation of the Chinese nation” by the time the country celebrates the centenary of Mao Zedong’s takeover in 1949 was met with a smirk or two, the smiles had vanished by the time the audacious Belt and Road initiative was unveiled. What became clear was that Xi Jinping — now elevated to the status of a supreme leader with a place in the pantheon alongside Marx, Lenin, Stalin and Mao — was intent on recreating a version of the Middle Kingdom with China at the centre of global economic and political domination. It was also apparent — particularly after the crackdown in Hong Kong — that the Chinese leadership was intent on contemptuously brushing aside those forces that saw economic power and corporate clout as means of undermining the stranglehold of the communist party and the People’s Liberation Army on the State. China may have embraced capitalism, but it was not going to meekly submit itself to the ‘invisible hand’ of the market.

A reason why the subtext of China’s grand entry into the international capitalist system was enthusiastically welcomed by the West in the last two decades of the 20th century stemmed from the conviction that Beijing’s nationalist assertiveness was not going to trigger military conflict. Since its inception in 1949, the People’s Republic of China has undertaken military conflict only thrice — in the Korean war, in the war against India on the Himalayas in 1962 and in the military expedition against Vietnam in 1979. Post-Mao, China appears to have changed tack. Its focus was to quietly develop its military capacity and chip away at the US. It is significant that for the past four decades China has refrained from getting directly involved in military adventures overseas, although its internal pacification of Tibet, Xinjiang and Hong Kong has been characteristically heavy-handed. The focus has been on creating military outposts in countries on the Indian Ocean rim and supplying military hardware to countries it regards as friendly. Influence-building has pursued the path of making vulnerable countries in Asia, Africa and, of late, Europe economically so beholden to China that they lose their capacity for sovereign decision-making. Unlike the US and European countries that are constrained by domestic pressures, China has absolutely no inhibitions in pouring money into countries in return for economic concessions and political influence. It is not without basis that China’s foreign policy has often been equated with 19th-century Victorian imperialism, minus the use of force.

The threat of China now choosing to get its hands dirty is at the heart of this year’s US Defence Department report on China’s military and security capacities. Central to the assessment is the feeling that China is fast approaching a point where it feels it can directly challenge the US military and “fight and win wars” against a “strong enemy”, “coerce Taiwan and rival claimants in territorial disputes, counter an intervention by a third party in a conflict along the PRC’s periphery, and project power globally”. The report further adds: “With a force that totals approximately two million personnel in the regular forces, the PLA has sought to modernise its capabilities and improve its proficiencies across all warfare domains so that as a joint force it can conduct the range of land, air, and maritime operations as well as space, counterspace, electronic warfare, and cyber operations.”

For India, these developments are ominous. For the moment, China’s stated priority is to secure the reunification of Taiwan with the mainland. There was a phase where this may have seemed possible by peaceful means, perhaps using the old Hong Kong formula of ‘one country, two systems’. However, with the government of Taiwan inching (very hesitantly) towards a policy of independence and growing international support for its determination to stay apart from ‘one China’, Beijing is likely to force the pace before 2049. China is biding its time. Given China’s awesome capacities, this takeover can at best create a diplomatic storm but not lead to any outright military conflict.

For India, the present preoccupation with Taiwan is not necessarily a respite. China has wilfully kept its border dispute with India alive for the simple reason that its 1962 objective of teaching India a lesson and asserting its regional dominance is very much intact. Its sly border incursions are principally aimed at testing Indian responses and sapping its national resolve. Coupled with its assiduous courtship of Nepal, Bhutan and Myanmar and its stranglehold over Pakistan, China feels that it is in a dominant position vis-à-vis India. The Indian response to China too has depended considerably upon which government is in power in Delhi. The fear of a second front, for example, made the erstwhile UPA government needlessly more accommodative towards China. With the Narendra Modi government not playing that game, China’s unease with India has risen.

There are obvious limitations of a purely national strategy to counter China’s hegemonism. Strategic understanding with the world’s other big powers — including Russia that enjoys a measure of conviviality with China — is a must. India is seen by the rest of the world as the only effective hedge in Asia against China. It must play that role without losing sight of the importance of relentlessly building its own scientific, economic, and military capacities.