Advertisement
Home / Opinion / Doctors' protest: Empathy on all sides is the key to a resolution

Doctors' protest: Empathy on all sides is the key to a resolution

Is negligence the result of poor doctor-patient ratios that puts health professionals under inhuman pressure? 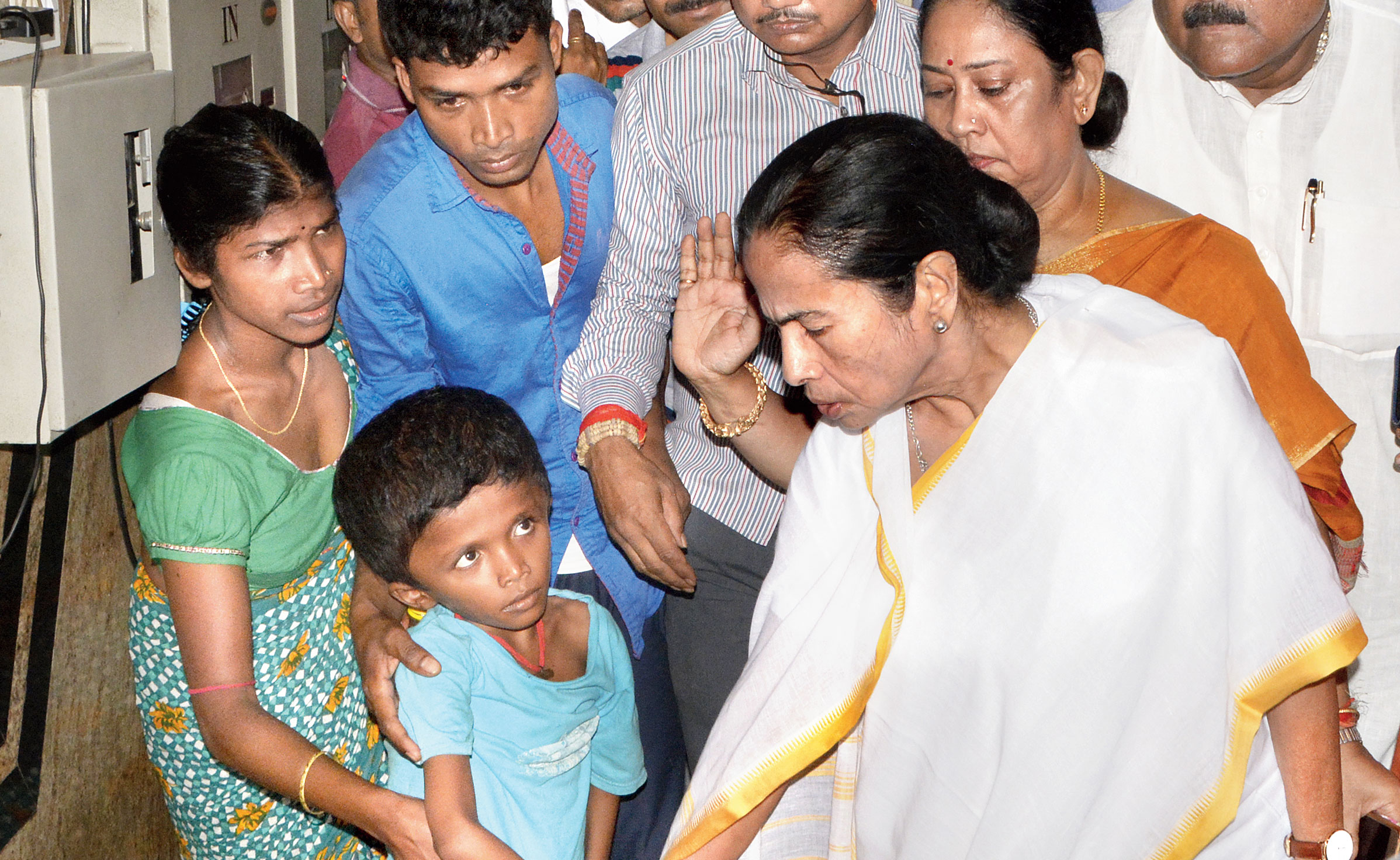 Chief minister Mamata Banerjee enquires about the condition of patients lying on the floor near the emergency ward at SSKM Hospital in Calcutta around noon on Thursday.
The Telegraph picture
The Editorial Board   |     |   Published 17.06.19, 03:06 AM

Empathy is considered to be a virtue for a reason. The ability to understand and appreciate a different perspective can make a difference during an hour of crisis. Bengal’s healthcare system has been in the throes of an unprecedented crisis ever since junior doctors were beaten up at the N.R.S. Medical College and Hospital. The assault, in turn, led junior doctors to stop working at several medical colleges, crippling patient care.

What muddied the waters further were brazen attempts to politicize the unrest. A prominent leader of the state unit of the Bharatiya Janata Party, the ruling Trinamul Congress’s principal opponent, put a communal spin on the face-off. The chief minister’s intervention, when it came eventually, lacked the healing touch that Mamata Banerjee is renowned for. Instead of giving a patient hearing to the aggrieved constituency, Ms Banerjee chose to crack the whip, serving an ultimatum to the doctors to resume work even though their protest remained apolitical. It is possible that Ms Banerjee’s actions were predicated on political considerations. The recent outcome of the general elections in which the BJP reaped spectacular dividends in the state has come as a severe jolt to Ms Banerjee and her party. The Trinamul Congress is thus desperate to recover lost ground before the assembly elections that are two years away. Ms Banerjee may have calculated that stern action against the doctors could help her win back some of the public support. After all, the doctors’ strike — does it not violate the sacred Hippocratic oath? — has inconvenienced numerous patients and their families, many of whom hail from disadvantaged segments. As the chief minister, Ms Banerjee must remember that she is the chosen leader of all — doctors and patients. It is undeniable that in spite of numerous attacks on the medical fraternity, Ms Banerjee’s administration has done little to arrest the lumpenism. However, it is heartening to note the subsequent change in Ms Banerjee’s attitude. The chief minister has repeatedly expressed her desire to initiate a dialogue with the protesting doctors: this is the need of the hour.

The public narrative on this chain of events needs to be representative as well. It is also true that the conduct of doctors on occasions is far from perfect. Allegations of medical negligence or apathy — the confrontation at N.R.S. Medical College and Hospital began on these grounds — are not uncommon. There is an urgent need to get to the root of the problem. Is negligence the result of poor doctor-patient ratios that puts health professionals under inhuman pressure? Each stakeholder in the healthcare apparatus — doctors, patients and the government — must be willing to hear the others out to resolve the situation. Such conversations can only be fruitful if they are premised on empathy.