When religion and politics become a potent mix, the popular attitude to ‘unity in diversity’ gets stigmatised 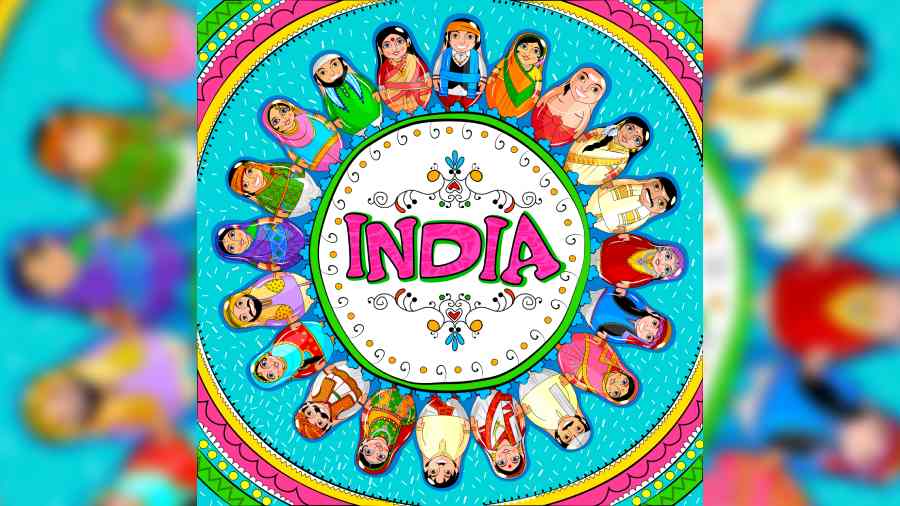 ‘Unity in diversity’ has become a cliché. It has lost its political traction and popular appeal. Not many wonder why. Perhaps we should.

The case against ‘unity in diversity’ must be reckoned with. It lacks punch. It is too abstract. It takes thought, reflection and a willingness to look beyond the obvious to sense its sanity. That is too much to expect of the common man. In comparison, homogeneity, which seems conducive to unity, is more exciting to the masses.

The jading of ‘unity in diversity’ must be read together with the activation of the masses. Unity is deceptive in relation to the mass. Individuals who comprise it are diverse. But they cease to be so in being constituted into a mass. A significant feature of our times is that public sentiments too are being mass-ified. As a result, nonconformity to dominant views and versions is deemed offensive. This makes it easy to criminalise dissent. Almost everyone feels uneasy about dissenters. Dissenters themselves do. This tells us a lot about the demoralisation besetting the Opposition parties today.

The invocation of religion has played a major role in deepening the popular negativity against diversity. Homogeneity is native to religiosity. Consequently, every religious community is inherently intolerant of dissent. When religion and politics become a potent mix, the popular attitude to ‘unity in diversity’ gets stigmatised. This sullies secularism too. Today, secularism has been disenfranchised.

The pity of it is that this threat to a secular democracy is not being addressed with intellectual rigour. The ‘why’ and ‘wherefore’ of the change being engineered are not articulated.

Consider an aspect of this issue. The hallmark of the homogeneity-oriented rhetoric is intensity. It is this that lends irresistible rhetorical vehemence to the speeches of the prime minister. It would be interesting to reckon how Narendra Modi would sound if he were to advocate ‘unity in diversity’ in the prevailing climate.

There is, however, a problem with intensity. Intensity demands exclusive focus. Respect for diversity is vexatious to those who thrive on intensity. It is naïve to expect them to treat any theme or issue objectively or fairly. Intensity thrives by creating an illusion: the illusion that there is nothing else of relevance in the given context, which is simply untrue. All the same, intensity is what the masses prefer. Mesmerising a mob by the logic of ‘unity in diversity’ is impractical.

Life, however, is a great deal more than oratory. It is a mixed bag of events, experiences and contrary possibilities. Life is ‘unity in diversity’. Homogeneity is akin to death. This practical truth is lost on the masses for the reason that they are creatures of the moment; the reason why mob-mentality succumbs readily to the pull of homogeneity. It is easy, hence, to incite a mob against what is different. For a mob, the different is alien; a locus of dispensable inconvenience.

The characteristic folly of the intelligentsia is to assume that such distinctions will be recognised eventually by the masses. This de facto abdication of responsibility by the intelligentsia contributes to the flattering success that demagogues have had in creating the mass culture of allergy towards diversity. This also explains why unprecedented intolerance towards the intelligentsia — now labelled urban Naxals and pseudo-intellectuals — is coterminous with the ascent of the masses.

The preference for homogeneity also impacts governance. There is a cabinet of ministers. But it proves to be, in effect, a background-cabinet. Its main function is to serve as a foil to the centre of power. Homogeneity and decentralisation of power are incompatible. The variety of insights and expertise a cabinet holds may not enhance governance. Colleagues and experts will be inhibited by the spirit of homogeneity. They will be eager to ensure that what they bring to the table is not anomalous to homogeneity. A nation that adopts negativity towards diversity consigns itself to all-round bankruptcy.

Valson Thampu is a former principal of St Stephen’s College