The line between journalism and propaganda is thin 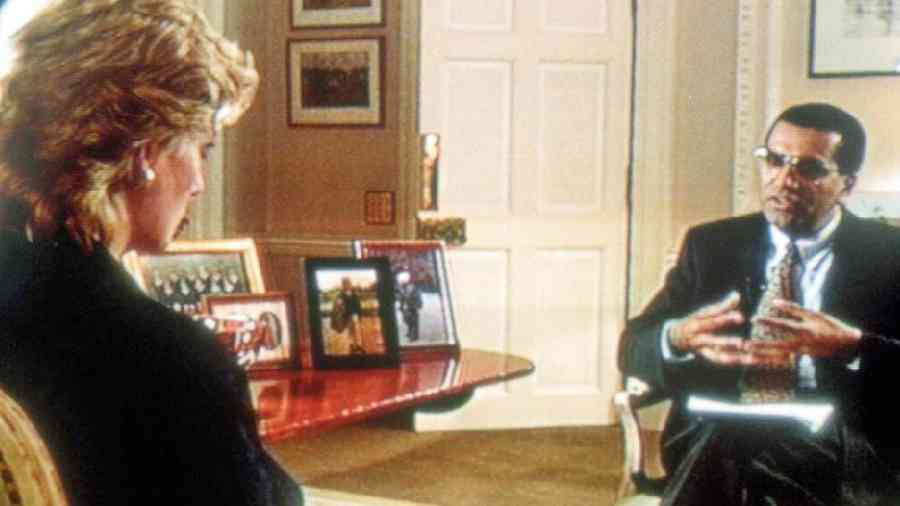 This column once recounted how a leading Calcutta barrister, Sachin Chaudhuri, dissuaded a European adventuress from suing me for defamation by citing another distinguished lawyer, N.C. Chatterjee, who famously insisted that there could be no defamation unless the complainant’s own “famation” was impeccable. That elusive attribute is in question now in London where a successful defamation suit warns that even a venerable institution like the British Broadcasting Corporation can throw famation to the winds when it scents a scoop.

The BBC is trying desperately to distance itself from that abysmal dereliction of values by shifting the guilt to an ingenious but utterly unscrupulous employee called Martin Bashir who interviewed Princess Diana on November 20, 1995. Sadly, Bashir is effectively incapable of defending himself, which probably helps. Google says “he has been diagnosed with a brain tumour affecting his pituitary gland, was reported to be ‘seriously unwell’ with the coronavirus in October 2020, and underwent quadruple heart bypass surgery in late 2020 and further surgical procedures in spring 2021.” Even if he had been in sound health, Bashir’s Pakistani origins and antecedents in an unfashionable London suburb might put off classy British audiences rather like Rishi Sunak’s ethnicity, teetotalism and addiction to the Bhagwad Gita may explain his falling rating among the blue-rinsed women in twin sets and pearls among 160,000 Conservative Party members.

History is made in bed, it’s been said. Take away the bed and history evaporates. That was a risk that even the staid BBC was apparently not prepared to take. So, with Bashir’s assistance, it put Charles, Prince of Wales, in an imaginary bed with Alexandra Pettifer, formerly Tiggy Legge-Bourke, nanny to Princes William and Harry from 1993 to 1999. The “false and malicious” claim was that Charles was “in love” with her, that they had taken a two-week holiday together, and that the nanny had undergone an abortion. As Lord Dyson, a former Supreme Court judge who investigated the interview episode, noted, forged evidence, including faked bank statements and hospital letters, was also shown to Diana’s brother, Earl Spencer, to “induce him to arrange” her meeting with Bashir and “persuade her to agree to give the interview”. Ethics apart, this was a “serious breach of the 1993 edition of the Producers’ Guidelines on straight dealing”. Diana was persuaded that her staff were being paid by the tabloid press and others, including the British intelligence service, MI6, to spy on her. Not surprisingly, she got rid of security provided by the royal family.

Although Mrs Pettifer herself passed Chatterjee’s strict famation test with flying colours, she thought it scandalous that she had to sue the BBC for the “serious harm” to which she had “been subjected” to be recognised. Nor can the piddling £200,000 that the BBC reportedly forked out in damages (the actual sum was not disclosed) to her possibly compensate for the lasting wound that this shameful episode might inflict on the profession of journalism. That is justification enough for dwelling on something that occurred in another country more than 25 years ago. It is difficult to think of a more outrageous violation of journalistic ethics and of C.P. Scott’s hallowed “Comment is free, but facts are sacred” dictum that separates journalism from propaganda. People have expressed fears that the BBC’s deceit impacted the course of British history. Worse still is the suspicion that in some journalistic circles — especially television channels that habitually depend on official sponsors for handouts and whose anchors never cease to proclaim their loyalty to their political masters — the precedent set by the BBC might be viewed as a tremendous feat.

As one of 23 million viewers who watched the 54-minute interview, I remember Diana’s reference (“There were three of us in this marriage, so it was a bit crowded”) to Charles’s then mistress and now wife, Camilla Parker-Bowles. Also her muffled admission of adultery. We learnt afterwards that Queen Elizabeth had written to both Charles and Diana telling them to divorce. Two years after the interview, Diana was killed in a car crash in Paris with the then beau, the Egyptian, Dodi Al-Fayed.

The interview transformed Bashir into a household name. A teenage convert to Christianity with a master’s degree in — of all subjects — theology, he was a freelance sports journalist until joining the BBC in 1986. He left it for ITV in 1999, and worked in New York from 2004 to 2016 when he returned to the BBC as religious affairs correspondent. He resigned in 2021, citing health reasons as demands for an inquiry were mounting. The Diana interview won him a coveted BAFTA (British Academy of Film and Television Arts) Award. The Royal Television Society and the Broadcasting Press Guild hailed him as TV Journalist of the Year and Journalist of the Year. As for the BBC, thanks to Bashir, it basked in the glory of the scoop of the century.

Who manipulated whom? Although Diana was undoubtedly deceived, the evidence suggests that she was no innocent abroad. Tina Brown claims in her book, The Palace Papers: Inside the House of Windsor, the Truth and the Turmoil, that shortly before her death Diana claimed that “she had no regrets about the interview and made clear that she had said exactly what she wanted to say on camera… She realised it served her purpose.” She said as much to Gulu Lalvani, one of several Asians in her life whom some readers might remember as a Sikh ina gold Rolls-Royce escorting a former Miss World, Reita Faria.

It’s not some abstruse truth that was murdered in this murky affair but honest straightforward reporting. The BBC wielded the knife. Bashir was never an independent operator. He did not act on his own. He was the BBC’s agent and instrument. No wonder Tim Davie, the BBC’s director-general, readily admitted culpability when the defamation suit came up last month in London’s high court, wolfing down humble pie apparently with the greatest relish. Apologising to its audience, the royal family, Diana and her two sons “for the way in which [they] were deceived and the subsequent impact on all their lives”, Davie promised that the discredited interview would never be shown again although being part of the “historical record” extracts might be used for journalistic purposes.

Given this awareness of guilt, one wonders why the BBC did not initiate suo moto action long ago. Instead, it tried to hush up matters with what has been dismissed as a “woefully ineffective” internal inquiry by its former director-general, Lord Hall. Bashir’s claims were not checked. Only last year’s scathing Dyson report found him guilty of using “deceitful methods” and breaching BBC editorial conduct to obtain the interview.

“What saddens me most,” Prince William says, “is that if the BBC had properly investigated the complaints and concerns first raised in 1995, my mother would have known that she had been deceived.” It brought him“indescribable sadness to know that the BBC’s failures contributed significantly to her fear, paranoia and isolation.” Bashir’s interview made a “major contribution to making [his]parents’ relationship worse”. Diana“was failed not just by a rogue reporter, but by leaders at the BBC who looked the other way rather than asking the tough questions”.

Lord Dyson’s report called Bashir“unreliable”, “devious” and “dishonest”. If so, all those epithets must also apply to his employer. Prince Harry put his finger on the wider threat.“What deeply concerns me is that practices like these, and even worse, are still widespread today. Then, and now, it’s bigger than one outlet, one network, or one publication.” That warning cannot be ignored. No matter what the reward, there’s no famation in smart but dishonest journalism.