DGCA bars use of wide-body aircraft at Kozhikode 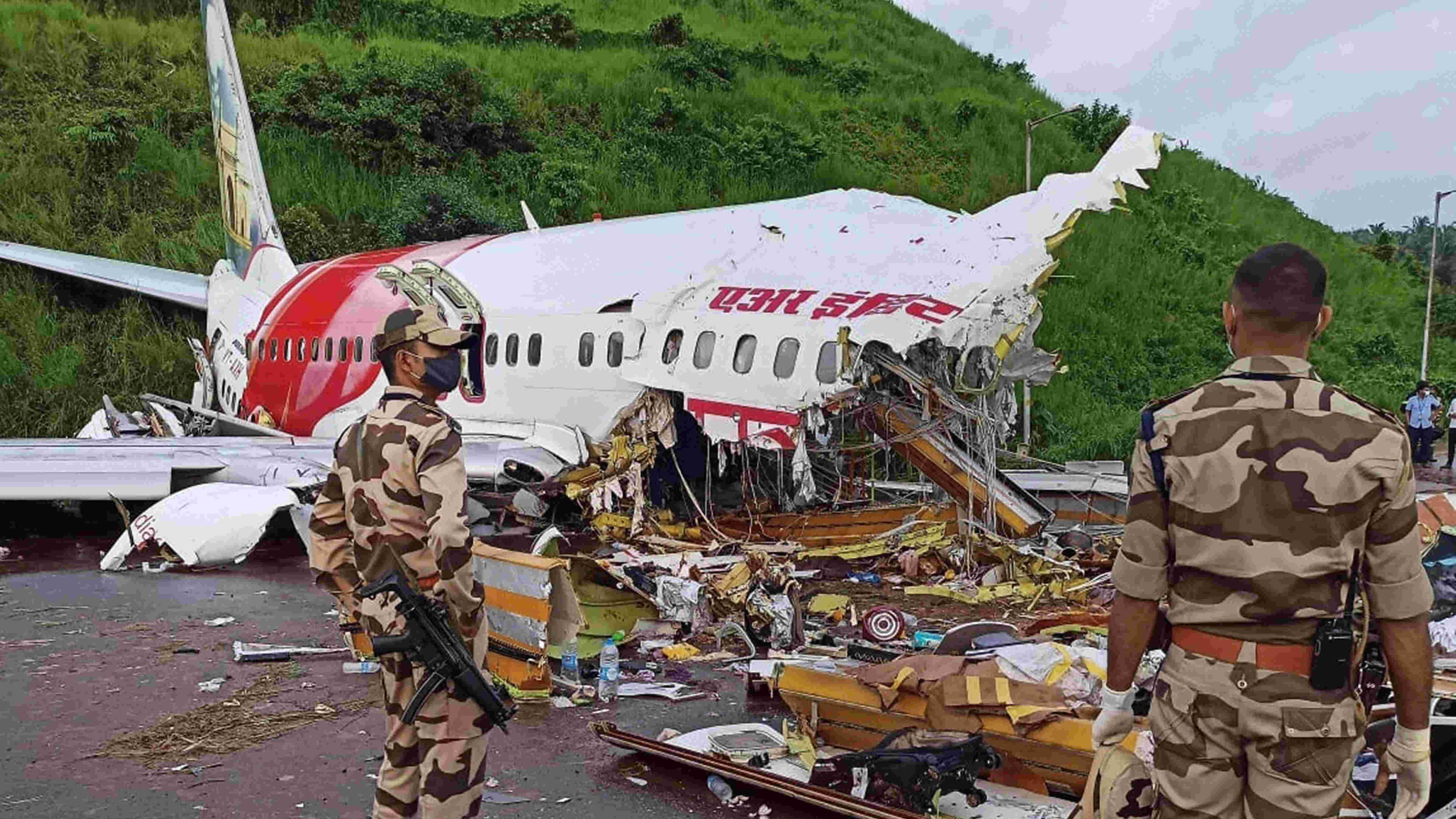 Security personnel stand guard near the mangled remains of an Air India Express flight, en route from Dubai, after it skidded off the runway while landing on Friday night, at Karippur in Kozhikode, Saturday, Aug. 8, 2020.
PTI
PTI   |   New Delhi   |   Published 11.08.20, 09:33 PM

The DGCA has barred the operation of wide-body aircraft at Kozhikode airport this monsoon "out of abundant caution", a senior official said, adding that the aviation regulator will conduct a special audit of airports that receive heavy rains.

The decision was taken four days after a narrow-body B737 aircraft of Air India Express with 190 people on board overshot the runway and crashed at the Kozhikode airport amid downpour.

Asked about the duration of the ban, the DGCA official said, "No date has been fixed. We will wait for the monsoon to get over and as a means of abundant caution we are doing it."

The table top runway 10 of the Kozhikode airport is approximately 2,700 metres long. Wide-body aircraft operations were permitted at this airport from 2019.

The senior official of the Directorate General of Civil Aviation (DGCA) said, "The special audit will be done at airports like Mumbai and Chennai that are affected by heavy rains annually."

The Airports Authority of India (AAI) manages more than 100 airports in the country, including the one in Kozhikode. However, major airports like Delhi, Mumbai, Bengaluru and Hyderabad are managed by private companies.

The Air India Express flight from Dubai overshot the tabletop runway on Friday night, fell into a valley 35 feet below and broke into pieces, killing 18 people, including both the pilots.

The airline on Tuesday said 74 passengers injured in the plane crash in Kozhikode have been discharged from hospitals after "obtaining complete fitness".

A day after the crash, Congress MP Manickam Tagore had tweeted that the AAI and the DGCA "seem to have ignored" the proposal for using Engineered Material Arrestor System (EMAS) technology to ensure the safety of Kozhikode airport's tabletop runway.

The AAI works under the Civil Aviation Ministry. The EMAS is a unique surface of special materials that is built at the end of the runway to stop the aircraft in its tracks if it has overshot the area while landing.

Civil Aviation Minister Hardeep Singh Puri said on Monday that the Kozhikode airport is equipped with Runway End Safety Area (RESA) as per the safety guidelines of the International Civil Aviation Organization (ICAO).

He said the provision of EMAS is not mandatory in a civil airport as per the ICAO guidelines.

Puri said EMAS provides safety benefits if standard RESA length is not available at the airport or if RESA cannot be provided at the airport due to some constraints.

"Provision of EMAS at Mangalore and Kozhikode were examined by AAI in consultation with DGCA, subsequent to the Air India Express accident at Mangalore in 2010. Tabletop runways at both these airports are accordingly provided with RESA of 240 metres and 90 metres in compliance to DGCA directive," Puri said.