Devendra Fadnavis: The agony of being number two 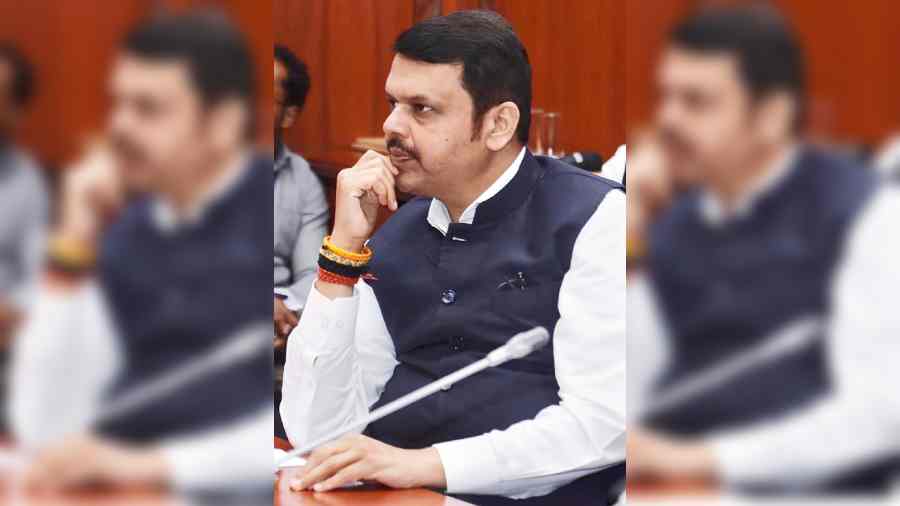 Devendra Fadnavis, the Bharatiya Janata Party leader and former chief minister of Maharashtra, looked agonised as he congratulated the Shiv Sena rebel leader, Eknath Shinde, after the latter took oath as the CM. A picture posted by Fadnavis showed Shinde on the CM’s chair while the former stood beside him. The central leadership had expected Fadnavis to support Shinde. But the buzz in the party corridors is that the former CM had initially refused to join the Shinde-led government. The demotion from CM to deputy CM is certainly painful. However, the BJP chief, JP Nadda, publicly announced that he has spoken to Fadnavis and asked him to join the government as deputy CM, stressing that it was a “directive”. The top leadership does not tolerate defiance. Now, Fadnavis is going out of the way to please the central leadership in the hope that his disobedience will be forgiven and forgotten.

The selection of leaders to address the media at the BJP’s national executive meeting in Hyderabad was said to have been carefully done to send out political messages. The Assam CM, Himanta Biswa Sarma, was picked to brief about the political resolution presented by the home minister, Amit Shah. Sarma was chosen to underline the political significance of the Northeast for the BJP. The women and child development minister, Smriti Irani, was asked to handle the inaugural address by JP Nadda. Irani had snatched Amethi from Rahul Gandhi. The former law minister, Ravi Shankar Prasad, was chosen to brief about the most important speaker at the conclave, Prime Minister Narendra Modi.

Prasad was among the seven lawmakers who were dropped during the cabinet reshuffle last year. Could Prasad be on his way to regaining his importance? But not everyone seems convinced. Maybe, it is because Raviji can handle such briefings better, one party leader said.

The Biju Janata Dal chief and the CM of Odisha, Naveen Patnaik, is known for outsmarting the Opposition. As the state BJP was planning to give a rousing welcome to the National Democratic Alliance’s presidential candidate, Droupadi Murmu, Patnaik acted swiftly. He reached out to the Congress leader, Narasingh Mishra, eliciting his support for Murmu, and even sent out his ministers to meet other Congress leaders. The BJD also released video and photographs of Patnaik’s meeting with an independent MLA and his party colleagues’ meeting with Congress leaders.

With this move, Patnaik achieved two things — he sent the message that the BJD is not with the NDA but with Murmu and created fissures within the Congress. The presidential candidate of the Opposition, Yashwant Sinha, was scheduled to visit the state but the trip was cancelled.

The Congress in Uttar Pradesh seems to be under the impression that it will defeat the BJP in the 2024 Lok Sabha elections. However, some political observers disagree. Ajay Kumar Lallu had resigned as the state president after the Congress’s deplorable performance in the assembly elections this year and the party is still without a UPCC chief.

The elections for urban bodies are reportedly due in November. Akhilesh Yadav, the president of the Samajwadi Party, and Mayawati, the Bahujan Samaj Party chief, have held meetings regarding the polls. The BJP is in the process of choosing its candidates. However, the Congress is yet to start its preparations. It has hired a new security agency to guard its UPCC headquarters. “We come to Lucknow from distant places for ticket to contest local body elections and return from the gate without meeting anybody... we don’t know whom to meet if we somehow enter the premises”, a ticket-seeker was overheard lamenting near the gate.

The Arvind Kejriwal government in Delhi has repeatedly claimed that a million people have found jobs in the private sector through its Rozgar Bazaar website since its launch in 2020. The government has even promised two million jobs in the next five years. However, The Hindu revealed that while the number of jobs advertised was more than a million, only 12,588 were hired through the website. The party came to power in 2015 on the promise of regularising temporary jobs in the government and the in situ resettlement of slums. There has been little headway on either front.

Congress workers in Karnataka are divided over who should be the party’s next CM candidate. The state party president, DK Shivakumar, may think that it will be his turn, but the supporters of the leader of the Opposition, PC Siddaramaiah, want the former CM to return to power. The best way, according to them, is to celebrate Siddaramaiah’s 75th birthday as ‘Siddaramotsava’. The neutral Congress camp is worried that this will only divide the party and help the BJP.

The BJP parliamentarian from Mysore-Kodagu, Pratap Simha, was in for a shock when the Congress leader, M Lakshman (picture), herded pigs and donkeys to the former’s office. What better way of challenging the MP who allegedly refers to his political rivals as ‘pigs’ and ‘donkeys’? The boar was the emblem of the great Vijayanagara empire and donkeys have been part of the lives of the Madivala (washermen) community. Had the police not stopped the march, Lakshman and the animals would have entered Simha’s office.