Dreams do come true, but not always in the ways one had imagined

Maharashtra chief minister Devendra Fadnavis looks certain to return for another term. Rumour, however, has it that the 49-year-old BJP leader is aiming higher, right for the stars. But he has been advised caution.
(PTI)
The Telegraph   |     |   Published 29.09.19, 06:13 AM

Dreams do come true, but not always in the ways one had imagined. Among the chief ministers of the Bharatiya Janata Party-ruled states, Devendra Fadnavis, the Maharashtra CM, has emerged as a star if the whispers in the corridors of power are to be believed. Indeed, during his modelling days before he joined politics, Fadnavis did have aspirations of becoming a star. But his long-cherished dream seems to be finally reaching fruition in politics. The whispers have it that Fadnavis has got his finger on the pulse of a difficult state like Maharashtra. In the Maratha dominated politics of Maharashtra, Fadnavis has managed to succeed in spite of being a Brahmin. Maharashtra is among the three states headed for polls this year, but only Fadnavis has been given a virtual free hand by the Amit Shah-led central leadership when it comes to managing the elections. Party insiders said that Fadnavis’ choice will prevail in the selection of candidates and also when it comes to deciding the vexed seat sharing negotiations with the Shiv Sena. His closeness with the leadership in Delhi is perhaps what led the CM’s wife, Amruta Fadnavis, to hail the prime minister as the “father of the country” on his birthday. Fadnavis looks certain to return as CM for another term. Rumour, however, has it that the 49-year-old leader is aiming higher, right for the stars. But he has been advised caution. Is that because there is space for only two stars in the BJP’s firmament? 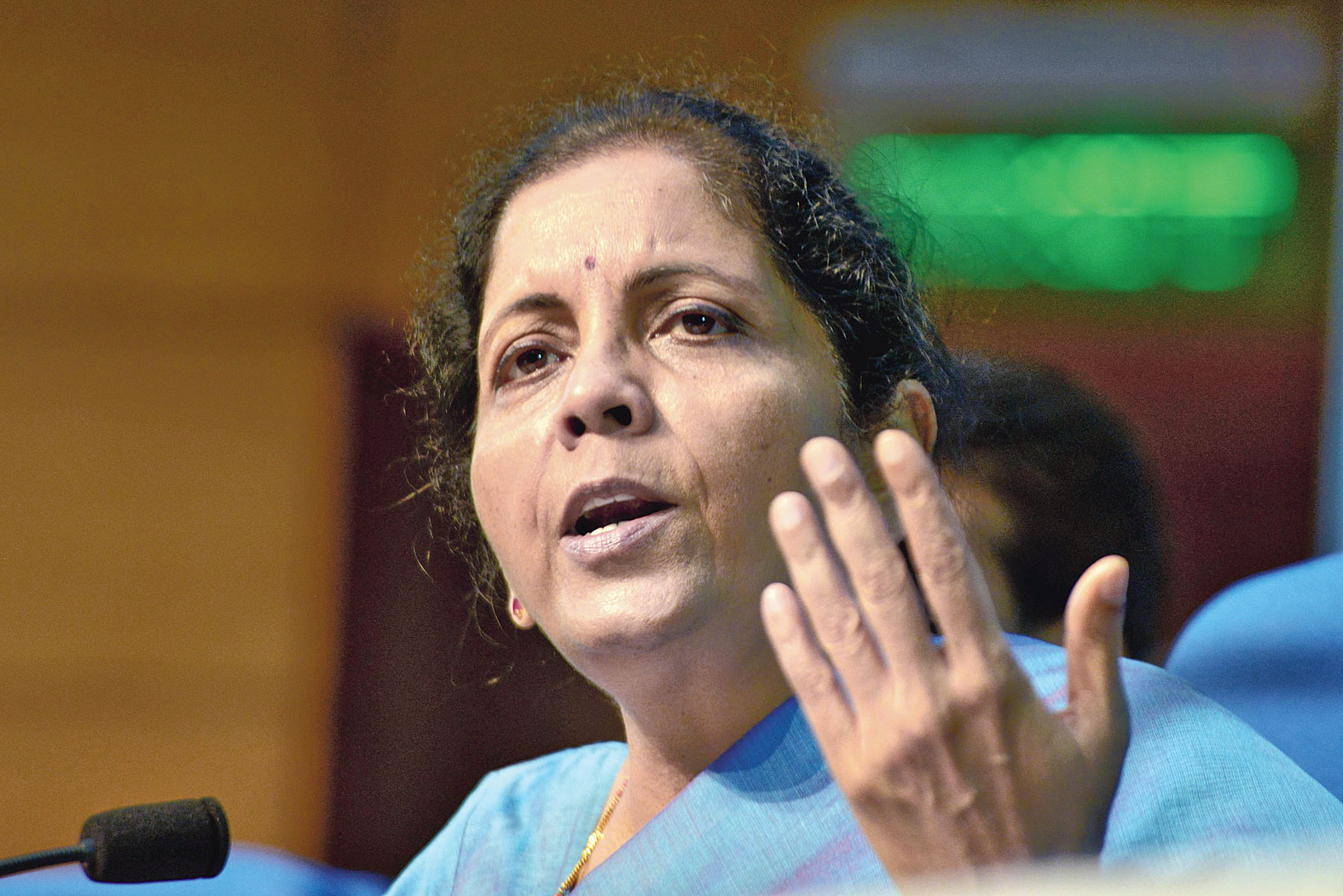 One language, many hiccups

Hindi, according to the powers that be in the BJP, is a great unifying force. No wonder then that the finance minister, Nirmala Sitharaman, tries to speak in Hindi whenever the occasion arises. But the fact that she struggles each time cannot be missed. One of the most spirited spokespersons of the BJP, even long before her political career skyrocketed, she tried her best to address press conferences in Hindi, realizing the importance of the language in a party driven by the “Hindi, Hindu, Hindustan” slogan.

This week, Sitharaman was invited to the release of a survey carried out on the status of women by an organization that is linked with the Rashtriya Swayamsevak Sangh. The pressure to speak in Hindi was much more given the fact that it was an RSS function where no less than its chief, Mohan Bhagwat, was present. Sitharaman heard speaker after speaker address the crowd in Sanskritized Hindi. When her turn came she, too, tried to speak in Hindi but could not sustain momentum. After one or two sentences in Hindi she kept switching to English and then, again and again, tried to return to the “unifying language”, before giving up altogether. Oops! It seems like even leaders of the great unifying party of India are tripping over its “one nation, one language” project.

While one language might not have the unifying power it is supposed to have, the colour green is indeed a great unifier. The Dravida Munnetra Kazhagam contributed ten crore rupees to the Communist Party of India (Marxist) and fifteen crore rupees to the Communist Party of India during the Lok Sabha polls. The statement of election expenses filed by the DMK shows that besides its two communist allies, it also gave its partner in western Tamil Nadu, Kongunadu Makkal Desiya Katchi, fifteen crore rupees.

The CPI(M) and the CPI contested two seats each in Tamil Nadu and won, and the KMDK won a seat on a DMK ticket. Spokespersons from the DMK have claimed that the transfer of funds is routine, and the Left parties have said that the money was for expenses of the rallies of DMK leaders. However, the Left is in an ethical dilemma since it has been part of alliances in the past without accepting funds from its allies.

The former governor of Mizoram, Kummanam Rajasekharan, who lost badly to Shashi Tharoor in the Lok Sabha polls, has been drifting since his abysmal show. One section of the BJP in Kerala tried to get him to contest in the bypolls for the five assembly seats. Others say that he is eyeing something bigger. Since the state BJP president, PS Sreedharan Pillai, is uncomfortable about the presence of the veteran leader in Kerala, speculation is that Rajasekharan might want another go at the state chief’s post. With such powerful friends in Delhi, that is not a surprise.

Word is that the government may not go for a blanket ban on single-use plastic from October 2. But chances are that the government which prefers shock and awe tactics may instead go for a phased approach this time. On hearing this, a silver-tongued former minister from the Congress was was quick to quip: “This is Manmohan Singh’s language!” 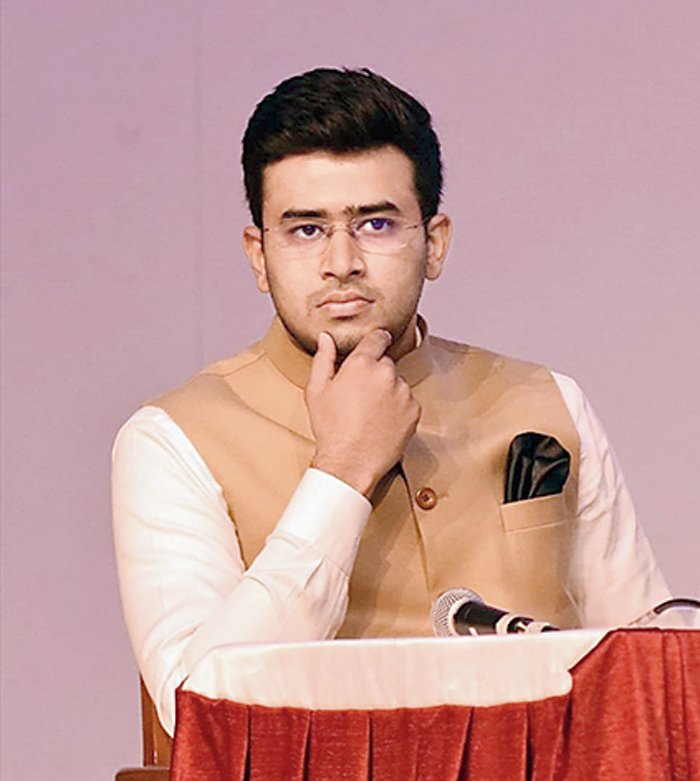 The first-time Lok Sabha member, Tejasvi Surya, known for having claimed that ‘If you’re anti-Modi, you’re anti-India’ got an earful for ignoring the interests of his own state. In another attempt to please the Centre, the young hardliner who represents Bangalore South, had said that there was no need of Central funds for flood relief in Karnataka. Short of cash to handle the calamity that cost Rs 35,000 crore and irked by the comment, the Karnataka CM, BS Yediyurappa, called Surya and gave him a piece of his mind. Perhaps the young brand ambassador of Hindutva politics will now learn to think before he speaks.

Those imprisoned during Emergency to get pension: Fadnavis