If you think India, Hindusthan and janmabhoomi mean the same place, read on 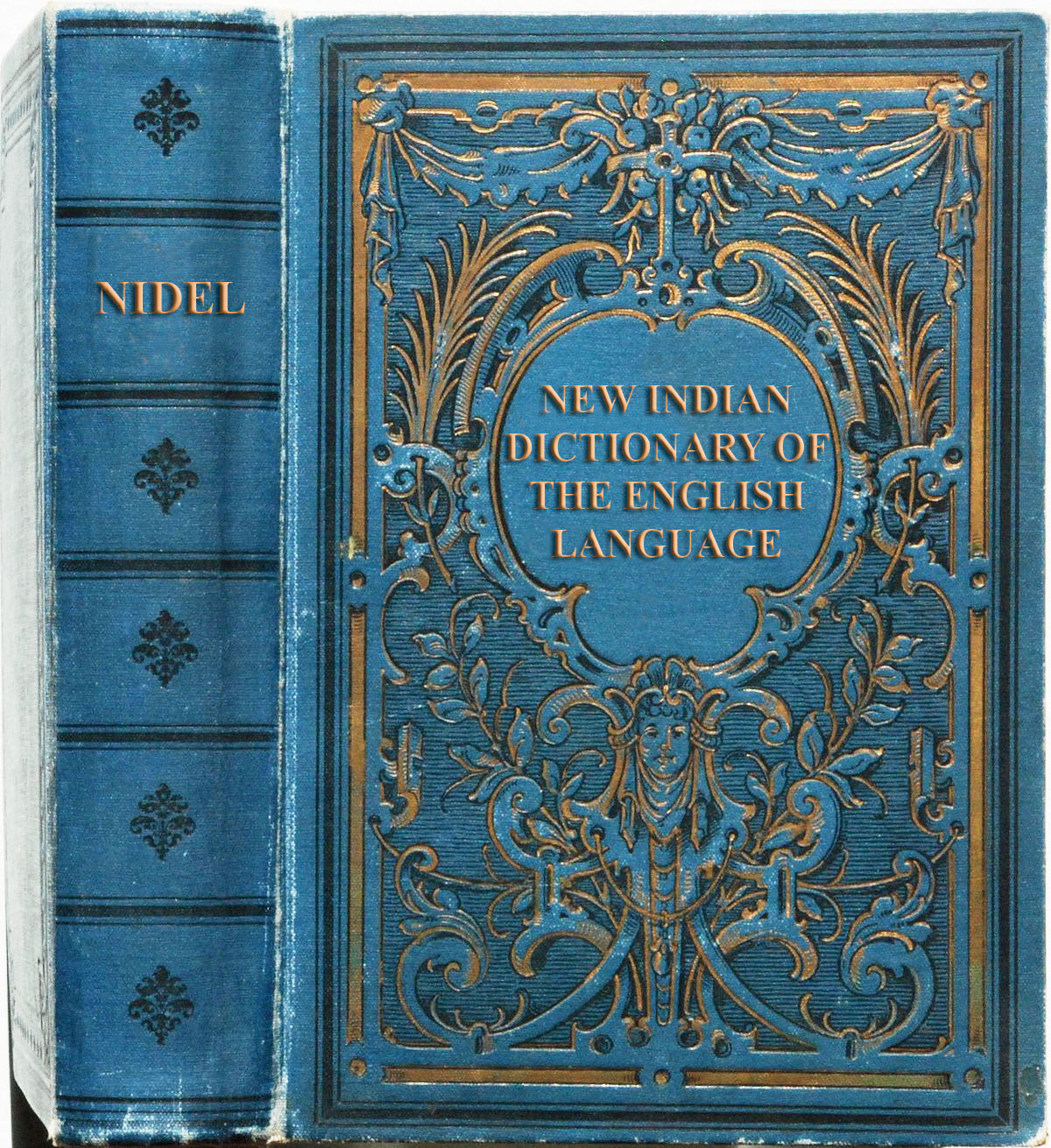 aspiring: adj. a word used by professional and upper middle-class supporters of the BJP (also known as bhakts) to approvingly describe poor or lower middle-class people who vote for Modi. Roughly translatable into ‘people who want a better life’. For terms used by bhakts to describe poor voters who don’t want a better life and therefore vote for parties opposed to the BJP, see, in alphabetical order, haramzadae, Maoists, Naxals, Pakistanis, terrorists, vote banks and Xtians.

bhakt: n. a supporter of Narendra Modi; the Hindi word for worshipper is here used to convey the devotion of such supporters to the prime minister. Sometimes used pejoratively by libtards, sickulars, Lutyens-elite and urban Naxals to suggest unthinking and fanatical attachment to Modi’s persona. Not to be confused with the followers of the medieval bhakti movement whose devotees lacked both the sectarian rage and the Twitter access that makes Modi’s modern cultists the force that they are.

communal harmony: adj.+n. 1. funereal chorus written for many voices routinely sung after riots in the subcontinent. 2. the ability of BJP ministers, chief ministers, MPs, MLAs, and common or garden bhakts to sing, a cappella, in perfect unison, without instrumentation, orchestration or sheet music, songs blaming victims of lynchings for their own deaths.

demon.: n. abbrev. short for demonetization. English for notebandi. Proposed by Narendra Modi as a way of sterilizing the parallel economy by purging it of black money. Closest lexical precedent: nasbandi during the Emergency regime of an earlier prime minister, Indira Gandhi, designed to cure overpopulation by tackling its root cause. Notebandi adjudged by expert consensus to be as successful as nasbandi.

e-commerce: n. closely allied to demon. Both processes dedicated to the de-materialization of cash and the bloody-minded poor who insist on dealing in it. In the pipeline for the digitization of India: Amazon for anganwadis, Flipkart for fakirs, PayTM for pakoda vendors.

haramzadae: n. plural bastards. One of the few Persian words owned by the otherwise Sanskrit-loving rhetoricians of the sangh parivar. Used to describe Muslims as republican India’s bastard children who lack, therefore, the right to citizenship that is the birthright of Ramzadae, i.e. Hindus, who are, metaphorically, Ram’s virtuous descendants. An early characterization of Muslims as literally illegitimate. The BJP’s suggestion that the National Register of Citizens be extended beyond Assam to other Indian states lays the groundwork for a statutory all-India Inquisition dedicated to sorting out Ramzadae from haramzadae.

India: n. the inclusive name for our national community. (archaic/obsolete in parts of Nagpur) See Bharat, Hindustan. Hindusthan is a political neologism coined by inserting a second ‘h’ into the Persianate Hindustan, that trades on the popularity of the Persian term to suggest that India has been traditionally described as the ‘sthan’ or home of the Hindus. Historically Hindustan refers to the subcontinent east of the Indus/Sindhu.

janmabhoomi: n. birthplace. Ram Janmabhoomi: a successful attempt to literalize Ram by giving him a fixed birth address. The vandalized mosque that once stood in Ayodhya was cast as the Babri Masjid. This dual mythology — Ram’s birthplace vs Babur’s Mosque — cleared the ground for the Ramzadae/haramzadae opposition (see above). In the idiom of the Hindutvavadi Right, Hindus are Ram’s descendants and Muslims are Babur ki santan, the spawn of the Mughal dynasty’s founder.

Kansa: prop. n. Krishna’s wicked mama. In the repertory company known as the sangh parivar, Kansa is the role from the epics most favoured by its leading actors. Evident during the JNU brouhaha when leading bhakts fell over one another auditioning to play Kanhaiya’s bloodthirsty uncle.

lynching: var. n. starting with the murder of Mohammad Akhlaque, the lynching of minority citizens by majoritarian mobs in Modi’s India is best understood as bespoke pogromming. Instead of killing members of minority communities in bunches (‘communal rioting’ in the vocabulary of modern India), lynch mobs are tailor-made for exemplary, individual executions. The crusade to stop cows from being turned into beef, turns men into meat with impunity.

Maoist: n. rural guerrilla movements and splinter communist factions who choose to name themselves after a monstrous Chinese megalomaniac that the Chinese would rather forget. An act of PR suicide unparalleled in the annals of modern politics.

Naxals: n. Maoists by another name. Translators of peasant and tribal grievance into retaliatory violence and ideological assassination.

Omit Shah: prop. n. a change.org petition drafted in Bengal to demand the deletion of the BJP president from national politics.

pseudo-secular: adj. a derisive term for secular people coined by a genuinely communal politician. An older, hyphenated, pre-Twitter version of sickular. Pseudo-secularists are part of an extended family of undesirables that include anti-nationals and their kissing cousins, urban Naxals. The asli-terrorists who drew up this family tree have set about pruning it: Gauri Lankesh, Narendra Dabholkar, Govind Pansare and M.M. Kalburgi were murdered for their pseudo-anti-urban convictions.

quasi-humanist: n. the ideological position of the Hindutvavadi Right. The position is based on a hierarchy of humanness where the Hindu is the quintessential Indian purusha and non-Hindus are inferior aliens. It is this ideological inability to think in terms of human beings as a single, equal species, that connects Hindutva to the racialized nationalism of Germany in the 1930s that inspired Golwalkar. Later, Deendayal Upadhyaya borrowed the vocabulary of humanism while leaving out the universality that defines it. He named the result ‘integral humanism’; a more accurate description might be selective or quasi-humanism.

rafale: n. from the same root as raffle from where it derives its sense of an arbitrary allocation of reward to a random recipient. The inside track on very large transactions; ‘I bid for it but it wasn’t an auction, it was a rafale.’ Made a byword by the opaque deal for the purchase of French fighter aircraft of the same name by the current Indian government. Potential candidate for the OED’s Word of the Year.

Swachh Bharat Abhiyan: Clean India Mission: a classically savarna solution for purging India of filth: eliminating open-air defecation by encouraging the construction of indoor toilets. In the absence of new sewage networks or investment in equipment for mechanized cleaning, the expansion in the number of pit latrines and septic tanks will likely lead to an increase in both manual scavenging (the collection of faeces by hand) and deaths amongst Dalit communities assigned this non-human job. Five young men died cleaning a septic tank in an upscale Delhi neighbourhood in September 2018.

terrorism: n. 1. the targeted murder of individual Muslims by WhatsApp mobs and political goons; see lynching. 2. the assassination of rationalists, liberals and leftists by shadowy extremist outfits like the Sanathan Sanstha and the Hindu Janjagruti Samiti. See pseudo-secular.

urban Naxals: n. see pseudo-secular. Unlike pseudo-secularists and anti-nationals who are often targeted and killed by free-range fanatics (see terrorism), urban naxals are generally singled out by fantasists in police uniforms. As a demographic urban Naxals are earnest academics and activists who annoy the political masters of these magical-realist policemen on account of their stubborn, too-driven-to-be-fearful, bloody-minded dedication to nearly lost causes.

Westoxification: n. bhakt term for a commitment to liberal ideas. In this construction, the Western history of liberalism makes Indian liberals rootless, deracinated and obsessed by alien ideas. Bhakt immunity to notions of liberty, equality and fraternity is genuinely formidable. See quasi-humanism.

Yogi: n. 1. a practitioner of yoga. 2. A spiritual adept defined in the following way by Krishna in the Bhagavad Gita: “Non-injury, truthfulness, freedom from wrath, renunciation, peacefulness, non-slanderousness, compassion for all creatures, absence of greed, gentleness, modesty, lack of restlessness, radiance of character, forgiveness, patience, cleanness, freedom from hate, absence of conceit; these qualities are the wealth of a divinely inclined person, O Descendant of Bharata.” Not, therefore, a title to be ceded to bears and self-styled netas.